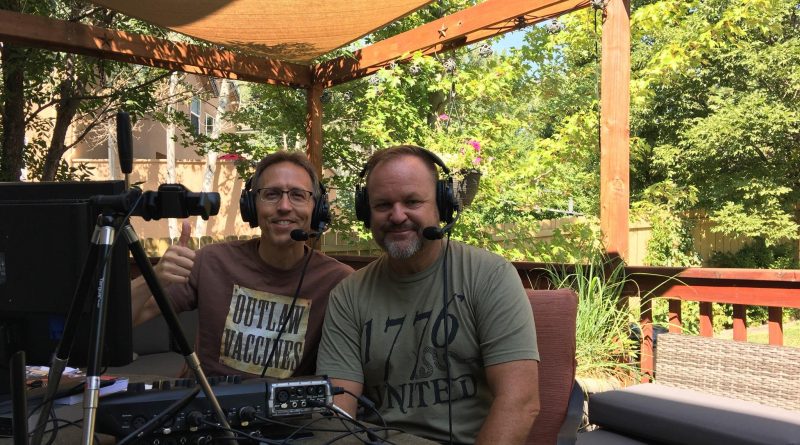 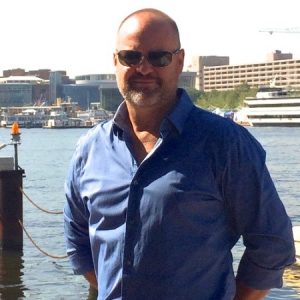 For over 10 years Sierra Natural Science (SNS) has led the way in providing natural and organic products for use to replace traditional harsh chemical applications. SNS develops products that are environmentally safe for all humans, animals and pets while allowing sustainable gardening and farming. The science behind SNS products is cutting edge and our products are proven to work, and they do! Sierra Natural Science’s success is based on our ability to produce patented secret ingredients under strict quality guidelines. Sierra Natural Science is committed to expanding our already broad line of products. Our company is built on proven values and highly motivated people. We are proud that all Sierra Natural Science products are made right here in America. The SNS Team 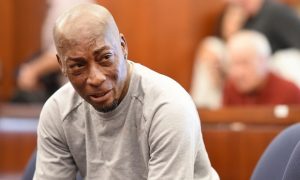 One man’s suffering has exposed Monsanto’s secrets to the world It was a verdict heard around the world. In a stunning blow to one of the world’s largest seed and chemical companies, jurors in San Francisco have told Monsanto it must pay $289m in damages to a man dying of cancer which he claims was caused by exposure to its herbicides. Monsanto, which became a unit of Bayer AG in June, has spent decades convincing consumers, farmers, politicians and regulators to ignore mounting evidence linking its glyphosate-based herbicides to cancer and other health problems. The company has employed a range of tactics – some drawn from the same playbook used by the tobacco industry in defending the safety of cigarettes – to suppress and manipulate scientific literature, harass journalists and scientists who did not parrot the company’s propaganda, and arm-twist and collude with regulators. Indeed, one of Monsanto’s lead defense attorneys in the San Francisco case was George Lombardi, whose resumé boasts of his work defending big tobacco. 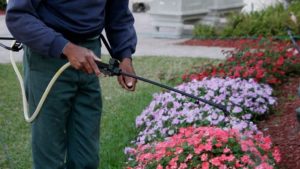 Weedkiller glyphosate ‘doesn’t cause cancer’ – Bayer Pharmaceutical group Bayer has dismissed claims that an ingredient used in weed killers is carcinogenic. The German company, which owns agriculture giant Monsanto, says herbicides containing glyphosate are safe. On Friday, Monsanto was ordered to pay $289m (£226m) damages to a man who claimed the products caused his cancer. A Californian jury said Monsanto should have warned users about the dangers of its Roundup and RangerPro weedkillers. Bayer completed its $66bn takeover of Monsanto in June. A Bayer spokesperson told the BBC the two companies operate independently. In a statement the company said: “Bayer is confident, based on the strength of the science, the conclusions of regulators around the world and decades of experience, that glyphosate is safe for use and does not cause cancer when used according to the label.”

Hi Robert hope your travels were great experience for you and your family. Hope Super D is awesome today as well. I was hoping to get an question about Macular degeneration and cataracts answered. I was looking up possible treatments for it and good old colloidal silver came up. If silver could reverse this could you use it safely every day tell it goes away? Or what else could you use? Thank you Robert and Super D keep rocking the health world.

My nephew is 30 years old and his colon and rectum are completely removed. He had the surgery for and got the colostomy bag. He hated it. It bubbled, leaked and was so embarrassing. He then had the Jpouch about a year ago and he is doing horrible. His bottom and inside is so inflamed that the only thing that helps is baths. He is constantly in the bathroom. The surgeons said it takes awhile for your brain to connect and you will be able to hold your stool. That hasn’t happened. The surgeons want to do a reversal of the jpouch and have him wear the colonoscopy bag. He is devastated. I cant explain the whole thing because he started having problems 4 years ago. It’s been an awful battle. I cant even begin. He is depressed and he is scaring our family.
Is there anything that will help decrease the inflammation? help with devastation??

He is scheduled for the surgery next month. (reversal of the jpouch) Any advice??

Will History Repeat Itself? 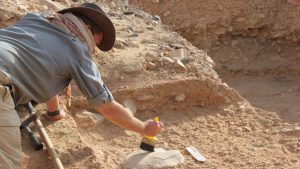 Laziness May Have Driven Homo Erectus to Extinction It turns out laziness existed long before couches and takeout. The “why bother?” attitude not only existed hundreds of thousands of years ago, but may also have led to the decline of an ancient human ancestor. Homo erectus first appeared 2 million years ago and went extinct some 50,000 to 100,000 years ago. But compared with other hominins, like Neanderthals, this species may have been quite lazy and more reluctant to adapt to a changing environment, according to new study published July 27 in the Journal PLOS One. Archaeologists from Australian National University analyzed thousands of newfound and previously unearthed artifacts from an excavation site in the Arabian Peninsula in modern-day Saffaqah, Saudi Arabia, in 2014. Their findings suggested that the Homo erectus species in that area exerted the minimal effort necessary to make tools and find supplies.

Hour 2 – Italy Does The Unexpected 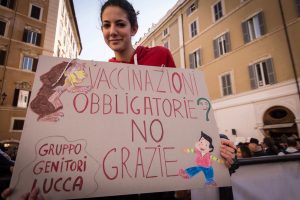 Italy’s U-turn on vaccination shocks scientists An amendment from Italy’s anti-establishment government that removes mandatory vaccination for schoolchildren is sending shock waves through the country’s scientific and medical community. It suspends for a year a law that requires parents to provide proof of 10 routine vaccinations when enrolling their children in nurseries or preschools. The amendment was approved by Italy’s upper house of parliament on Friday by 148 to 110 votes and still has to pass the lower house.  The law had originally been introduced by the Democratic Party in July 2017 amid an ongoing outbreak of measles that saw 5,004 cases reported in 2017 — the second-highest figure in Europe after Romania — according to the European Centre for Disease Prevention and Control (ECDC). Italy accounted for 34% of all measles cases reported by countries in the European Economic Area, the center said. Italy’s Five Star movement and its coalition partner, the far-right League, both voiced their opposition to compulsory vaccinations, claiming they discourage school inclusion.

Salt Is Not Your Enemy…Still 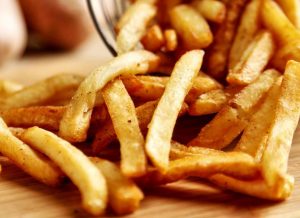 Reducing Salt To Very Low Levels May Be Dangerous A new paper from a very large ongoing observational study offers additional and more powerful evidence that dramatic reductions in salt consumption may not be beneficial and might even prove harmful. The finding supports growing criticism that current guideline recommendations to dramatically lower salt intake in the general population may be misguided. The study also suggests that too much salt in the diet is not a widespread global problem, though some populations which consume very high levels of salt would likely benefit from curbing salt. The new paper in the Lancet is from the Prospective Urban Rural Epidemiology (PURE) study, an ambitious ongoing observational study. The current paper reports blood pressure and cardiovascular community outcomes in 94,000 adults from 21 countries based on estimated sodium and potassium intake calculated from a single fasting morning urine specimen. Study subjects have now been followed for an average of 8 years.

Constitutional Convention – Is It Time? 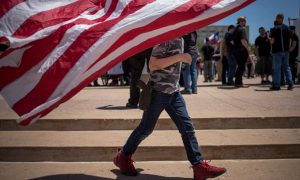 Conservatives call for constitutional intervention last seen 230 years ago It’s been more than 230 years since America’s last constitutional convention, but there is growing confidence in some conservative circles that the next one is right around the corner – and could spell disaster for entitlement programs like medicare and social security, as well court decisions like Roe v Wade. “I think we’re three or four years away,” said the former Oklahoma Senator Tom Coburn on Friday, speaking at the annual convention for American Legislative Exchange Council (Alec) – a powerful rightwing organization that links corporate lobbyists with state lawmakers from across the country. Coburn, a veteran Republican lawmaker, now works as a senior adviser for the advocacy group Convention of States, which seeks to use a little known clause in article V of the US constitution to call a constitutional convention for new amendments to dramatically restrict the power of the federal government. Coburn, who retired from the Senate in 2010, said that the American republic is “failing”, and that such a convention is the “only answer” to the problems the country faces today. 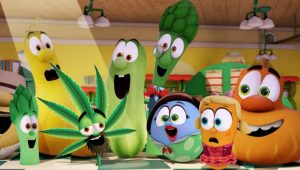 Thanks To New Laws, VeggieTales Finally Introduces New Cannabis Character VeggieTales creators are celebrating the legalization of recreational cannabis use with a new character, Cannabis Carl. The character is a sign of the progress the United States has made on its views on the controversial plant. “Kids are ready for this,” said Dreamworks executive Brian Jones, who is overseeing production on the current series. In his inaugural episode, Cannabis Carl will be at the border to the VeggieTales house property, trying to cross over to start a new life, only to be met by Pa Grape who is out patrolling for illegal vegetables. After Pa Grape puts Carl in custody for being an illegal plant, Mayor Archibald passes a new law that Cannabis Carl is a legal citizen. Carl is welcomed by the Veggie Cast as they sing a song about old laws and new covenants, drawing a powerful parallel from scripture that is easy for kids to understand. As the episode ends, Cannabis Carl helps Mayor Archibald cure glaucoma in his right eye and ends up becoming roommates with Mr. Lunt, buying snacks at Pa Grape’s store and living off of the town’s generous food stamp program. 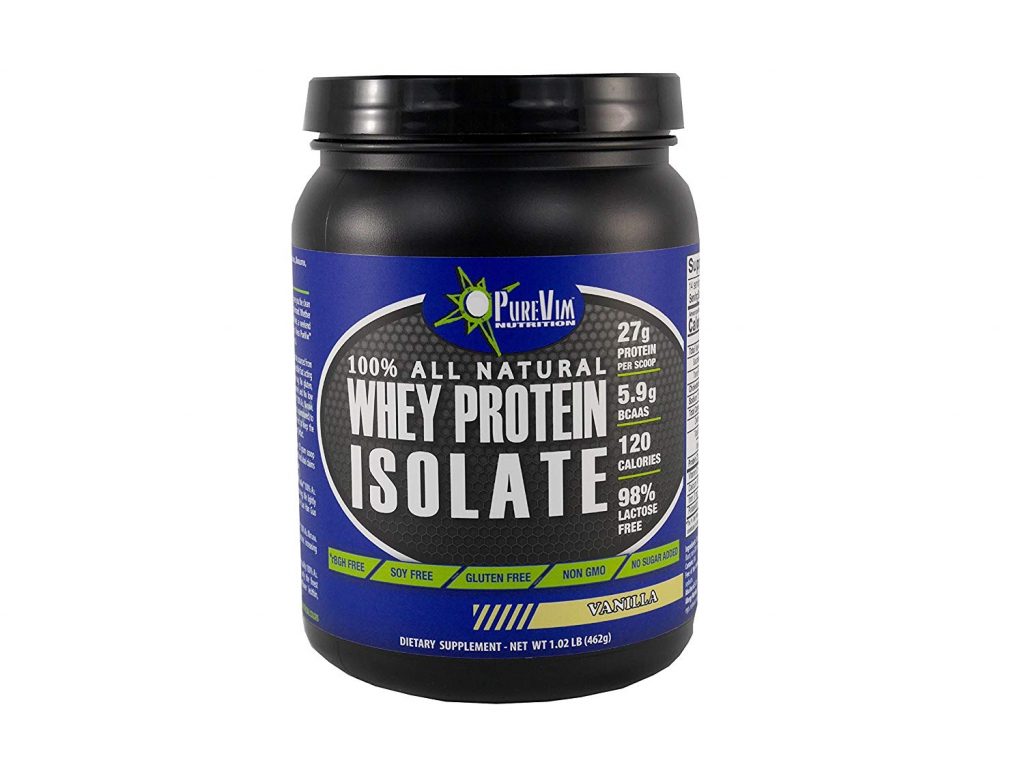