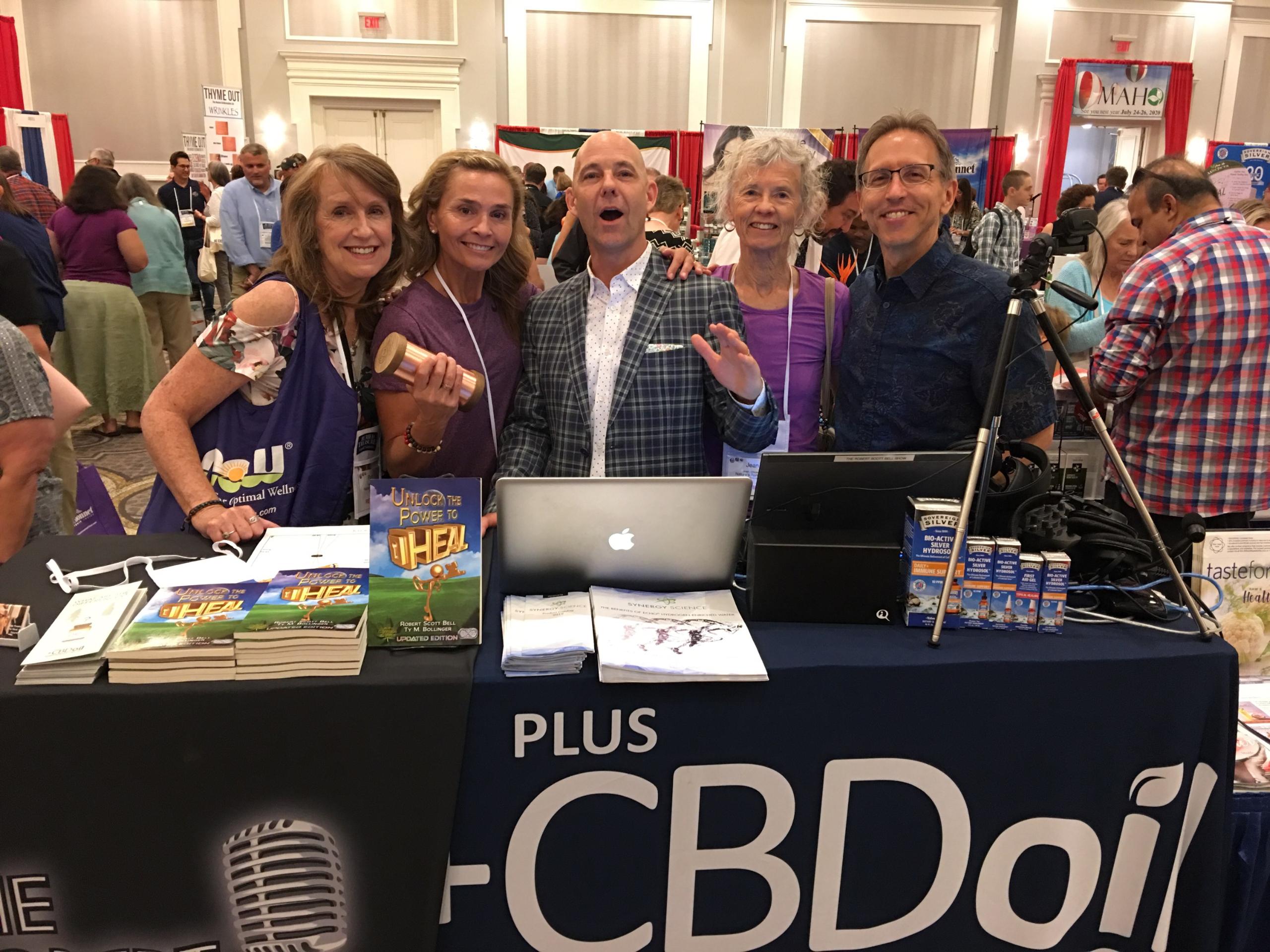 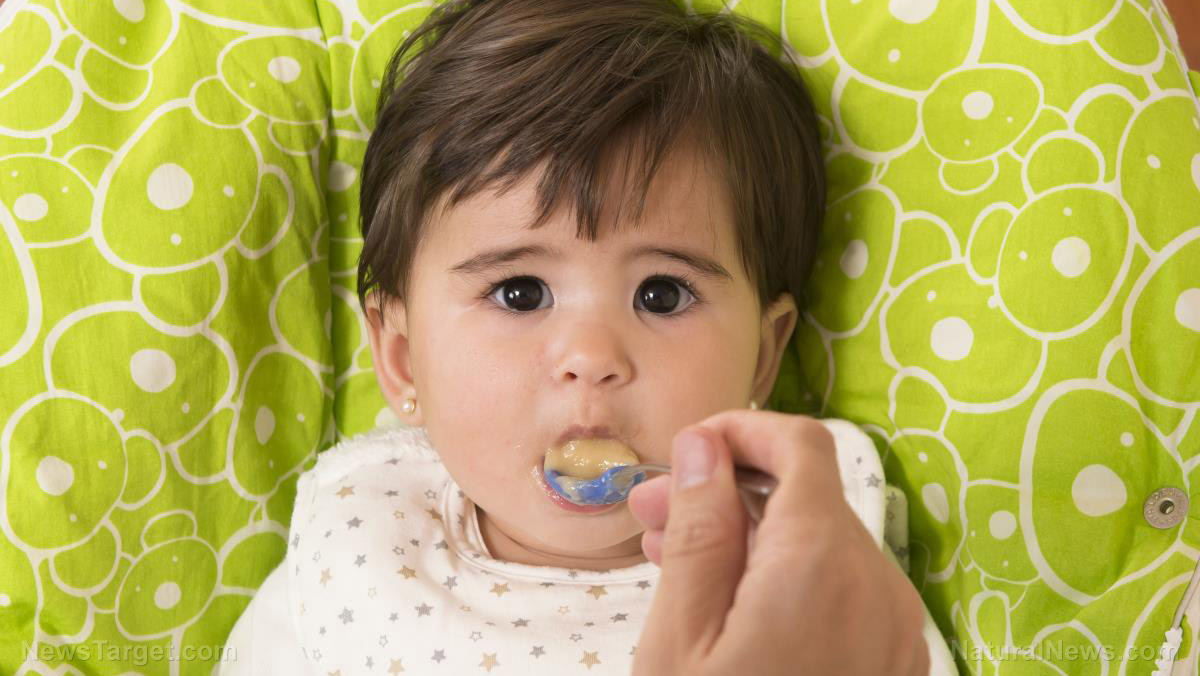 The CUMULATIVE effect from a child’s first 6 years of 60 vaccines, daily GMOs and fluoridated water Children today grow up in a much more toxic food and medicine “environment” than us adults did just 30 to 40 years ago. Back in the 1970s and 80s, children weren’t bombarded with dozens of vaccines during their first months of life, and conventional food wasn’t corrupt with bug-killing and weed-killing pesticides that affect cognition, development, memory, behavior, and social and motor skills. Heavy metal toxins like mercury and aluminum are easily found in today’s vaccines, including the ever-popular and deadly flu shots, that are highly recommended (even when they admit they picked the wrong viral strains) for all U.S. pregnant women and then their fragile babies at six months. Yes, the multi-jab still contains mercury, and at high levels too. Then there’s tap water that contains sodium fluoride – a byproduct of the phosphate mining industry that doubles as an insecticide. Fluoride in tap water causes lowered IQ, chronic inflammation and eventually, brittle bones and cancer. Combine that with GMOs and 60 vaccines in six years and what have you got? What’s in your baby’s “formula?” Sure hope it’s not FDA or CDC recommended.

Hello RSB and family, so I was listening to dr joel Wallach make a statement that if your having heart palpitations – simple solution – just take selenium in colloidal form – problem solved. My question is what are we taking with CTBH selenium versus colloidal selenium? Your thoughts please. Love and good thoughts coming your way as always , Lori.

EPA Rejects Ban On Common Pesticide Linked to Brain Damage in Children The Environmental Protection Agency on Thursday said it would not ban chlorpyrifos, a pesticide used for killing insects, citing a lack of scientific evidence and drawing ire from environmental groups that say it could cause harm to the children of women who are exposed to the pesticide when pregnant. While the agency banned the indoor use of chlorpyrifos in 2000, the chemical is still widely used in the agricultural industry to protect crops, especially corn, from insects. The pesticide, which is produced by Corteva, an agricultural chemical company formerly part of DowDuPont, and goes by the brand names Dursban and Lorsban, is also regularly used on golf courses to kill worms, fire ants and other bugs. Environmental groups that have challenged the agency in court say there’s ample scientific evidence to show that chlorpyrifos is dangerous to children’s neurological development, such as a 2006 study that shows that children who are exposed to chlorpyrifos in the womb are at risk of delayed physical and mental development as well as attention and hyperactive disorder problems. 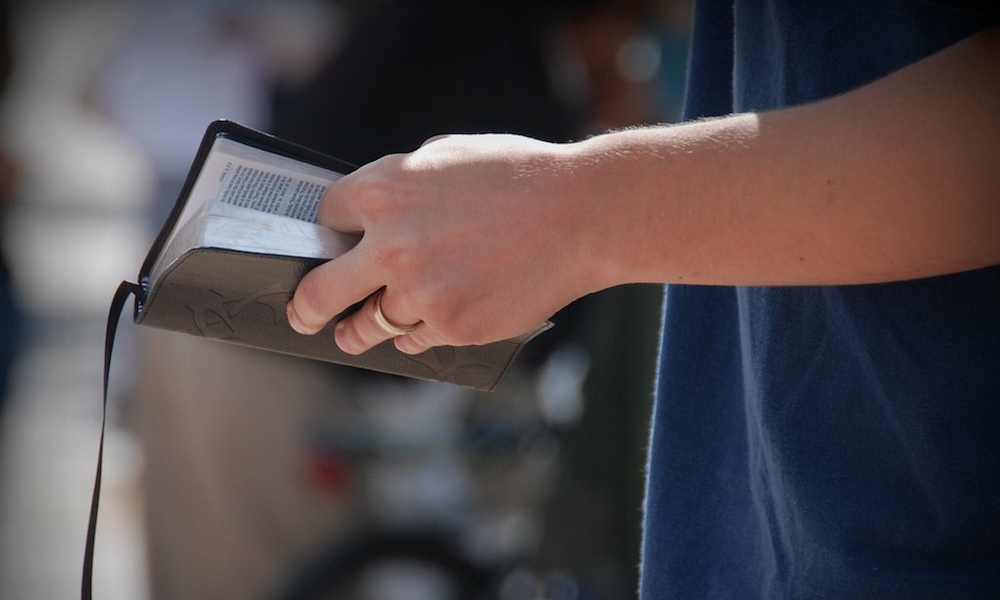 Christian Bookstore Changes Its Name Because of CBD Customers The American CBD craze has reached biblical proportion. It is almost as though the second coming of a man named Jesus swooped down to Earth a few years back and manifested a new vision for showing the people of the planet his mighty hand. But instead of changing water into wine, bringing the damned back from the dead and you know, all of that boring stuff, the savior 2.0 now stands on the mound of pop culture feeding the citizens an inspiring spiel about how cannabidiol can help them fight the various plagues that threaten to make ghosts of us all. And these people, who, for obvious reasons, are shaken, scared and a bit confused, have bought into the newly penned gospel of ganja-light. They have done it with so much enthusiasm, in fact, that dealers of old-time worship ballyhoo have had no choice but to take a backseat to the fanfare. 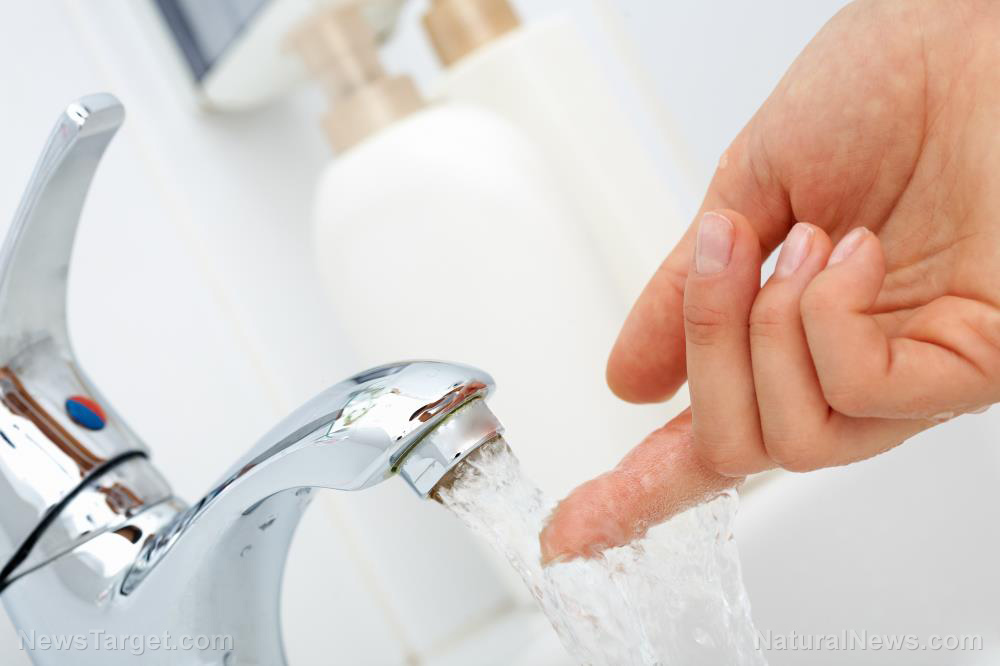 Yes, you can be TOO clean – and it’s making you prone to superbugs Many people get diseases from bacteria, viruses, and other pathogens because of poor hygiene. However, a new study shows that being too clean also makes you prone to superbugs. This raises more concern as the number of people who become ill and die from antibiotic-resistant germs is increasing globally. Researchers at the Institute of Environmental Biotechnology at Graz University of Technology (TU Graz) in Austria looked at microbial control – which refers to the degree of cleaning and hygiene measures – and how it affects the development of resistances. They conducted the study with national partners of the Medical University of Graz and international partners. For the study, which was published in the journal Nature Communications, the research team compared all existing microorganisms and antibiotic resistances on surfaces of clinical settings with other built environments. They found that in areas with high levels of hygiene, microbial diversity decreases and the diversity of resistance increases. 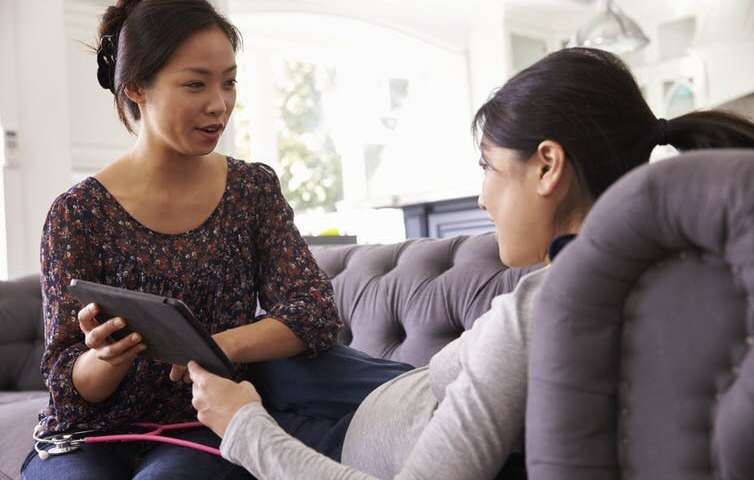 Home birth may start babies off with health-promoting microbes For all of human history, babies have been born where their mothers lived—whether in a house, hut or cave. Only in the last century has birth moved out of the home and into the hospital. How has that changed the types of microbes that live in and on our bodies—collectively known as the microbiome—which we know are vital to human health? To find out, our group of researchers from New York University, University of California San Francisco and Sejong University in Seoul, South Korea compared different kinds of fecal bacteria from babies born at home to babies born in the hospital. Our results suggest that hospital births can change the gut microbiome of newborns, perhaps placing these babies at higher risk for certain immune or metabolic disorders. So how do we respond? And why do I, as a hospital-based midwife, care? 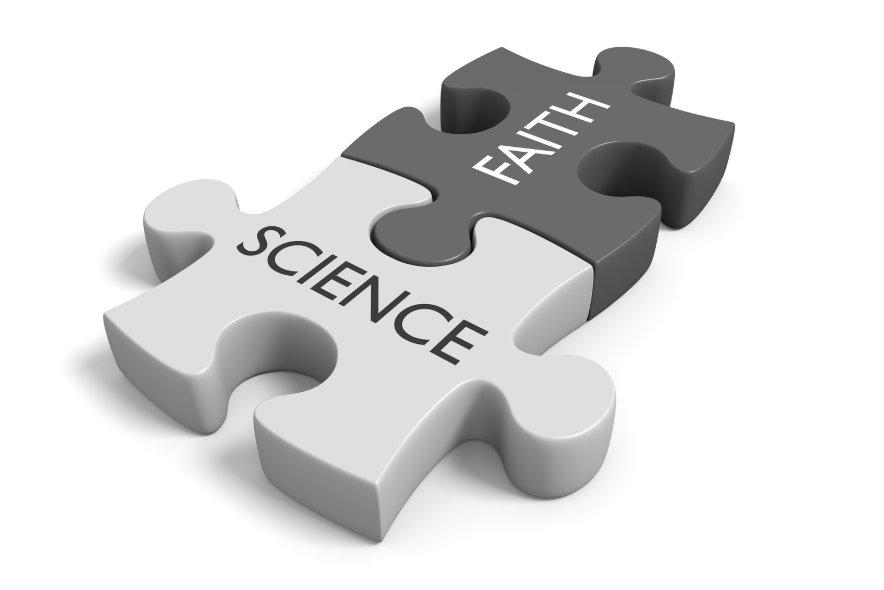 A Sense Of Awe May Bridge The Gap Between Science And Religion People who are strongly science-minded are often thought of as being too logical for religion—and this may be true to some extent. But according to a study published this week in the Journal of Experimental Social Psychology, it can also go another way: If awe is part of a person’s love of science, this can actually make people more likely to believe in a god of some description. Researchers from Arizona State University hypothesized that experiencing a sense of wonder or marvel—at science and at the universe it tries to explain—may be what mediates a connection between science-mindedness and a belief in god, or at least an openness to it. “There are many ways of thinking about God,” said study author Kathryn Johnson in a statement. “Some see God in DNA, some think of God as the universe, and others think of God in Biblical, personified terms. We wanted to know if scientific engagement influenced beliefs about the existence or nature of God.” 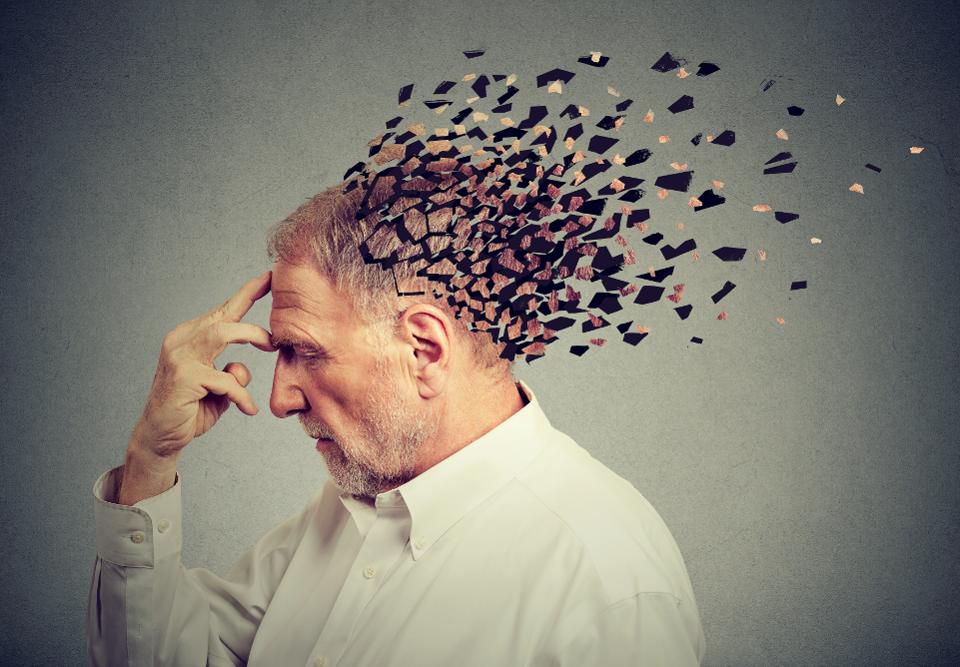 Is targeting brain inflammation the key to beating Alzheimer’s disease? The past decade of Alzheimer’s disease research has been fraught with disappointment. Years of focus on one hallmark of the disease ultimately resulted in no progress toward treatment or prevention. But next week, when top scientists gather in Los Angeles at the Alzheimer’s Association International Conference, an annual meeting, many will present research on a different target: inflammation. “The big breakthrough is that neuroinflammation is the target. It’s killing the bulk of the nerve cells that leads to dementia,” said Rudolph Tanzi, a professor of neurology at Harvard University and the director of neurology at Massachusetts General Hospital. Early research into Alzheimer’s disease pointed toward a conspicuous target: clumps of protein in the brain called amyloid plaques. When scientists studied the brains of people with Alzheimer’s disease who died, they noticed the brain tissue was full of these plaques, which are still considered a hallmark of the disease. But although research has shown time and time again that amyloid plaques may play a role in Alzheimer’s, it’s not the singular key to a cure.