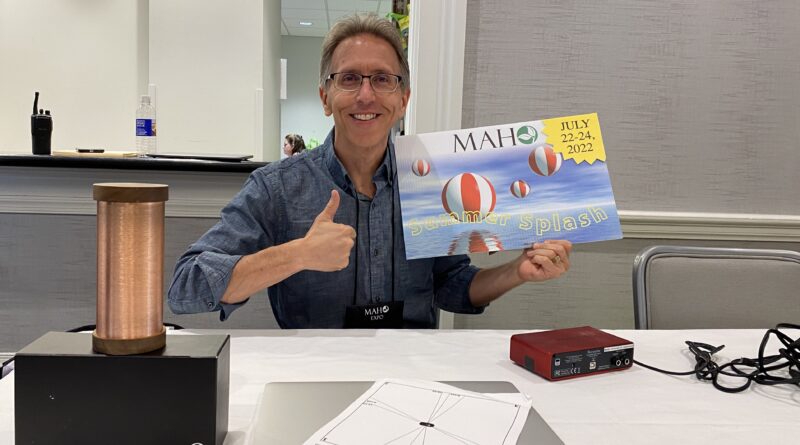 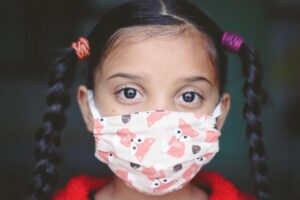 As Americans navigate conflicting COVID-19 mask advice, ‘everyone is confused’ A COVID-19 surge ignited in parts of the United States by the highly contagious Delta variant and vaccine hesitancy has led to new mask mandates and deep confusion among some people about which guidance to follow. In Los Angeles County, leaders have reinstated an indoor mask mandate, even for the fully vaccinated. Officials in Houston and New Orleans also raised coronavirus alert levels this week and told people to mask up. In Florida, however, Governor Ron DeSantis said on Thursday children will not be required to wear masks in school there this fall, arguing that “we need our kids to breathe.” Hours later, White House press secretary Jen Psaki told reporters: “If I were a parent in Florida, that would be greatly concerning to me.” “Everyone is confused about what they should be doing,” said Daniel Blacksheare, a 20-year-old in Santa Monica, California, who said he was infected twice last year. “I don’t understand why we have to suddenly wear a mask again.” The county sheriff in Los Angeles County said his department will not enforce the measure. The conflicting advice from officials at city, county, state and federal levels of government comes as hospital officials in the harder-hit states with lower vaccination rates are sounding the alarm about their systems being overwhelmed. 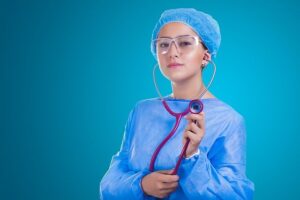 NJ hospital system threatening to fire unvaccinated employees faces backlash Unvaccinated healthcare workers are sparking outrage after receiving an ultimatum from their employer. Hackensack Meridian Health, one of the largest hospital organizations in New Jersey, is making its employees choose: get vaccinated or be terminated. A letter sent out to staff by CEO Robert Garrett calls for all hospital staff to have at least one coronavirus vaccine dose by October 1, or face continued suspension and eventual termination. Amanda Heim is a licensed practical nurse for a Hackensack Meridian hospital and one of the employees facing termination for her decision to not be vaccinated, she told Fox News. “I feel awful,” she said. “I feel like I have to choose between my values and a career, it’s terrifying.” Heim is one of the many Americans who don’t trust the available COVID-19 vaccines despite assurances from federal health officials that they’re safe and effective. “I don’t want to be vaccinated right now because I personally feel it is too soon,” she said. “We don’t know what any long-term side effects may be.” Heim said she was infected with the virus while she was eight months pregnant. “I had COVID prior and at that time, the [Centers for Disease Control and Prevention] said COVID posed no great risk to pregnant women,’ she said. “Well, I spent a week-and-a-half quarantined in my bedroom. It finally got so bad that I had to go to the hospital, and I had an immediate emergency C-section. My baby was taken from me immediately.” 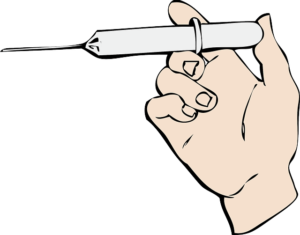 Scientist Sounds Alarm: COVID Vaccines Producing Symptoms of Parkinson’s, Other Neurodegenerative Disorders As cases pile up (445 as of July 9) of the reportedly “rare” neurological disorder Guillain-Barré syndrome in people who received a COVID vaccine — forcing the sluggish U.S. Food and Drug Administration (FDA) to add a warning label to the Johnson & Johnson (J&J) shot — scientists are issuing urgent warnings about a possible tsunami of other types of neurological injuries. Immunologist J. Bart Classen, one-time National Institutes of Health (NIH) contract scientist and proprietor of Classen Immunotherapies, a Maryland biotechnology firm, published a paper in February outlining the potential for messenger RNA (mRNA) COVID vaccines to trigger development of prion diseases as well as other chronic diseases. Prion or “prion-like” diseases include Alzheimer’s, Parkinson’s, amyotrophic lateral sclerosis (ALS), multiple system atrophy (MSA) and others. A hallmark of these neurodegenerative diseases is the formation and clustering of misfolded proteins within the nervous system. Classen’s February conclusions were based on analysis of RNA from the Pfizer injection. Now, Classen has published a second paper on prion disease risks that draws on actual adverse event data from the United Kingdom following vaccination with the AstraZeneca or Pfizer COVID vaccines. These data show the risk of neurodegenerative adverse events is far from theoretical. In fact, the AstraZeneca vaccine is already producing a safety signal for Parkinson’s disease, and the Pfizer vaccine may not be far behind. 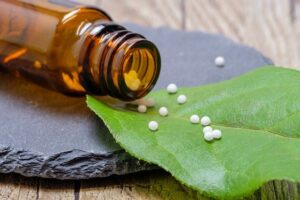 Three in ten Americans increased supplement use since onset of pandemic Twenty-nine percent of Americans are taking more supplements today than they were before the COVID-19 pandemic, bringing the percentage of U.S. supplement-takers to 76%, according to a new survey conducted by The Harris Poll on behalf of Samueli Foundation. Nearly two-thirds of those who increased supplement use (65%) cited a desire to enhance their overall immunity (57%) or protection from COVID-19 (36%) as reasons for the increase. Other common reasons for increasing supplement use were to take their health into their own hands (42%), improve their sleep (41%), and improve their mental health (34%). “The COVID-19 pandemic is a catalyst for increased supplement use,” said Wayne Jonas, MD, executive director of Integrative Health Programs at Samueli Foundation. “Supplements—when used under the guidance of health care professionals—can be beneficial for one’s health. Unfortunately, however, many people are unaware of the risks and safety issues associated with their use.” More than half of Americans taking supplements (52%) mistakenly believe that most dietary supplements available for purchase have been declared safe and effective by the Food and Drug Administration, according to the June 2021 online survey of more than 2,000 U.S. adults. Nearly one-third of supplement-takers (32%) believe that if a supplement could be dangerous, it would not be allowed to be sold in the U.S. 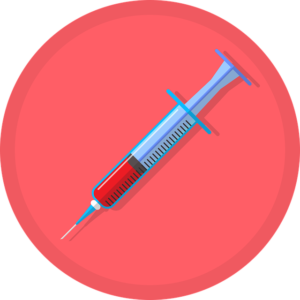 Ala. Gov. Kay Ivey fumes over worst vaccination rate in U.S.: ‘Start blaming the unvaccinated folks’ Alabama Gov. Kay Ivey said people are “supposed to have common sense” as she unloaded on unvaccinated people for driving coronavirus outbreaks and hospitalizations in her state. “It’s time to start blaming the unvaccinated folks, not the regular folks. It’s the unvaccinated folks that are letting us down,” she said at a Birmingham event Thursday night that aired by the CBS WIAT affiliate. Only about a third of Alabama’s population is fully vaccinated against COVID-19, putting it worst in the nation alongside Mississippi. About 49% of the U.S. population is vaccinated. The rates for Alabama and Mississippi are around 34%. The top reasons people give for not getting the shot include fearing the vaccine side effects are worse than COVID-19 and not trusting the vaccine because it only as “emergency approval” from the U.S. Food and Drug Administration Ms. Ivey said she doesn’t understand why people would want to “mess around with temporary stuff” when the vaccine is the most long-lasting tool for wrangling the virus. She said nearly all of the recent hospitalizations are among unvaccinated persons and deaths are “certainly” occurring among those who’ve balked at the shots. 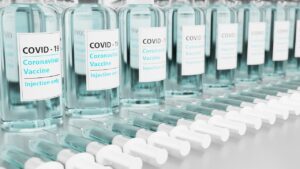 ‘Hands Off My Natural Immunity’: French Protest Against COVID Health Pass Hundreds of people protested in Paris on Wednesday against the introduction of a health pass for some activities and against compulsory vaccinations for health workers as the government seeks to curb a fourth wave of COVID-19 infections in France. From Wednesday visitors heading to museums, cinemas or swimming pools in France will be denied entry if they cannot produce the health pass showing that they have been vaccinated against COVID-19 or have had a recent negative test. Some of the protesters waved banners that read “Freedom to choose” and “Hands off my natural immunity!” “They want to force us to be vaccinated at any price. No, no, no”, Nathalie Labedade, a care home worker, told Reuters. The health pass, previously only required for large-scale festivals or to go clubbing, will also be needed from the start of August to enter restaurants and bars and for long-distance train and plane journeys. At the Louvre museum in Paris, the head of security, Servane de Landsheer, said the first morning of health pass checks had gone well, with most visitors having the document and those who did not agreeing to get a quick COVID test. “I was really angry… I had no idea,” said Nelly Breton, 51, after being turned away from the Louvre as not enough time had elapsed since her vaccination for her pass to become valid.

You mentioned in a show earlier this week that your wife was on Synthroid when you met her and she eventually moved on to Armour then onto an other glandular. I believe you also mentioned that even if you have had a total thyroid removal there are some glandular options. I would be very interested to learn about those options. I had full thyroid removal in 1999 for Graves disease. I was on Synthroid for 10 years and now presently on Armour 97.5 mg per day.
Mary 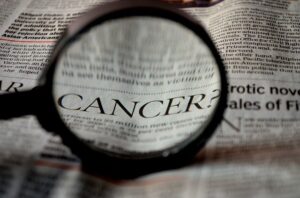 Chemotherapy can induce mutations that lead to pediatric leukemia relapse Chemotherapy has helped make acute lymphoblastic leukemia (ALL) one of the most survivable childhood cancers. Now, researchers working in the U.S., Germany and China have shown how chemotherapy drugs called thiopurines can lead to mutations that set patients up for relapse. The work appears today in the journal Nature Cancer. The research provides the first direct genomic and experimental evidence in pediatric cancer that drug-resistant mutations can be induced by chemotherapy and are not always present at diagnosis. “The findings offer a paradigm shift in understanding how drug resistance develops,” said Jinghui Zhang, Ph.D., Department of Computational Biology chair at St. Jude Children’s Research Hospital. “The results also suggest possible treatment strategies for ALL patients who relapse, including screening to identify those who should avoid additional thiopurine treatment.” Zhang is co-corresponding author of the study with Bin-Bing Zhou, Ph.D., of Shanghai Children’s Medical Center; and Renate Kirschner-Schwabe, M.D., of Charite-Universitaetsmedizin Berlin.