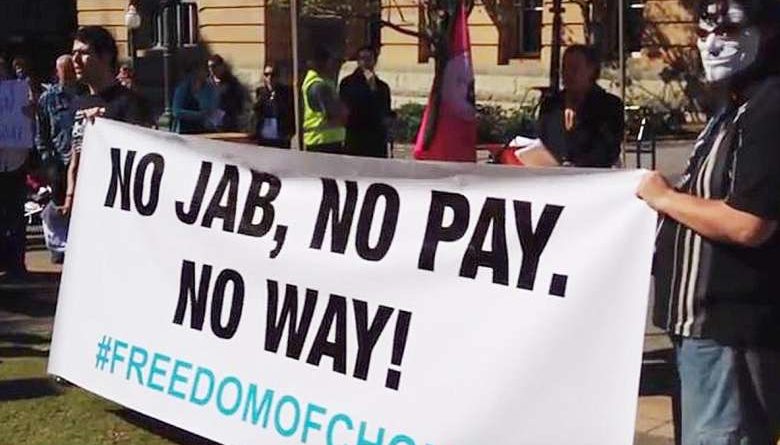 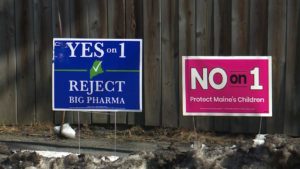 Stricter vaccination law survives Maine ballot referendum With the backdrop of the coronavirus spreading around the world, Mainers on Tuesday rejected an attempt to nullify the elimination of religious and philosophical exemptions for childhood vaccinations in a campaign that focused on community versus individual rights. Every major medical organization in Maine supported the state law approved last year that reduces vaccine opt-outs at a time when more parents are forgoing vaccines for their children. Groups seeking to restore philosophical and religious exemptions contended parents, not lawmakers, should be responsible for making medical decisions for children. The so called “People’s Veto” referendum, which was rejected, aimed to undo the law that ends nonmedical vaccine opt-outs by September 2021 for students at public and private schools and universities, including nursery schools, and for health care facility employees. The law was part of a trend of states tightening rules on vaccine exemptions in response to growing numbers of unvaccinated children. Democratic Gov. Janet Mills urged Mainers to uphold the new law, saying the spread of the coronarvirus underscores the importance of getting vaccinated. After the COVID-19 virus was identified in China, “one of the first things that public health officials did was begin to work on a vaccine because vaccines save lives,” she said. 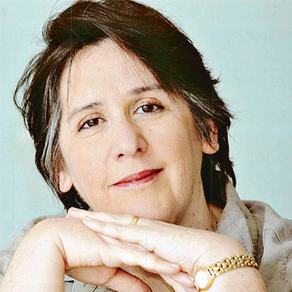 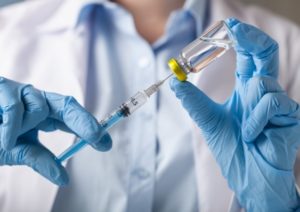 Making Vaccination Mandatory For Healthcare Workers The Andrews Labor Government is stepping up the fight against flu and making vaccinations compulsory for frontline doctors and nurses in our hospitals and paramedics caring for Victoria’s most vulnerable patients. Minister for Health Jenny Mikakos announced the Health Services Amendment (Mandatory Vaccination of Healthcare Workers) Bill 2020 will be introduced in Parliament today. Last year‘s unprecedented flu season put enormous strain on our hospitals, with more than 69,000 laboratory-confirmed flu cases.  Victoria’s dedicated health workforce rose to the challenge and continued to deliver world-class care. The Labor Government already makes the flu shot free for healthcare workers. Our new laws will mean healthcare workers must be fully immunized to protect themselves and patients against the flu each year, as well as whooping cough, measles, chicken pox and hepatitis B. 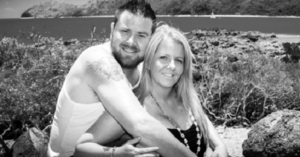 Opportunity for Australia’s 1st public inquest into possible vaccine death We are asking all of our generous members and supporters to get behind this campaign by making a donation, which will go towards necessary expert medical reports and legal fees.

Lindsey was a previously healthy 39 year old man who passed away suddenly and unexpectedly in May 2018, after receiving FluQuadri and Boostrix vaccines.  He suffered a grand mal seizure and stopped breathing only 44 hours post vaccination, before going into cardiac arrest, and never regained consciousness.

At the hospital, a CT brain scan was performed on Lindsey with the results stating “diffuse cerebral oedema”, and quoted by the medical team as a “catastrophic brain injury”, none like they have seen before in such a short time frame. This was 4-5 hours after the grand mal seizure.

A comprehensive timeline of events is provided on the Lindsey Day Fundraising website, where you can make your donation by PayPal, Debit/Credit Card or Direct Funds Transfer. 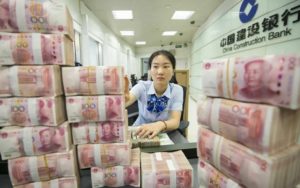 Dirty banknotes may be spreading the coronavirus, WHO suggests Banknotes may be spreading the new coronavirus so people should try to use contactless payments instead, the World Health Organization has said. Customers should wash their hands after touching banknotes because infectious Covid-19 may cling to the surface for a number of days, the UN agency said on Monday night. To prevent the spread of the disease, people should use contactless technology where possible, a spokesperson added. The Bank of England has acknowledged that banknotes “can carry bacteria or viruses” and urged people to wash their hands regularly.

A Predictive Program For those eternal optimists (and state trolls) who choose to believe that the PTB are not currently making their move with bio-weapons, take a look at the interview in this video, which was recorded in 2014: 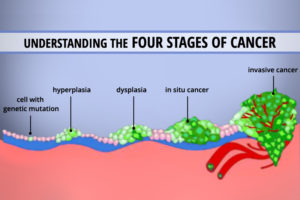 Understanding the 4 Stages of Cancer Cancer often strikes fear in the hearts of anyone who even hears the word. This is largely due to a lack of knowledge about natural, non-toxic treatments coupled with the abysmal failure of the “Big 3” conventional treatments (chemo, radiation, and surgery). It pays to know everything you possibly can about cancer. Due to an amazing immune system, our bodies control cancer on a daily basis. But when the immune system is compromised, cancer can gain a foothold. The term “cancer” describes more than one hundred diseases. A particular form is diagnosed based on where it occurs, the speed of growth, and how it “behaves” in your body. Understanding your risks, knowing how to fight pre-cancerous or cancer cells, and providing your body with proper nutrition to prevent and control the disease are what we’re all about here at The Truth About Cancer. 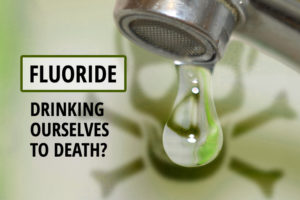 Fluoride—Drinking Ourselves to Death? There’s nothing like a glass of cool, clear water to quench your thirst! But the next time you turn on the tap, you might want to question whether that water is in fact, too toxic to drink. If your water is fluoridated, the answer is likely yes. For decades, we have been told a lie; a lie that has led to the deaths of millions of Americans and weakened the immune system of tens of millions more. THIS LIE IS CALLED FLUORIDATION: The process of dripping fluoride into our municipal water supplies, which we were told was a safe and effective method of protecting our teeth from decay, but realistically, it is a deception of monumental proportions. Remember the enormous Bárðarbunga volcanic eruption in Iceland in 2014-2015? Animals in southern Iceland were at risk of fluoride poisoning if they inhaled or ingested the ash from the eruption. Fluoride poisoning can lead to internal bleeding, long-term bone damage and tooth loss, according to BBC News 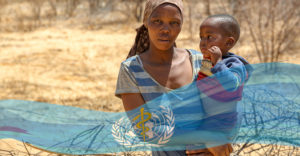 WHO Experimenting on African Children Without Informed Consent The World Health Organization (WHO), a pair of articles recently published in The BMJ have revealed, is sponsoring an experimental study of a controversial malaria vaccine among African children without obtaining informed consent from parents. Data from prior clinical trials of the vaccine, manufactured by the British multinational pharmaceutical corporation GlaxoSmithKline (GSK), have shown it to be associated with an increased risk of clinical malaria after four years, a tenfold increased risk of meningitis, an increased risk of cerebral malaria (in which the parasitic organisms block the flow of blood to the brain, causing swelling and potential brain damage), and an increased risk of death that was disproportionately higher for female children. Concerningly, apart from failing to properly inform parents about the risks or even letting parents know that their children are being experimented upon, the WHO intends to make a decision based on this trial about whether to recommend the vaccine for routine use throughout sub-Saharan Africa after just twenty-four months of study, which is not enough time to determine the vaccine’s effect on mortality. 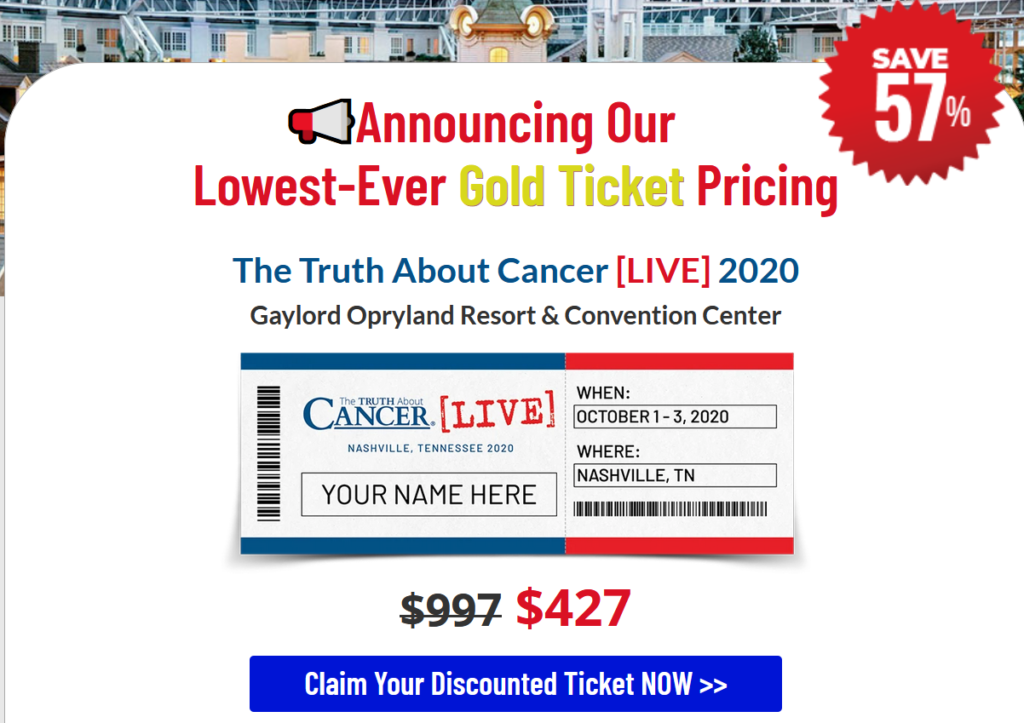 In Memoriam – Toni Bark It is with sadness that we inform you that our friend and colleague, Dr. Toni Bark, passed away on March 3, 2020. Toni was a contributing author for “Silent Epidemic” as well as “The Textbook of Complementary and Alternative Medicine” and a Co-Producer of the film “Bought.” She was also featured in our docu-series, “The Truth About Vaccines,” which will be airing during April 2020. Here is a Tweet about Toni, written by Charlene.

@doctorsensation Dear Toni Bark, thank you for spending your life in service to humanity, even while you were being vilified by #FakeNews. We loved having you on our stage at our TTAC Live Events, and I loved hanging out with you in DC fighting for our children together. RIP pic.twitter.com/ALaiiZzWyX