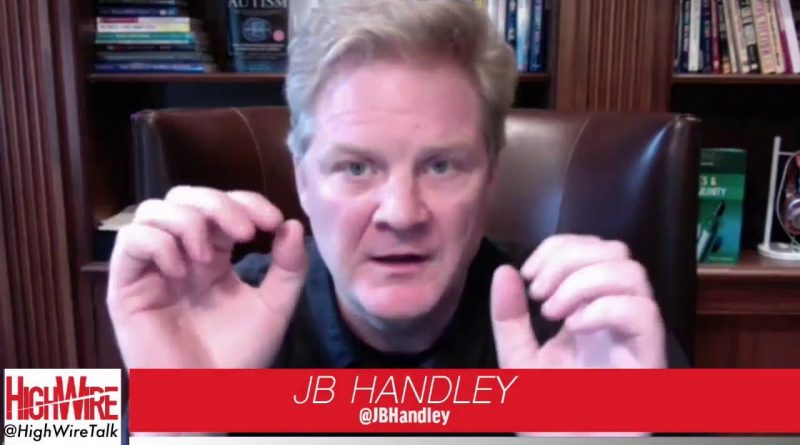 Experts Review of 107 Scientific Studies: Cholesterol Does Not Cause Heart Disease A recent massive study 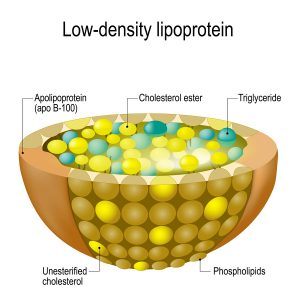 review coordinated by 16 medical scholars and practicing MDs throughout England, Ireland, Italy, Japan, Sweden, and the USA has confirmed the falsity of the lipid theory of heart disease that blames cholesterol, and the disinformation and dangers of cholesterol-lowering statin drugs. Its title is LDL-C Does Not Cause Cardiovascular Disease: a comprehensive review of current literature. LDL-C stands for low-density lipoprotein cholesterol, aka the “bad cholesterol”. The final draft of this review was posted online by the journal Expert Review of Clinical Pharmacology on September 10, 2018. This review was not funded by any government agency, non-government organization, or pharmaceutical company. It was not funded at all. The review authors spell out their intentions and generally summarize their findings in the review’s abstract:

[Despite over a half-century of cholesterol causing heart disease dogma] there is an increasing understanding that the mechanisms are more complicated, and that statin treatment, in particular when used as primary prevention, is of doubtful benefit. The authors of three large reviews recently published by statin advocates have attempted to validate the current dogma. This paper delineates the serious errors in these three reviews as well as other obvious falsifications of the cholesterol hypothesis. Our search for falsifications of the cholesterol hypothesis confirms that it is unable to satisfy any of the Bradford Hill criteria for causality and that the conclusions of the authors of the three reviews are based on misleading statistics, exclusion of unsuccessful trials and by ignoring numerous contradictory observations. (Emphasis added)

I’m trying to figure out how much collidal silver to give my 2 year old that weighs 25 lbs. He is profoundly disabled and I need to give him some to help him get over a cold that he is having a hard time kicking. I would like to know a maintenance dose and also a dose t9 give when he has active congestion. 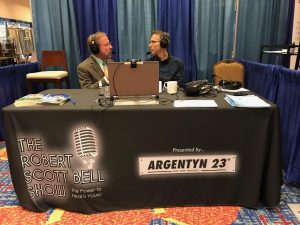 Dr. Pesek is heralded as “The New Pioneer in Iridology”, and as “One of the World’s Pre-eminent Iridologists” by leading natural health organizations. He has received numerous awards including the Dr. Ignaz Péczely Award in recognition of his contributions to the advancement of iridology worldwide. As an internationally recognized authority in the fields of iridology and human behavior, David shares his knowledge and wisdom through lectures, clinical practice and a seminar series that leads to a Diplomate of Holistic Iridology® credential. He also serves as the founding president of the International Institute of Iridology® and of the International College of Iridology®. David has created the premier event in the field entitled, “OUR” Annual International Integrative Healthcare and Holistic Iridology Congress™.

I warmly invite you to “OUR” 19th Annual International Integrative Healthcare and Holistic Iridology Congress™. It is shaping up to be one of the best ever! This year, we will be in the sunny, warm and magical Orlando, Florida.

Don’t wait until the last minute! Mark your calendars now for Orlando on October 19-22, 2018 and register early. Members of ICI receive a $50 discount.

Click the play button on the video at right for your personal invitation! 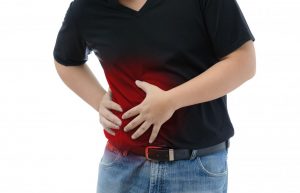 Antibiotics treat uncomplicated acute appendicitis The likelihood of recurrence of uncomplicated acute appendicitis within 5 years was 39.1% among patients initially treated with antibiotics, according to findings recently published in JAMA.“Better preoperative diagnostic capabilities enabled trials of antibiotics to treat appendicitis without surgery,” Paulina Salminen, MD, PhD, of Turku University Hospital in Finland, and colleagues wrote. “Several recent randomized clinical trials have demonstrated the feasibility of antibiotic-only treatment for appendicitis. All of these trials had relatively short and, for some, incomplete follow-up of the patients receiving antibiotic treatment.” Researchers conducted a 5-year follow-up of patients in the Appendicitis Acuta (APPAC) randomized clinical trial. This trial consisted of 530 patients aged 18 to 60 years with CT–confirmed uncomplicated acute appendicitis randomly assigned to receive IV ertapenem for 3 days followed by oral metronidazole and levofloxacin for 7 days (n = 257) or undergo an appendectomy. The median age of the participants receiving antibiotics was 33 years, and the median age of the control group was 35 years. 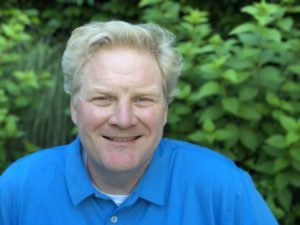 J.B. Handley is the co-founder and chairman of Generation Rescue, a non-profit organization focused on helping children recover from autism that was inspired by the journey of his son, Jamison, who was diagnosed with autism in 2004. He is also the co-producer of the documentary film Autism Yesterday and the co-founder of the Age of Autism blog. Handley co-founded Swander Pace Capital, a middle-market private equity firm with more than $1.5 billion under management where he served as managing director for two decades. He is an honors graduate of Stanford University and lives in Portland, Oregon, with his wife, Lisa, and their three children.

In How to End the Autism Epidemic, Generation Rescue’s co-founder J.B. Handley offers a compelling, science-based explanation of what’s causing the autism epidemic, the lies that enable its perpetuation, and the steps we must take as parents and as a society in order to end it. 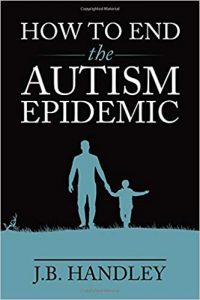 While many parents have heard the rhetoric that vaccines are safe and effective and that the science is settled about the relationship between vaccines and autism, few realize that in the 1960s, American children received three vaccines compared to the thirty-eight they receive today. Or that when parents are told that the odds of an adverse reaction are “one in a million,” the odds are actually one in fifty. Or that in the 1980s, the rate of autism was one in ten thousand children. Today it’s one in thirty-six.

Parents, educators, and social service professionals around the country are sounding an alarm that we are in the midst of a devastating public health crisis―one that corresponds in lockstep with an ever-growing vaccine schedule. Why do our public health officials refuse to investigate this properly―or even acknowledge it?

In How to End the Autism Epidemic, Handley confronts and dismantles the most common lies about vaccines and autism. He then lays out, in detail, what the truth actually is: new published science links the aluminium adjuvant used in vaccines to immune activation events in the brains of infants, triggering autism; and there is a clear legal basis for the statement that vaccines cause autism, including previously undisclosed depositions of prominent autism scientists under oath.

While Handley’s argument is unsparing, his position is ultimately moderate and constructive: we must continue to investigate the safety of vaccines, we must adopt a position of informed consent, and every individual vaccine must be considered on its own merits. This issue is far from settled. By refusing to engage with parents and other stakeholders in a meaningful way, our public health officials destroy the public trust and enable the suffering of countless children and families.

Not A Job I Would Want… 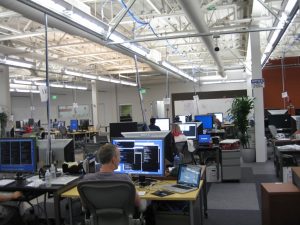 Content Moderator Sues Facebook, Says Job Gave Her PTSD A woman in California sued Facebook Friday for being “exposed to highly toxic, unsafe, and injurious content during her employment as a content moderator at Facebook.” Selena Scola was a content moderator at Facebook’s Menlo Park, California headquarters from June 2017 through March of this year, according to the lawsuit. She worked for a contractor called Pro Unlimited, Inc., which helps Facebook delete content that violates its Community Standards. Facebook has roughly 7,500 content moderators worldwide, who are tasked with deleting hate speech, graphic violence and self harm images and video, nudity and sexual content, bullying, and a host of other content that violates its policies. Scola’s lawyers say that she developed post traumatic stress disorder as a result of “constant and unmitigated exposure to highly toxic and extremely disturbing images at the workplace,” and allege that Facebook does not have proper mental health services and monitoring in place for its content moderators. The case was filed as a class-action lawsuit, but at the moment Scola is the only named plaintiff; the lawsuit names a potential class of “thousands” of current and former moderators in California.