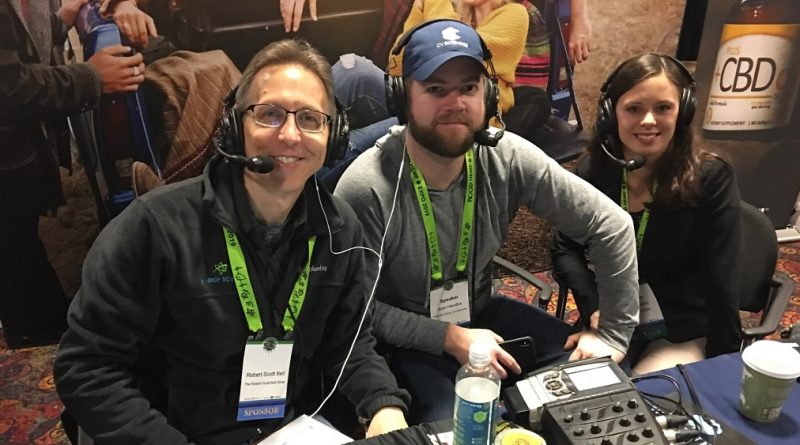 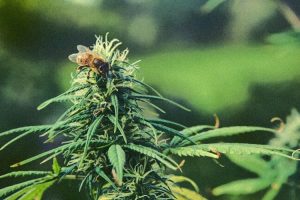 Study Shows That Bees Love Hemp, Which Is Wonderful News For The Environment And The World Just under the radar of public concern is the fact that bees and pollinator insects are dying off in catastrophic numbers; and if we are unable to reverse this trend, we face a very different kind of future.  Bees in particular appear to be acutely affected by neonicotinoid pesticides along with other fungicides and herbicides. They are losing their habitats. At the same time, another crisis is converging. Fossil fuels. We need a new, natural, sustainable material to use for construction, packaging, fuel, clothing, and so much more. Fossil fuel extraction is a disaster that could be corrected with a massive global investment in hemp. This may well come to pass, as Congress recently legalized hemp farming in the U.S. for the first time since the last legal hemp fields were planted in 1957 in Wisconsin. 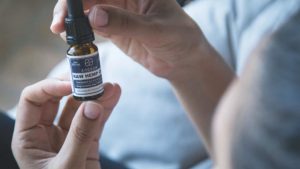 Signed As Law: Maine Legalizes Sale Of CBD Despite Ongoing Federal Prohibition Yesterday, Maine Gov. Janet Mills signed a bill into law allowing the sale of food and food additives containing CBD within the state, This will not only open up markets in Arkansas, but it is also a crucial step given the FDA’s continued regulation of CBD. Rep Craig Hickman (D-Winthrop), along with a bipartisan coalition of three cosponsors, introduced House Bill 630 (LD630) on Feb. 5. The new law clarifies that food, food additives and food products containing hemp-derived cannabidiol produced and sold within the state are not adulterated. In effect, this legalizes the sale of CBD in Maine. Under the law, sellers cannot claim that food, food additives or food products that contain hemp can diagnose, treat, cure or prevent any disease, condition or injury without approval pursuant to federal law. LD630 passed both the House and Senate by greater than 2/3 majority. With Gov. Mills’ signature, the new law went into immediate effect. 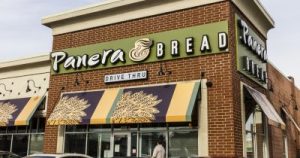 Report Uncovers Prevalence of Glyphosate in Restaurant Foods Nonprofit organization GMO Free USA today published the report, “Eating Out: A Date with Glyphosate.” The report details the results of food tests for glyphosate residue, across fifteen popular fast food and casual restaurants in the U.S. A sample from Panera Bread, whose primary marketing claim is, “100% of our food is 100% clean,” had the highest level of glyphosate of all 44 restaurant foods tested. Other restaurants tested include Chili’s Grill & Bar, Domino’s Pizza, Dunkin’ Donuts, IHOP, Le Pain Quotidien, McDonald’s, Olive Garden, Outback Steakhouse, Papa John’s, Pizza Hut, Pret a Manger, Subway, Taco Bell, and Whole Foods Market. Dr. Mark Hyman, Medical Director at Cleveland Clinic’s Center for Functional Medicine and bestselling author said, “The unregulated use of GMO seeds and the herbicide glyphosate is a significant uncontrolled experiment on the human population. Glyphosate is being used in increasing quantities and shows up in our food and water. It has been linked to cancer, disturbances in the microbiome and the depletion of our bodies’ ability to detoxify.” 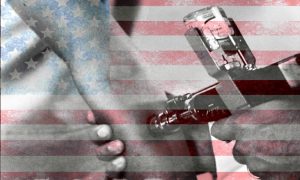 Libertarians For Forced Vaccinations? It’s hard to think of a more fundamental right than the right to determine what happens to one’s own body. Forcing someone to undergo medical treatment against their will violates this most basic of rights—the right to be free from physical assault. Yet even some libertarians have jumped on the mandatory vaccination bandwagon, arguing that one person not taking every possible precaution against contracting a disease constitutes an assault against another. But this line of thinking requires some very tortured logic. To begin with, nobody has a “right” to a germ-free environment outside of their own property (and good luck establishing one there). Proponents of vaccine mandates assert this “right” as if it is a long-standing social or legal norm, but it is not. Human beings have been living among each other for millennia, and there has never been a widely asserted right to freedom from any and all pathogens at others’ expense. 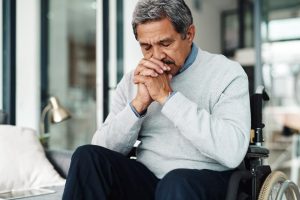 Science Says: Religion Is Good For Your Health Theologists, scientists and thought leaders have attempted for centuries to understand the impact that religion can have on human beings; both mentally and physically. And it is commonly accepted around that world that religion and spirituality are among the most important of cultural factors – giving structure and meaning to behaviors, value systems and experiences. Thus, there is ample reason to believe that faith in a higher power is associated with health, and in a positive way. For example, researchers at the Mayo Clinic concluded, “Most studies have shown that religious involvement and spirituality are associated with better health outcomes, including greater longevity, coping skills, and health-related quality of life (even during terminal illness) and less anxiety, depression, and suicide. Several studies have shown that addressing the spiritual needs of the patient may enhance recovery from illness.” 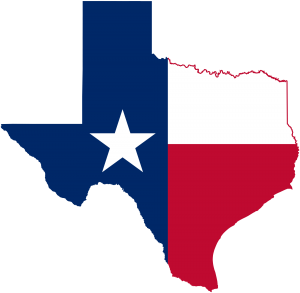 Texas will soon remove hemp from its list of controlled substances. What does that mean for CBD and hemp products? The state of Texas will soon remove hemp from its list of controlled substances. On April 5, the Texas Department of State Health Services will no longer classify hemp as a “Schedule I” drug, a highly restricted group of substances that includes LSD, heroin and cocaine. The government lists a substance in that category if it’s considered to have a high potential for abuse and no accepted medical use. For cannabis-related businesses and advocates, the step is a welcome change they said underscores the legitimacy of their products. But legal experts added removing hemp from the list of controlled drugs does little to clear up confusion about the legality of hemp products — including gummies, pain creams and oils — that are already on store shelves in Texas. 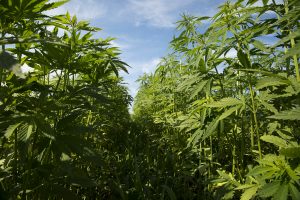 The EPA Is Funding Research On Using Hemp As A Sustainable Alternative To Concrete The Environmental Protection Agency (EPA) is funding a research project looking into the sustainable production of hempcrete, a hemp-based mixture that’s better for the environment than traditional concrete. According to a notice published on the EPA website, the agency awarded a roughly $12,000 grant to a student-led research team at the University of California, Riverside, to support a study on the use of hemp as an “industrially relevant renewable fiber for construction.” But while hempcrete is a natural alternative to fossil-based concrete, the most common method for pulping the crop to use its fibers is wasteful, according to a summary of the study. The so-called Kraft pulping process—which involves treating hemps stalks with hot water, sodium hydroxide and sodium sulfide to separate the fibers—produces seven tons of toxic waste for every ton of pulp extracted, it says. 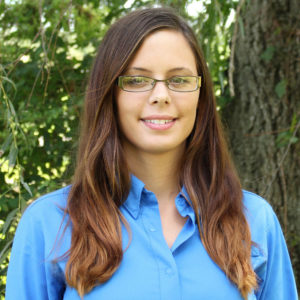 Tara manages day-to-day research activities and manages support staff. She received her B.S. in Organismal Biology and Ecology at Kutztown University and a M.S. in Biology with a concentration in Botany from Bucknell University.

INDUSTRIAL HEMP TRIALS: PRELIMINARY RESULTS In 2017, Rodale Institute initiated a four-year trial studying the effects of industrial hemp on soil health and weed suppression. The project has just concluded its second year. Below is an overview of the research and initial findings. Our four-year industrial hemp research project has two field components: a variety trial and a weed suppression trial. It includes one greenhouse study, a weed seed bank study. Our goal is to evaluate the growth performance of hemp varieties under organic management practices in Southeastern Pennsylvania. More specifically, we are evaluating hemp’s ability to compete with yellow foxtail (Setaria pumila) and red root pigweed (Amaranthus retroflexus). Other areas of investigation include the success of no-till cover crop establishment yields for corn and soybean when these crops follow hemp in a rotation. Our goal is to provide farmers interested in growing hemp with research-based information on growth performance, weed and nutrient management, and how to integrate hemp into their crop rotation. 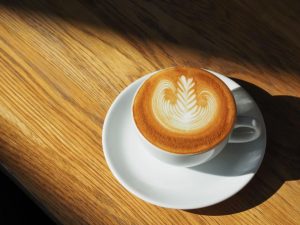 Simply Thinking About Coffee Gives Your Brain A Boost, Study Suggests For millions of us, the day begins with at least one cup of coffee to jump-start our brains into productivity. We think clearer, move faster, and interact with coworkers (also drinking coffee) like we’re meant to work together – at least for a little while. What if we could benefit from some of those effects by simply experiencing cues that make us think of coffee?  That’s the topic of a new study, the latest in the ongoing scientific fascination with our favorite legal drug. “People often encounter coffee-related cues, or think about coffee, without actually ingesting it,” said lead author Sam Maglio, an associate professor at the University of Toronto’s Rotman School of Management. “We wanted to see if there was an association between coffee and arousal such that if we simply exposed people to coffee-related cues, their physiological arousal would increase, as it would if they had actually drank coffee.”