Study: Babies Born to Moms Who Refuse Flu Vaccine Fare Better than Babies Born to Mom’s Who Receive the Influenza Vaccine Public health officials and doctors, ever more insistent that pregnant women get flu shots, are frustrated that fewer than four in ten American moms-to-be avail themselves of the recommendation. Policy-makers’ disappointment stems not just from their zeal to achieve the Healthy People 2020 goal of 80% coverage of pregnant women but also from their recognition that women who go along with vaccine recommendations during pregnancy are more acquiescent about vaccinating their newborn infants as well. Yet maternal worries about vaccine-related harm to the fetus are widespread and operate as a principal barrier to higher pregnancy vaccine uptake. Envisioning a day when “even more vaccines” will be added to the maternal vaccine schedule, researchers are studying how to improve uptake and design more persuasive “communication interventions.” 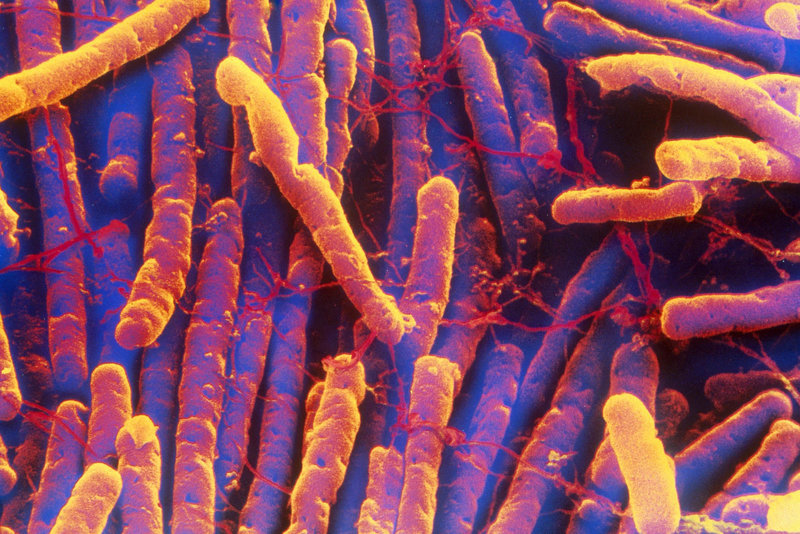 Kids might be naturally immunized after C. difficile colonization in infancy Exposure to C. difficile in infancy produces an immune response that might protect against this gastrointestinal infection later in childhood, according to a study published in Clinical Infectious Diseases journal. Researchers found that infants who were naturally exposed to C. difficile in the environment and became colonized with the bacteria had antibodies in their blood. Analyses using a state-of-the-art assay revealed that these antibodies neutralized toxins that cause C. difficile infection, preventing harmful effects to cells exposed to these toxins. This suggests that a natural immunization occurs, although future studies will need to determine if it would prevent illness years later after another C. difficile exposure. “We found an immune response in infants colonized with C. difficile, which might be beneficial as they get older, although we are still studying the extent and duration of this natural immunization,” says lead author Larry Kociolek, MD. 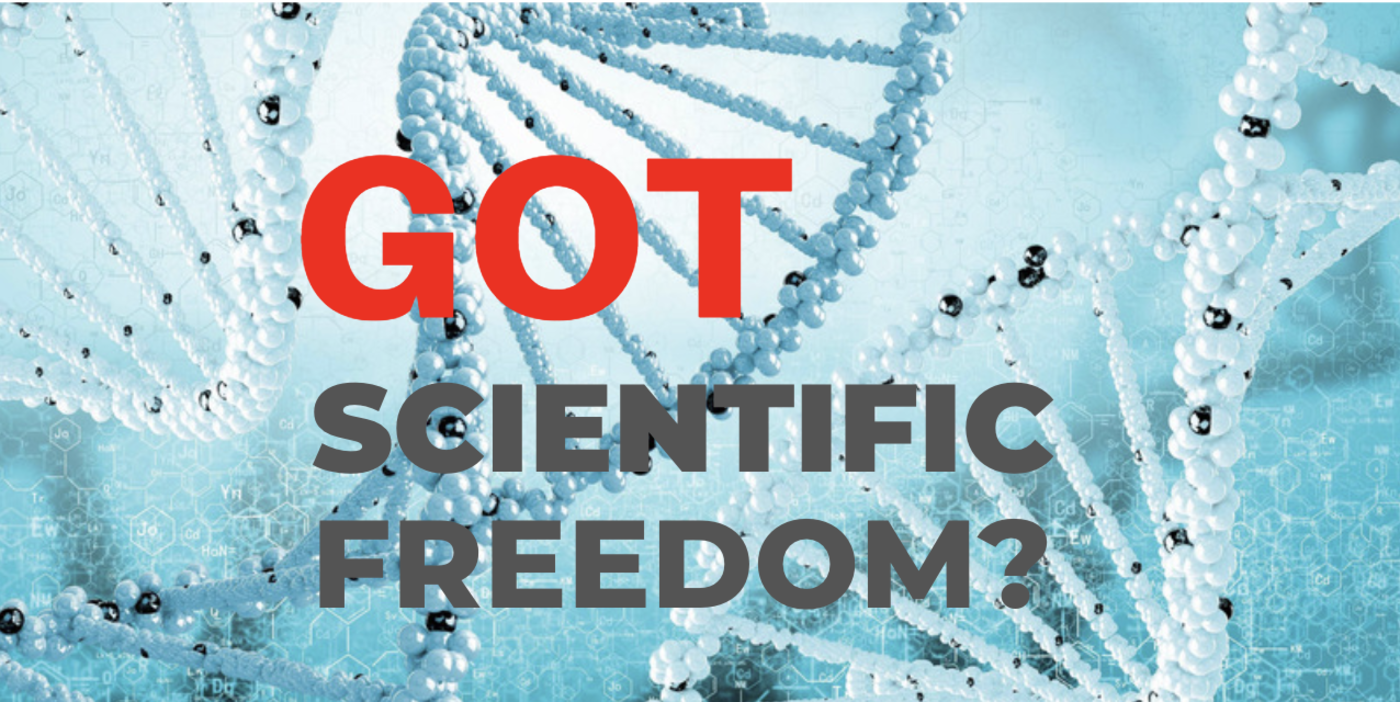 WAPO: “PEER-REVIEW NOT GOLD STANDARD,” PUBLIC BEING MISLED A new Washington Post ‘perspective’ piece concedes that, “Shoddy work often makes it past peer reviewers, while excellent research has been shot down. Peer reviewers often fail to detect bad research, conflicts of interest and corporate ghostwriting.“ Making legitimate points that would have been labeled ‘conspiracy theory’ or ‘misinformation’ by mainstream media outlets in years past, the Washington Post piece continues, “Meanwhile, bad actors exploit the process for professional or financial gain, leveraging peer review to mislead decision-makers.“ The ‘gold standard’ facade has been continually exposed for decades throughout several industries and specialties despite regulatory agencies still using the word and idea to build an often false scientific consensus. Marcia Angell, former editor of The New England Journal of Medicine, in the NY Review of Books, January 15, 2009, “Drug Companies & Doctors: A Story of Corruption” wrote: “It is simply no longer possible to believe much of the clinical research that is published, or to rely on the judgment of trusted physicians or authoritative medical guidelines. I take no pleasure in this conclusion, which I reached slowly and reluctantly over my two decades as an editor of The New England Journal of Medicine. 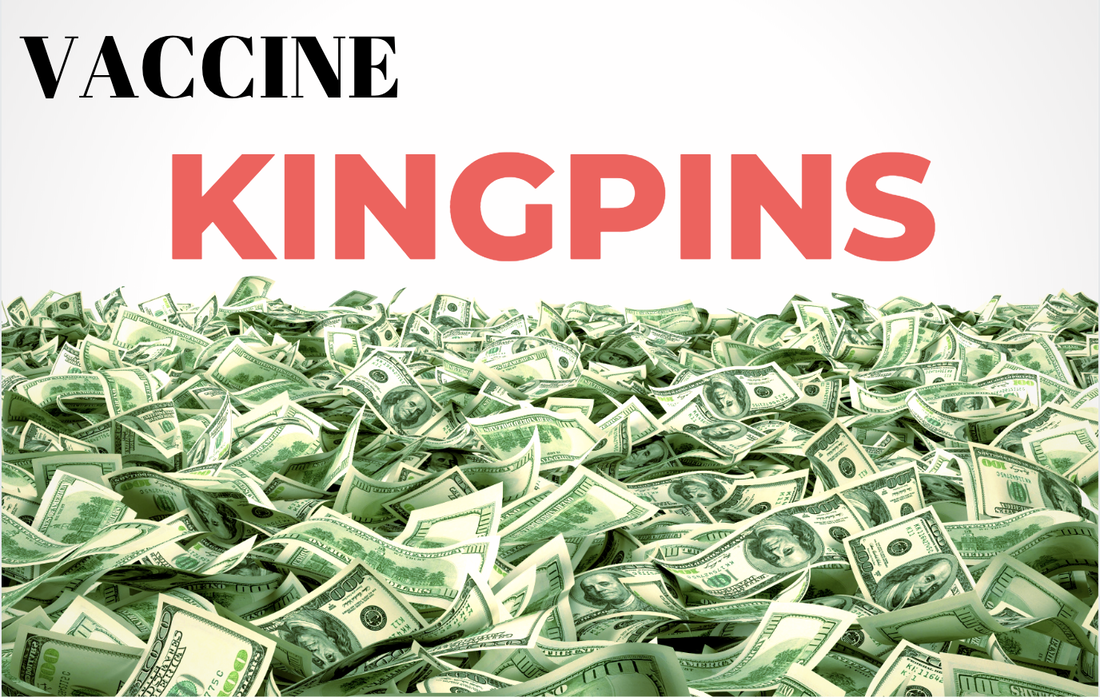 VACCINE KINGPINS RAKE IN BILLIONS Compared to the blockbuster drug industry, the vaccine market used to be considered a barely profitable sector. Looked at as a secondary market, vaccine manufacturing was a legally and fiscally dangerous endeavor for companies to pursue. After the industry was granted liability protection in 1986 however, the market exploded and hasn’t stopped since. In 2014 the NY Times wrote,   “Once a loss leader for manufacturers, because they are often more expensive to produce than conventional drugs, vaccines now can be very profitable.” The NY Times continued, “Old vaccines have been reformulated with higher costs. New ones have entered the market at once-unthinkable prices. Together, since 1986, they have pushed up the average cost to fully vaccinate a child with private insurance to the age of 18 to $2,192 from $100.” The total vaccine market in 2000 was $5B and in 2020 it is estimated to reach anywhere from $59.2B to $61B– a growth of 1,100%.  In short, its a free-for-all in which notoriously unscrupulous pharmaceutical companies are free, legally and socially, to do what they do best – put profits over people while fighting for monopoly control. No one company exemplifies this behavior to such a degree as New Jersey-based Merck & Co., Inc. 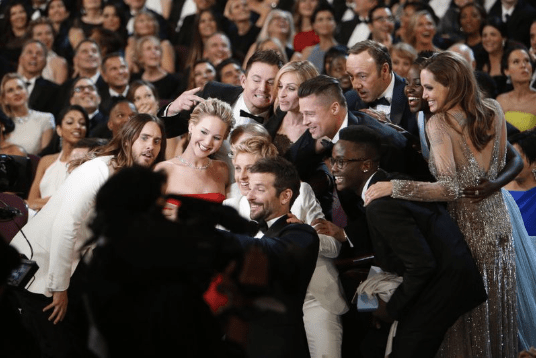 EHIND THE ILLUSION; ELLEN DEGENERES There’s a life rule I try to abide by; feed what you want to grow, starve what you want to die. It’s a simple, well-known, universal truth that whatever you put your focus on grows, and whatever you neglect withers and dies. Once you understand this principal, you become very picky about what you focus on. You become intentional about what you give your time and energy to, and equally as intentional about what you starve. That’s why, last week, when the executive producer of The Ellen Degeneres Show, Andy Lassner, and CNN’s Jake Tapper used their collective reach to take 30 seconds of an hour and a half interview I did out of context in order to smear me and grossly misinform as many people as possible, my instinct was, of course, not to respond. 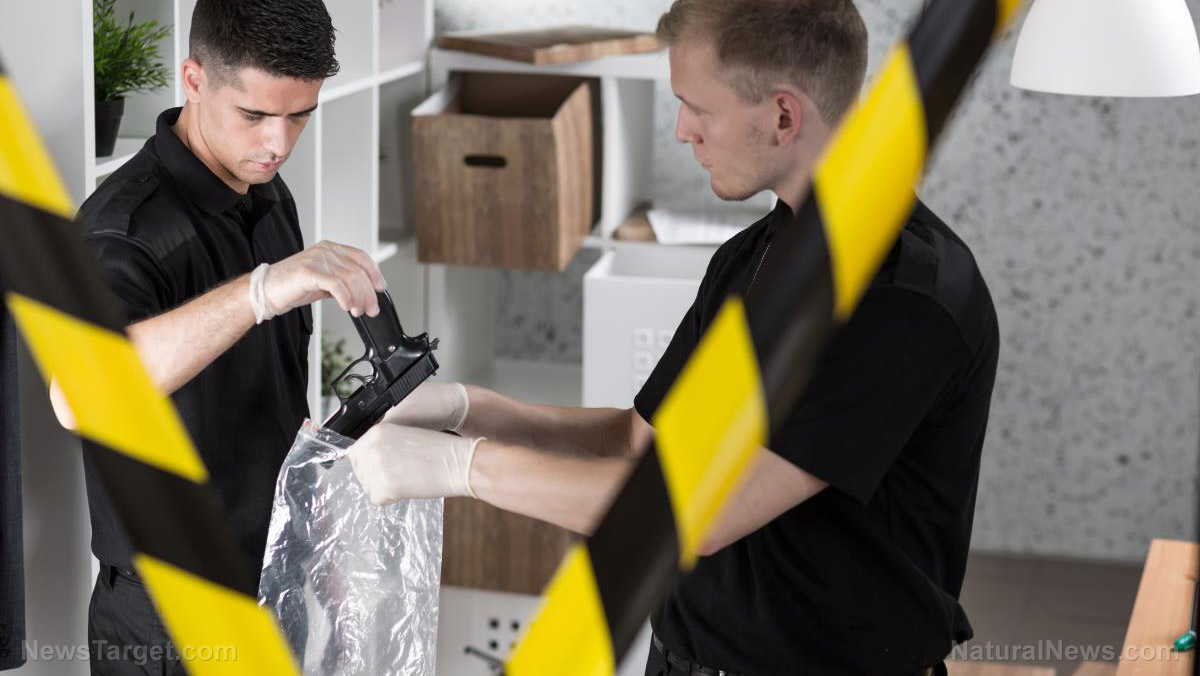 Near-media BLACKOUT on deadly shootings in Chicago that happen EVERY weekend in Democrat-run gun control zone As the disgustingly dishonest establishment media continues to heap scorn and derision on POTUS Donald Trump following a pair of mass shootings last weekend, despite the fact that he had nothing at all to do with them, the same media has regularly ignored often daily mass shootings in Democrat-run cities all over the country. While it is certainly a tragedy what happened in El Paso, Texas, and Dayton, Ohio, on Saturday, the president’s “rhetoric” had nothing at all to do with it. The alleged El Paso attacker even stated in his ‘manifesto’ that his feelings “predate” the Trump presidency, and the Dayton shooter, who was killed by police, was an avowed Leftist atheist who despised Republicans and the president while supporting 2020 Democratic presidential contender Sen. Elizabeth Warren (D-Mass.). 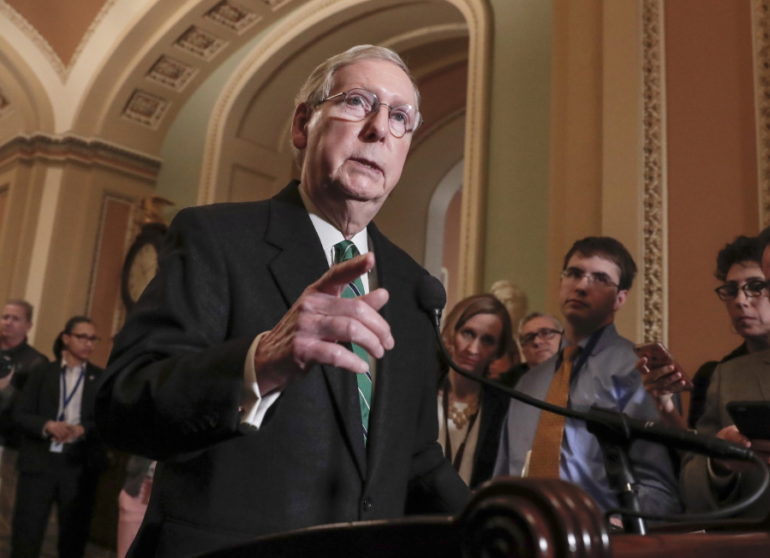 Anti-Gun Protesters Shout Death Threats Outside Mitch McConnell’s House Gun control supporters stood outside Senate Majority Leader Mitch McConnell’s home in Kentucky on Sunday night — protesting and hurling death threats at him — while broadcasting on Facebook Live. “Murder Turtle!” the demonstrators can be heard shouting on video, in reference to McConnell’s infamous nickname. “Come out, come out, wherever you are,” a person says at one point, while the others continue to yell. “The bitch home — we keep seeing the lights go on and off,” another says. “This hoe really thought he was going to get ready to be at home after he hurt his little punk ass shoulder. Bitch, don’t nobody give a f–k! F–k your thoughts and prayers, Mitch. F–k you, f–k your wife, f–k everything you stand for. ” he “emergency protest,” as the demonstrators described it, took place Sunday night while McConnell, 77, reportedly was home recovering from a broken shoulder after a fall he suffered. About 20 to 30 people attended.

A Bitter Pill to Swallow: Drug Lobbyists Fight to Keep Prices High It’s no secret that the pharmaceutical industry hasn’t seemed to slow down. Despite lawsuits, fines, and new legislation, it seems like the influence of Big Pharma keeps expanding. In this news segment, we’re going to cover a few things that have happened recently. And while these stories may not be all that substantial on their own, they paint a much larger picture. First, we head to Washington, D.C., where drug lobbyists stormed the White House to fight against the American people. Pharmaceutical Research and Manufacturers of America, or PhRMA, is a lobbying group that represents some of the biggest players in the pharmaceutical industry. The company generates billions in lobbying efforts and has been one of the most influential forces in our government. PhRMA is known for being sneaky, working with outside firms to push their agendas. Groups like the United Seniors Association and lobbying firms like the DCI group have both been paid to do PhrMA’s bidding. 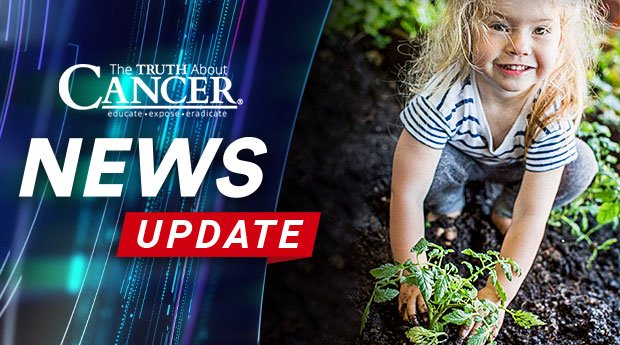 Is Your Home Too Clean? How Germs Prevent Childhood Cancer Acute lymphoblastic leukemia, or ALL, is the most common childhood cancer. But according to new research, a major contributing factor could be that our babies are too clean. Mel Greaves, a research professor at the Institute of Cancer in London and the study’s author, says that the cancer has a biological cause and may be preventable. Acute lymphoblastic leukemia is most common in children 4 years and younger, and global rates are increasing. It affects the bloodstream and can quickly spread to other places like the liver and nervous system. When children are diagnosed with ALL, doctors almost always recommend chemotherapy. But this may be completely unnecessary. While there are some children genetically predisposed to ALL, the study found that only 1% of them go on to develop the disease, implicating an environmental factor. The researchers also discovered that the disease was more prominent in affluent societies, which suggests that this is an issue of “nature vs nurture”.