Are Today’s Progressives Actually Totalitarians? Possibly the most powerful, and dangerous, euphemism in politics today is “progressive.” This writer has many cherished progressive friends.  He considers them beautiful… but, often, misguided. Yet perhaps they are more “guided” than he has supposed. Perhaps progressives, many of them, are precision guided.  A pattern is emerging.  That pattern is to assert government control over, well, everything.  Government control … in the name of social and economic justice, of course. There’s another word for this: totalitarian.

of or relating to a system of government that is centralized and dictatorial and requires complete subservience to the state : a totalitarian regime.

a person advocating such a system of government.

Ann Tomoko Rosen is Co-Founder of The Center For Acupuncture and Herbal Medicine in Westfield, NJ, and an enthusiastic proponent of curiosity, adventure and random acts of kindness.

Board Certified nationally by the NCCAOM in acupuncture, herbal medicine and Asian bodywork (Dipl. O.M.), Ann has used her expertise to treat a wide range of conditions, from infertility and pregnancy-related disorders, to high blood pressure, migraines, skin disorders, irritable bowel syndrome, depression, diabetes, hypoglycemia, thyroid disorders and cancers, as well as pain and musculo-skeletal disorders of all varieties.

Ann earned her Masters of Science in Traditional Oriental Medicine at the Pacific College of Oriental Medicine in New York City, but her interest in Oriental Medicine began in her mother’s kitchen, where she was first introduced to eastern nutrition and Japanese folk medicine. She has a particular interest in addressing the emotional causes of physical maladies, and in applying alternative methods of healing to the treatment of the chronically and seriously ill. Ann is licensed to practice in both New York and New Jersey.

Op-Ed: Why You Need an “Anti-Vaxxer” Like Me on Your Side (Or Healing the American Macrocosm of Autoimmunity) I have been called a lot of things since I started vocalizing some of my concerns about these massive attempts to remove philosophical, religious and even medical exemptions for

mandated vaccinations across the country. People who I have never met before, who know nothing of my personal choices, have demanded to have me removed from community Facebook pages and suggested that I no longer belong in the community (or the country in some cases). Some claim that my family and I are a threat to the world they live in and say I am not worthy of compassion or a voice in the conversation. But I am going to make another assertion about who I am: I am your friend.

As a holistic healthcare practitioner, I can’t help seeing this as part of the “autoimmunity”landscape – just a bigger version of self attacking self. With so much fear and hypervigilance, we as Americans are having a difficult time recognizing friend from foe, and we seem to be destroying ourselves. So, before you eliminate me from the discussion, I would like to remind you that I am one of you – a loving parent, a taxpayer, a voter, a neighbor and a contributor to society. I have your back in ways you are probably not aware of and I am fighting for your rights along with mine. Please allow me to explain. 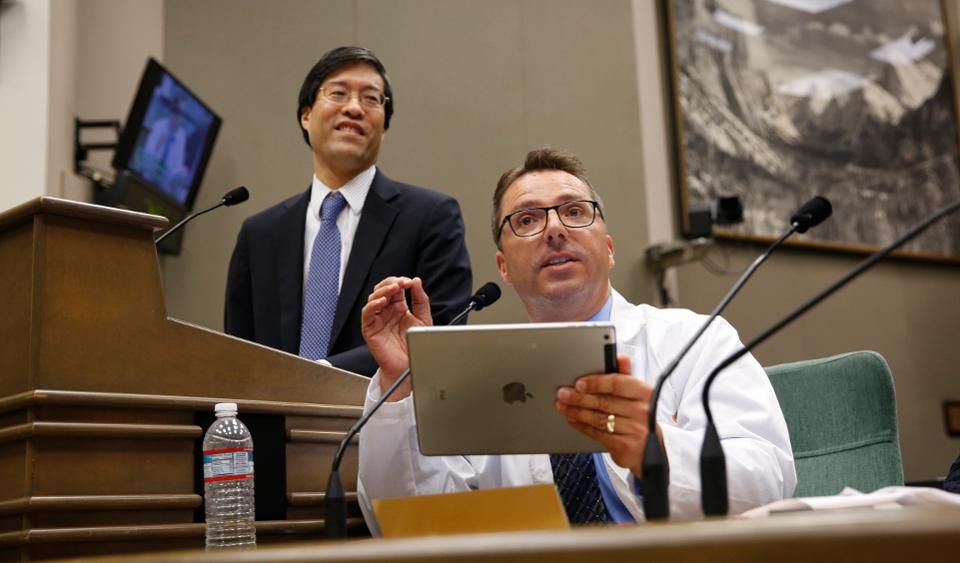 ‘Dr. Bob’ Sears Accused Of Issuing Invalid Vaccine Medical Exemptions–Again “Dr. Bob” Sears, MD, the controversial California physician known for his Godwin-esque advocacy against vaccination requirements and a vaccine book filled with misinformation, is facing another accusation from the Medical Board of California, less than a year after he was placed on probation for medically negligent practices. Ironically, the complaint was filed just two days before Sears testified at a California legislative committee hearing against SB 276, a bill that aims to prevent exactly the behavior that led to his previous censure and this complaint. “I find it astonishing that a person who is on probation with the medical board is going to be the main spokesperson to say the bill is bad, the person the bill is designed to protect against,” California State Senator Richard Pan, MD, FAAP, (D – Sacramento) told me after the bill he’s sponsoring passed out of the Assembly Health Committee 9-2 yesterday. 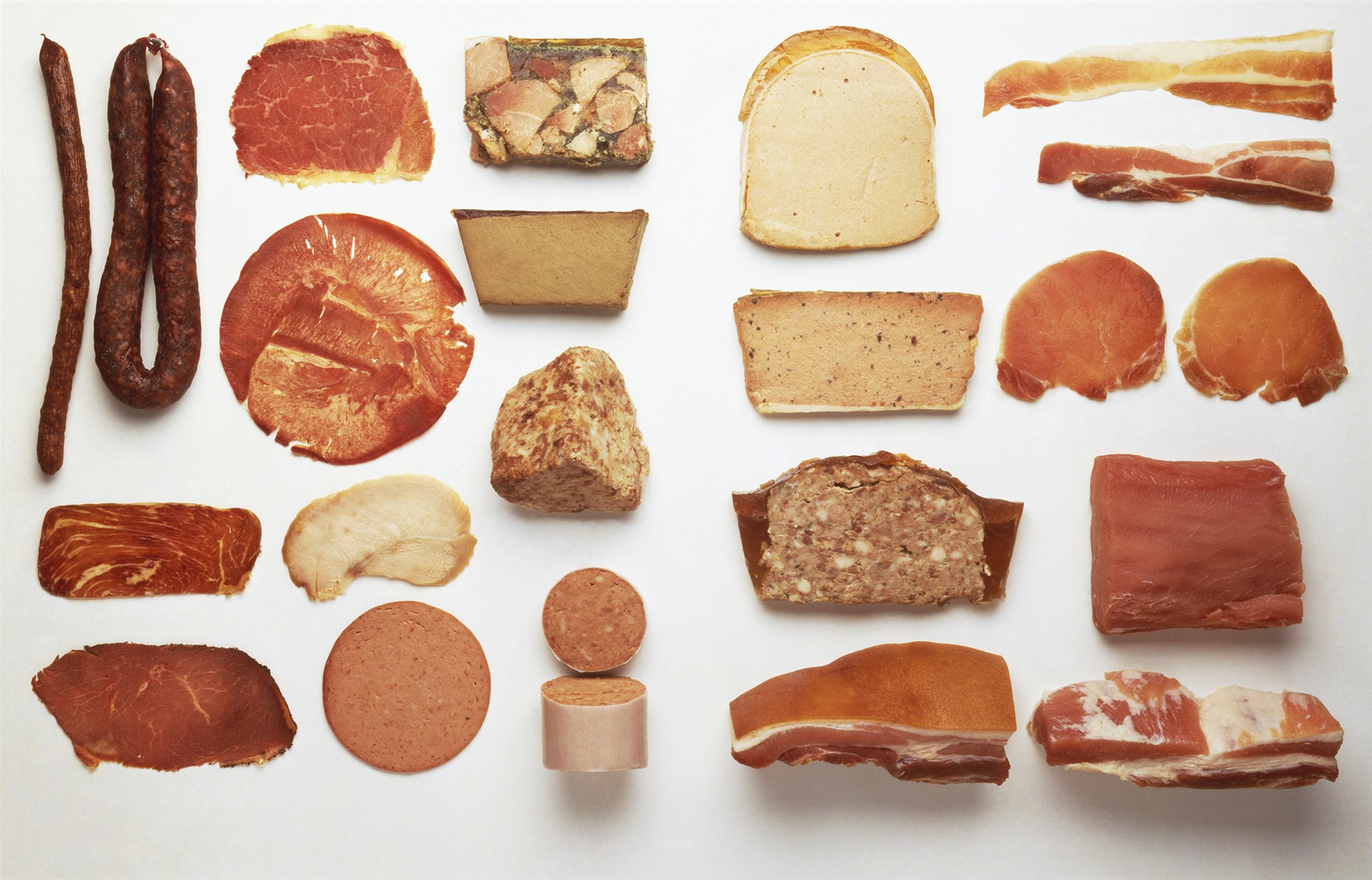 Americans are still eating a lot of processed meats, study finds Ham, luncheon meat, sausage and bacon have been linked to cancer, obesity and heart disease, but Americans still can’t kick their processed meat habit. Although American adults are eating less red meat than they did 18 years ago, processed meat consumption has remained the same — accounting for one quarter of all red meat and poultry eaten in the United States every year, according to a study published Friday in the Journal of the Academy of Nutrition and Dietetics. Researchers at Tufts University evaluated nearly two decades of National Center of Health Statistics diet recall data collected from nearly 44,000 adults, ages 20 and older, in two-year cycles. The dates were 1999-2000 and 2015-16. 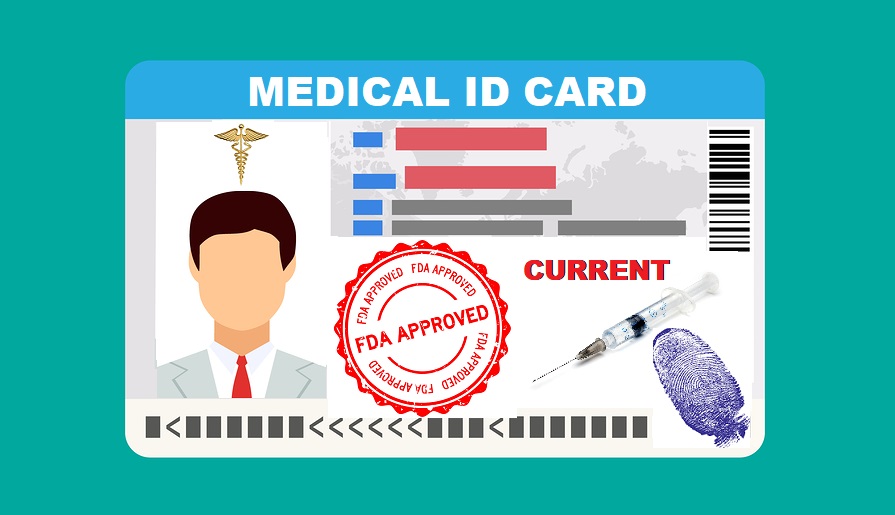 Medical IDs: Enemy of Privacy, Liberty, and Health Last week, the House of Representatives voted in favor of a Labor, Health and Human Services, and Education appropriations bill amendment to repeal the prohibition on the use of federal funds to create a “unique patient identifier.” Unless this prohibition, which I originally sponsored in 1998, is reinstated, the federal government will have the authority to assign every American a medical ID. This ID will be used to store and track every American’s medical history. A unique patient identifier would allow federal bureaucrats and government-favored special interests to access health information simply by entering an individual’s unique patient ID into a database. This system would also facilitate the collection of health information without a warrant by surveillance state operatives. The health records database could easily be linked to other similar databases, such as those containing gun purchase records or education records. If mandatory E-Verify becomes law, the health records database could even be linked to it, allowing employers to examine a potential employee’s medical history. The possibility that the unique patient identifier system may be linked to a database containing information regarding gun ownership is especially disturbing given the bipartisan support for “red flag” laws.

Hi
I wanted to thank you for answering my question. I had not seen a response from you in over a week so decided to do a search of your website for more info on the topic myself and there was my name as Question of the Day!!! What a lovely surprise – so glad I checked. I would not have seen it otherwise. I have now got my dad on Selenium, chromium and horsetail supplements as per your recommendation during a recent interview. However I am reading a lot on the internet about how chromium can actually cause cancer and in particular lung cancer. I could only find Chromium Picolinate here. Now I am worried we have done the wrong thing. Advice??

Thank you so much, Kristine from Australia! 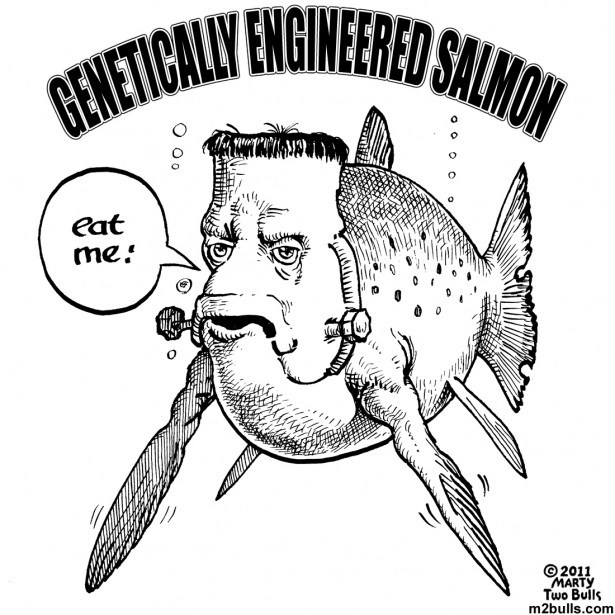 Restaurants could be 1st to get genetically modified salmon Inside an Indiana aquafarming complex, thousands of salmon eggs genetically modified to grow faster than normal are hatching into tiny fish. After growing to roughly 10 pounds (4.5 kilograms) in indoor tanks, they could be served in restaurants by late next year. The salmon produced by AquaBounty are the first genetically modified animals approved for human consumption in the U.S. They represent one way companies are pushing to transform the plants and animals we eat, even as consumer advocacy groups call for greater caution. AquaBounty hasn’t sold any fish in the U.S. yet, but it says its salmon may first turn up in places like restaurants or university cafeterias, which would decide whether to tell diners that the fish are genetically modified.  “It’s their customer, not ours,” said Sylvia Wulf, AquaBounty’s CEO. To produce its fish, Aquabounty injected Atlantic salmon with DNA from other fish species that make them grow to full size in about 18 months, which could be about twice as fast as regular salmon. The company says that’s more efficient since less feed is required. The eggs were shipped to the U.S. from the company’s Canadian location last month after clearing final regulatory hurdles.