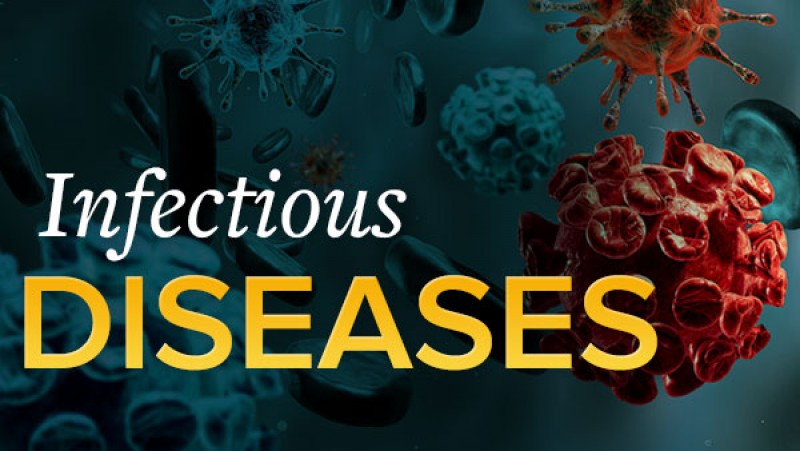 Study: Racial tension may stem from fear of exposure to infectious diseases Social scientists have long worked to understand the roots of racial prejudice in the U.S., and for years, the story went like this: As different groups are exposed to others, their prejudice against those others increases. Brian O’Shea wasn’t buying it. A postdoctoral fellow working in the lab of Matt Nock, the Edgar Pierce Professor of Psychology, O’Shea is the lead author of a study that suggests fear of a different sort of exposure—exposure to infectious diseases—may boost racial tension. The study is described in a July 15 paper published in Social Psychological and Personality Science. “What this paper is about is challenging that previous research,” O’Shea said. “I’m saying that perhaps this correlation that was shown by previous researchers is spurious and could instead be driven by infectious disease. If you are exposed to novel diseases carried by an out-group member and contract one, chances are it could spread very quickly through your in-group, so as humans we have these very strong mechanisms to distance ourselves from other groups when infectious diseases are prevalent … and that is perceived as prejudice.” 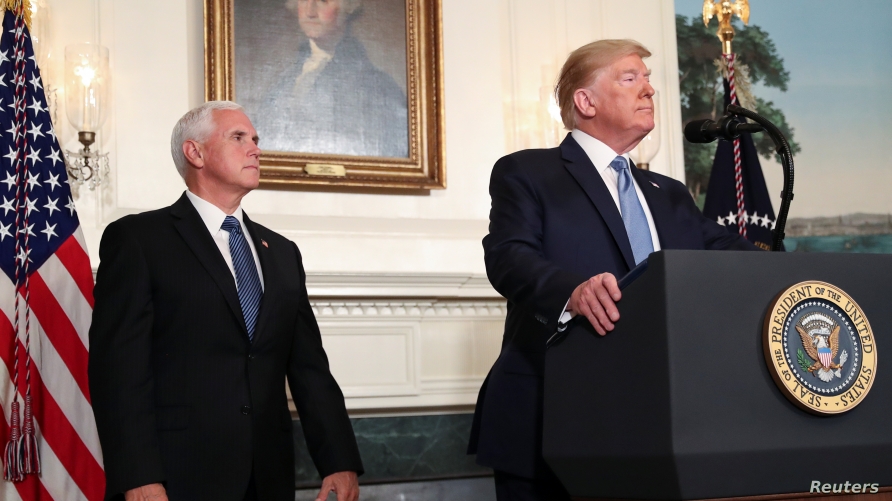 Politicians Keep Blaming Mass Shootings on Mental Health Issues. Doctors Say They’re Wrong In his address to the nation on Monday, President Donald Trump had an explanation for the pair of mass shootings that shook America in the span of a single weekend. “Mental illness and hatred pulls the trigger,” Trump said. “Not the gun.” That sentiment echoed Trump’s initial Twitter responses to the tragedies in Dayton, Ohio and El Paso, Texas, as well as comments from other lawmakersand public figures who blamed the shootings, and others before them, on mental illness. But as death tolls climb, doctors across specialties are growing increasingly frustrated by that framing, and arguing for a stronger focus on gun control over mental health. “It’s really just scapegoating people with mental health issues,” says Dr. Seth Trueger, an assistant professor of emergency medicine at Northwestern University. And while rates of mental health conditions such as depression, anxiety and suicidal behavior are on the rise in the U.S., Trueger says other nations have similar problems and experience far fewer mass shootings. “Other countries have the same kind of mental health issues we have, the same kind of violent video games we have, the same religiosity that we have. All that stuff is just a distraction” from the need for better gun control, he says. 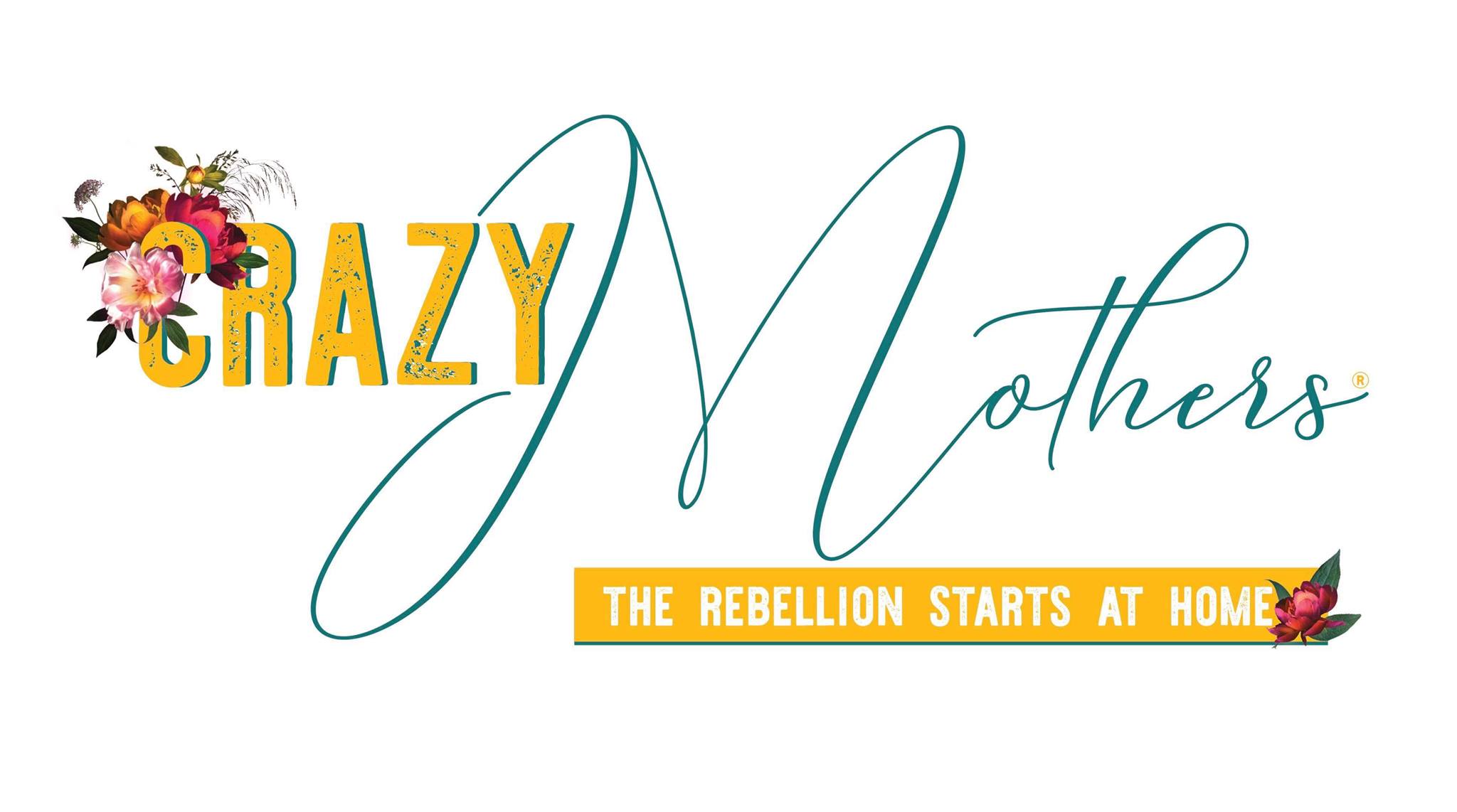 CrazyMothers is a 501 (c)(3) dedicated to spreading vaccine injury and recovery awareness. We work with mothers to help them gain true informed consent, so the decision to vaccinate (or not!) comes from a place of knowledge as opposed to fear.
We strive to help parents who are dealing with a child’s vaccine injury, pointing them toward resources which will begin their journey to recovery. Most importantly, we aim to help everyone in our CrazyMothers community feel empowered when making decisions regarding their children’s health.

Exploring Mineral Dynamics, and Estrogen in Pregnancy and the Rise of Autism…

Here’s a Video Link that profiles the same story:
https://www.youtube.com/watch?v=MQQwhnCVkXY

Now here’s what folks don’t know…
o Autism is a spectrum disorder based upon the degree of Oxidative Stress and Inflammation involved. And what’s the BIGGEST source of Oxidative Stress?!? Excess, unbound Iron, coupled with LOW Bioavailable Copper!… (our familiar song… )

o Turns out that there’s an Enzyme that NO ONE KNOWS ABOUT, called Zyklopen, that’s designed to Regulate Iron transport from the Placenta to the Fetus’ Liver, and in so doing minimize Oxidative Stress…

o And when Zyklopen (a Ferroxidase enzyme) has LOW/NO function, MTHR NATURE’s “back up plan” is to use Estrogen as an ANTI-OXIDANT to stem the rise of Oxidative Stress…
o And the source of this mineral chaos is the conventional obstetrical practive of seeking higher Hemoglobin levels during pregnancy, despite the fact that the research results of 150,000 LIVE BIRTHS in England demonstrates that the Healthiest weight babies are born – consistently – to Mothers with LOWER levels of Hemoglobin (8.5-9.5 vs the modern standard that calls for ~12+) 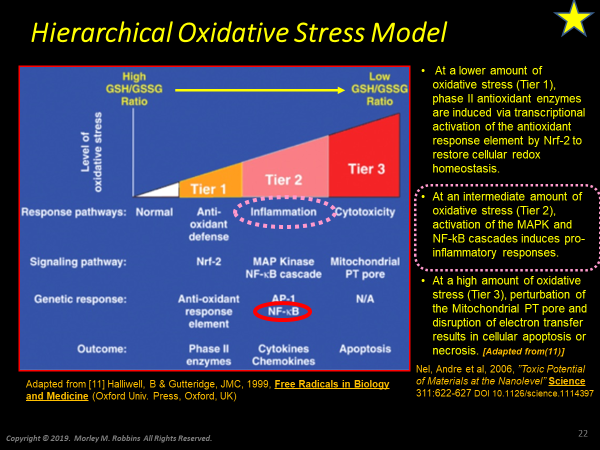 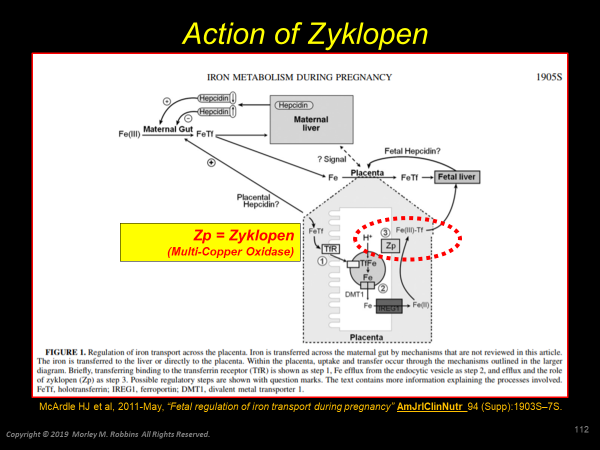 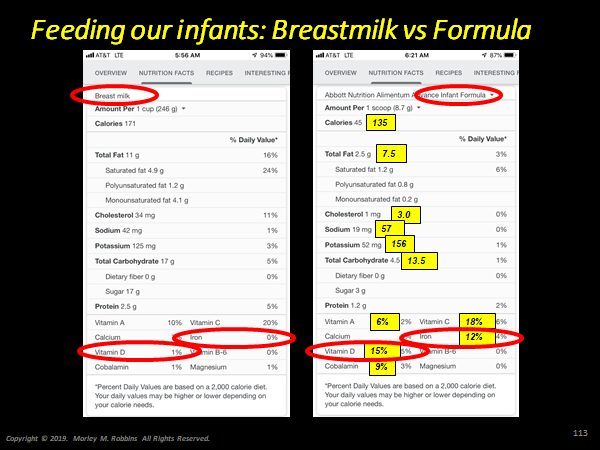