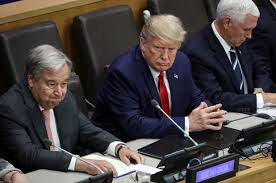 Trump promotes religious freedom in UN speech President Trump on Monday decried religious intolerance during a speech at the United Nations in which he called on world leaders to not persecute people over their faith. “The United States is founded on the principle that our rights do not come from government, they come from God. This immortal truth is proclaimed in our Declaration of Independence and enshrined in our First Amendment to our Constitution, Bill of Rights,” the president said. “Our founders understood that no right is more fundamental to a peaceful, prosperous and virtuous society than the right to follow one’s religious convictions. Regrettably, religious freedom enjoyed by American citizens is rare in the world,” he continued. 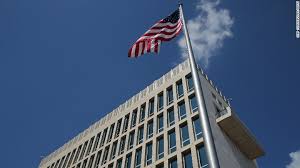 Cuba ‘sonic attack’ might be connected to insecticide intended to fight Zika, study says A mysterious illness that hit dozens of American and Canadian diplomats in 2016 in Havana, Cuba, is likely connected to insecticides sprayed to fight Zika virus, according to a new study from a team of scientists in Canada. Government personnel complained about symptoms including vertigo, ringing in the ears, pain, blurred vision, dizziness and memory and concentration problems. Leaders at the US Department of State were concerned that personnel were victims of an “acoustic attack” by sonic devices. The mysterious illness came to be known as “Havana syndrome.” The diplomats have been studied by federal agencies and government scientists. They’ve been at the center of a Senate hearing and investigations. The Cuban government vigorously denied any involvement in the incidents. President Donald Trump said in 2017 that he believed Cubans were “responsible” for the diplomats getting sick. In March 2018, the State Department announced it was keeping staff at its embassy in Cuba at the minimum level required to perform “core diplomatic and consular functions” due to concerns about “health attacks” on staff. 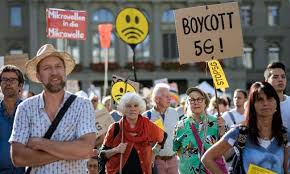 Thousands of Swiss protest 5G wireless over health fears Thousands of people protested in the Swiss capital Bern Saturday over the roll-out of a 5G wireless technology across the country, which they fear could damage people’s health. The protesters, many carrying placards, gathered in front of the Swiss parliament building, in a bid to stop the construction of more 5G-compatible antennae. “The fact that so many people turned out today is a strong sign against the uncontrolled introduction of 5G,” said Tamlin Schibler Ulmann, co-president of Frequencia, the group that organised the rally. The tiny principality of Monaco became the first country in Europe to inaugurate a 5G mobile phone network in July based on technology from Chinese firm Huawei, which is seen by the US as a major security risk. But critics in Switzerland argue that the electromagnetic radiation the new system emits poses unprecedented health and environmental risks compared to previous generations of mobile technology. 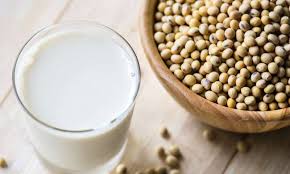 Crying over plant-based milk: neither science nor history favours a dairy monopoly Soy milk. Almond milk. Rice milk. To some dairy farmers these products are like a red rag to a bull. They want governments to decree the word “milk” should be reserved for milk from mammals. They argue letting plant-based products be called milk is potentially misleading consumers. Australia’s National Party has joined the call, passing a motion urging the federal government to ban plant-based and other alternative products calling themselves milk. If this were a matter of strict biological definition, they might have a very good point, but both science and history are against them. Biology defines milk as the white fluid from the mammary glands of female mammals used to nourish their young. It’s this ability (lactation) that in fact defines and distinguishes mammals from other animals. Given our own status as mammals, it’s not surprising that milk also carries significant cultural meaning. But biology isn’t the last scientific word. Botany defines milk as a kind of juice or sap, usually white in colour, found in certain plants. 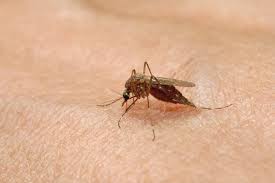 At least 8 people have died in the United States from a rare mosquito-borne illness A third person has died of Eastern equine encephalitis in Massachusetts, raising the reported death toll from the rare mosquito-borne illness to eight nationwide. The victim is among the 10 confirmed human cases of the illness previously reported in Massachusetts, the state’s Department of Public Health said Monday. Eastern equine encephalitis (EEE) is a rare but potentially fatal illness caused by mosquito bites. Typically, five to 10 human cases are reported every year, with about 30% of all cases resulting in death, according to the US Centers for Disease Control and Prevention. “We continue to emphasize the need for people to protect themselves from mosquito bites,” Massachusetts Public Health Commissioner Monica Bharel said in a news release last week. “It is absolutely essential that people take steps to avoid being bitten by a mosquito.” Cases of the illness have also been reported in nearby states.

Hey Dr Robert and Dr Don – long time listener, first time question asker. Last night I woke up to the most excruciating pain that I have ever experienced in my life. The pain was in my left foot but more specifically around the nuckle joint of my big toe. I couldn’t walk or bare weight what so ever. I couldn’t even stand the weight of a single bed sheet or even the breeze from the ceiling fan touching my big toe. I was diagnosed with gout and subsequently prescribed a concoction of prednisone, powerful nsaids and another special pharmaceutical that I was told would absorb the Uric acid. I’m resisting taking these but I am very desperate for relief. Any recommendations for addressing this issue naturally? Any information would be greatly appreciated.

Hi Guys,
I am somewhat confused: What exactly is” herd immunity” how does it work or not work, also please explain “shedding” I have also heard the word (tighter used-not sure of the spelling) please explain what is tighter

As always thank you, Bill

Hey there, Trump flu thing.. He has said while on the campaign that what is happening to children being fine one minute and not being fine the next with the vaccines should be looked into and I beleve that is why RFK has been involved. . He never said he was going to get rid of them.

I read his EO and it basically follows with what he has campaigned on that he wants America to be Great Again, Great at Everything including medicine. I don’t agree with the medicine not by a long shot. But to be behind it hopefully improve it , truly improve it. His EO on GMOs another thing that I am not for , however it called for more transparency than what is allowed now.

What I don’t like about the EO is reasons for the EO , I found some of it really inaccurate. What I have heard that unlike many before him, if you write a handwritten letter to him, he will read it. So I am , I have decided to write him correcting with evidence the reasons for a flu vaccine. I hope others to do the same because in numbers we are noticed.

Couple nights ago I dropped a very sharp knife on my foot. This was a brand new knife right out of the packaging. I was not wearing shoes. The knife went in about an inch and a half. I immediately applied pressure to the wound and we did basic first aid. I ended up going to the urgent care center that evening to get it stitched up and found out that it did pierce the subcutaneous layer. The doctor was nice and did a great job stitching me back together.

But, what happens Robert when you get a cut or a wound and you go to a medical trauma facility? They want to know when your last Tetanus shot was. I knew this would be an issue and I knew they would try to pressure me into getting a Tetanus shot. 3 separate times during the visit they told me I needed a Tetanus shot and each time I calmly said No Thank you. My wife was with me in the room and she could not believe the pressure they were putting on me to get the shot.

Finally the doctor came in to do the procedure and recommended that I get the Tetanus shot. I politely said No Thank you. Then he said because of my refusal and the seriousness of the situation he would need to explain to me in detail what happens when you get Clostridium bacteria. He told me how my muscles would contract, my lungs would tighten, and my whole body would contort and it is a slow painful death—the worst way to die. And while he is verbally explaining this, he is also physically acting out the body contortions. When he was done, I politely said, No Thank you. As I said earlier, the procedure went great, we had great conversations while we was working on me. But the whole Tetanus situation was definitely awkward.

Thought you would get a kick out of this story.
Love the show and all of the educational information. Thank you.
Chad