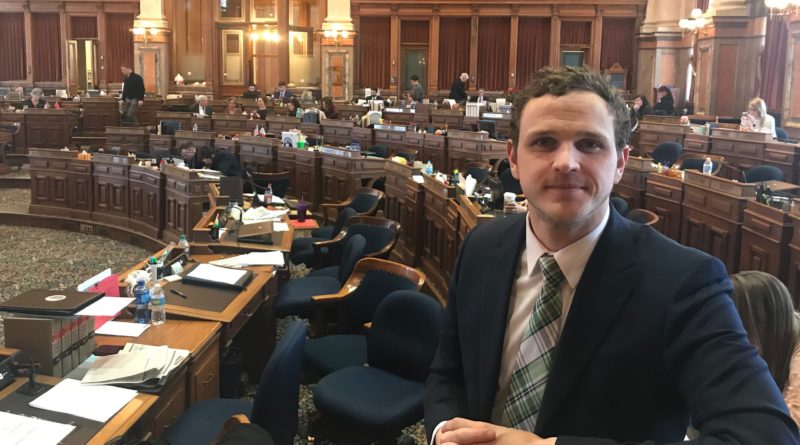 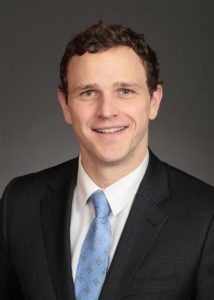 Jeff Shipley is serving his first term in the Iowa House.

Jeff grew up in Naperville, IL and first moved to Iowa to attend the University of Iowa where he earned a bachelors degree in political science. Jeff explored political activism as a student and never quit. Jeff was attracted to Fairfield because of the open-minded and joyful atmosphere and settled there in 2011.

Jeff has a sales and marketing background and spent three years in the renewable energy industry. Before that, Jeff worked in bankruptcy law at the Noyes Law Office P.C. Now, he’s helping grow the local food economy as a sales consultant for the Bubbling Brine Brothers line of sauerkraut and fermented vegetable products. Jeff first became the Fairfield Oktoberfest Running of the Wieners chairman in 2016. As a regular host and performer at Cafe Paradiso’s weekly open mic, Jeff is a beloved contributor to Fairfield’s thriving arts and entertainment culture. 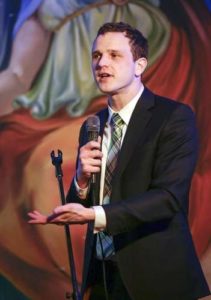 Rep. Jeff Shipley: ‘Comedy gave me the courage to run’ He’s a sauerkraut salesman from southern Iowa. He does stand-up comedy and serves as Wiener Dog Racing chairman. And midway through his freshman session as a member of the Iowa House, 30-year-old Fairfield Republican Jeff Shipley says the experience so far has lived up to his expectations. “You know, a lot of people sitting around thinking they are important,” he said with a grin that makes it hard to tell if it’s the legislator or the comedian talking. Joking aside, Shipley is taking his new job earnestly. He has introduced bills dealing with increasing the number of conditions that can be treated with medical cannabis, banning fluoride in drinking water, installing and using composting toilets, taxing virtual currencies and allowing Medicaid coverage for yoga. “Yeah, I’ve heard a few jokes made at my expense,” Shipley said when asked about his proposal to require high school students to “read and demonstrate comprehension” of excerpts from Alexander Solzhenitsyn’s “Gulag Archipelago,” a three-volume text chronicling labor camps in the former Soviet Union. “The bills, yeah, maybe they seem a little bit off-the-wall to the traditional political observer. But they are rooted in those conversations that I had with people on the campaign trail,” he said. 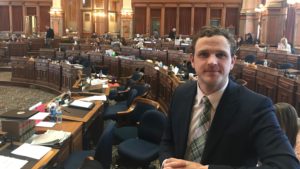 Iowa lawmaker stands by ‘pharma fascist’ description of supporter of vaccine requirements An Iowa state representative is standing by inflammatory comments he made online suggesting that a supporter of required vaccines is a “pharma fascist.” Rep. Jeff Shipley, R-Fairfield, replied to one of California state Sen. Richard Pan’s tweets about vaccinations Saturday and continued to tweet about the subject Sunday. Shipley first called Pan “a medical rapist” before apologizing for the term and saying that “pharma fascist” or “corporate vaccine whore” would have been more appropriate terms. “You’re threatening peaceful families with the violence of the state. You’re the violent one… using the FORCE of law to administer injections without consent. You’re a medical rapist,” Shipley replied to Pan on Twitter. “If you back someone in a corner don’t be surprised if they lash out in self-defense.” 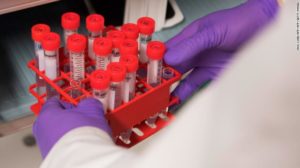 ust 1 dose of the HPV vaccine may protect against infection, new study suggests A single dose of the human papillomavirus, or HPV, vaccine may be just as effective as two or three doses at preventing cancer-causing HPV infection, a new study suggests.The study, published in the medical journal JAMA Network Open on Friday, found that compared with unvaccinated women, infection with certain high-risk HPV types was significantly less prevalent among women who received one, two or three doses of HPV vaccine. The study involved analyzing data from the National Health and Nutritional Examination Survey on 1,620 women in the United States ages 18 to 26. The researchers took a close look at HPV vaccination rates and HPV infection among the women between 2009 and 2016. The study found that 111 of the 1,004 unvaccinated women were diagnosed with infections of HPV types 6, 11, 16 or 18 between 2009 and 2016. Yet only four of the 106 women vaccinated with one dose; seven of the 126 women vaccinated with two doses; and 14 of the 384 women vaccinated with three doses were diagnosed with those infections during that time period. 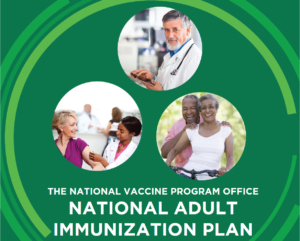 THE NATIONAL VACCINE PROGRAM OFFICE NATIONAL  ADULT  IMMUNIZATION PLAN “Vaccination is considered one of the most important public health achievements of the 20th century and continues to offer great promise in the 21st century. Vaccines save lives and improve the quality of life by preventing serious infectious diseases and their consequences. However, the benefits of vaccination are not realized equally across the U.S. population. Adult vaccination rates remain low in the United States, and significant racial and ethnic disparities also exist. The U.S. Department of Health and Human Services National Vaccine Plan (NVP), released in 2010, is a road map for vaccines and immunization programs for the decade 2010–2020. While the NVP provides a vision for improving protection from vaccine-preventable diseases across the lifespan, vaccination coverage levels among adults are not on track to meet Healthy People 2020 targets.The National Vaccine Advisory Committee and numerous stakeholder groups have emphasized the need for focused attention on adult vaccines and vaccination.1 The National Adult Immunization Plan (NAIP) outlined here results from the recognition that progress has been slow and that there is a need for a national adult immunization strategic plan.” 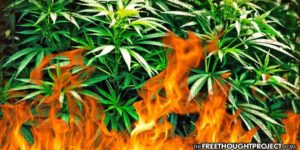 As Americans Distracted by Impeachment, Congress Silently Killed Cannabis Reform—Despite Support In case you have been under a rock, Donald Trump is getting impeached. He is not getting impeached for invading countries on false pretenses, engineering coups to overthrow democratically elected governments in foreign countries, sending weapons to the largest state sponsor of terror in the world, or massively increasing the surveillance state—all of which is provable. He is getting impeached over an alleged quid pro quo scheme to help him get reelected. As Americans sit back and watch the political theater unfold in front of them, the tyrannical and freedom diminishing gears continue turning with bipartisan support. Case in point: on Christmas Eve, Congress summarily shut down cannabis reform that would have massively shifted the paradigm toward freedom. Over the Christmas break, Congress voted to pass spending legislation for fiscal year 2020. Attached to the 2020 spending legislation was a list of riders intended on making the United States a less tyrannical and freer nation in regards to cannabis. 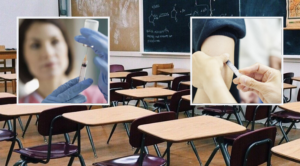 Students in Seattle Told to Get Vaccinated or Don’t Come Back After Winter Break Winter break is supposed to be a time filled with family, fun, new toys and games, and plenty of time to play and relax. But for thousands of Seattle Public School students and their families, this winter break has included an unexpected demand. Thousands of students were warned that they won’t be welcome back to school after break if they don’t comply with Washington state’s vaccine laws. Letters sent to families indicated that students must be in compliance with the laws by January 8th. A statement on the district’s website reads: Student records must reflect updated immunization status by January 8, 2020, or students cannot attend school until the required information is provided to the school nurse.” According to district officials, 2,274 students received the letter. Seattle Public Schools district representative Tim Robinson says that the district has “to exclude them,” explaining:“They would be excluded here, they would be excluded at any school district, and we certainly want to avoid that. I know all schools want to avoid it because you don’t want students to miss any school time.” 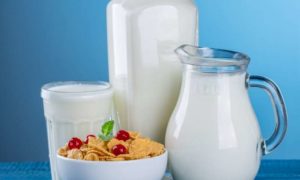 Do you still have a listen in telephone line? Thank You.

I would really like to have a Qi Home or Shield for my house, but they are just too expensive. Sometimes the RSB show sounds like an info-mercial for Synergy Sciences. Think I’ll just buy lots of anti-oxidents and hope for the best with the EMFs.

Can STI’s like thrichomonas and HPV be cleared from men using silver hydrosol?

My question is–My father is 96 years old he has neuropathy in both legs, he has been told that he is not a diabetic-the burning never stops-do you think Kratom could help his condition.
Sincerely Bill