Physician, Former House Rep, Lashes Out At Mandatory Vaccines ‘How Many Vaccines Are Too Many?’ Physician and former Texas House representative, Ron Paul, is known for waging war on those who oppose anyone’s rights of all sorts. Yesterday, Paul hosted his weekly podcast and dove into the issue of mandatory vaccinations. Paul is, as you’ve likely surmised, vehemently opposed to mandatory vaccination laws. Additionally, Paul ask the question, “how many vaccines are too many?” Again, Paul is a physician. The show created a major stir as those who somehow think that they can pick and choose their rights decidedly lashed out at Paul for not kowtowing the mainstream agenda with vaccines.

All Medical Treatments (Including Vaccines) Should Be Voluntary

All Medical Treatments (Including Vaccines) Should Be VoluntaryWatch the whole show here: https://youtu.be/Ko23OfAYh6M

World Health Organization’s New Lax Vaccine Safety Policy Leads to More Child Deaths by Vaccines Two leading pediatricians in India have published a critique of the World Health Organization’s (WHO) newly revised manual on the classification of Adverse Events Following Immunization. The doctors claim that the new guidelines are too lax, resulting in more children dying from adverse reactions to vaccines, with no accountability for the vaccine manufacturers to produce safer vaccines. In the U.S., pharmaceutical companies manufacturing vaccines cannot be sued due to faulty vaccines, which allows them to put as many vaccines into the market as they want, with no repercussions if the vaccine proves to be faulty or have a high injury and death rate. Victims must sue the U.S. government and top DOJ attorneys who protect the drug companies. (See quarterly reports from the DOJ on vaccine injuries and deaths here.) This move by the WHO may very well be an attempt to protect drug companies manufacturing vaccines by preventing lawsuits in the rest of the world for faulty vaccines. 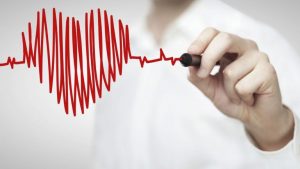 Finally, a Win for Health Care Congress has given up the effort to reform health care for now, but in the meantime Senator Rand Paul and the Trump administration have accomplished a real win for many Americans who are struggling to afford health insurance. The Department of Labor announced last week that it had finalized a rule that will make it easier for people to purchase insurance by forming group associations that can have a membership which spans across state lines. The rule also relaxes regulations on mandated benefits and plan structures that currently artificially increase the cost of plans for many people. This will provide opportunities for millions of Americans who are currently trapped in the individual health care market under the ObamaCare exchanges, or who work for a small business that cannot afford to provide health coverage.

What happened to Zika? Last week, biologists reported the most detailed structure of the Zika virus to date, a finding that could help the effort to develop vaccines or anti-viral medicines. And Monday, a nationwide group of researchers reported in Nature Medicine that Zika causes miscarriages and stillbirths in a quarter of pregnancies in non-human primates. The urgency to fight Zika reached a fever pitch two summers ago when a massive outbreak struck South and Central America and the Caribbean causing more than half a million suspected cases and more than 3,700 congenital birth defects. Some scientists suspect a mutation in the virusmade the disease more harmful and triggered the epidemic. It also landed in an ideal climate, where tropical mosquitoes — namely of the Aedes family — helped propel Zika to such large numbers. But then last summer, the virus declined sharply in its hotspots and all but disappeared in the U.S. In 2016, Puerto Rico, the U.S. Virgin Islands and American Samoa saw more than 36,000 cases of locally transmitted Zika virus. By 2017, the number had dropped to 665. In 2017, the continental U.S. saw only seven cases of local mosquito-borne Zika, down from 224 the previous year. 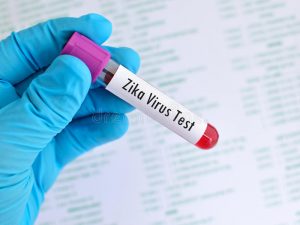 FDA Drops Zika Testing for Blood Donors Individual blood donations will no longer need to be tested for the Zika virus, the U.S. Food and Drug Administration said Friday. “When Zika virus first emerged, the unknown course of the epidemic and the observed severe effects from the disease indicated that individual donor testing was needed to ensure the continued safety of the blood supply,” explained Dr. Peter Marks, director of the FDA’s Center for Biologics Evaluation and Research. “Now, given the significant decrease in cases of Zika virus infection in the U.S. and its territories, we are moving away from testing each individual donation to testing pooled donations,” Marks said in an agency news release. “This is usually more cost-effective and less burdensome for blood establishments. However, the FDA will continue to monitor the situation closely, and as appropriate, reconsider what measures are needed to maintain the safety of the blood supply,” he explained. Zika virus can cause neurological complications, and Zika infection during pregnancy can cause serious birth defects, including microcephaly (an underdeveloped brain). Mosquitoes are the main transmitters of Zika virus in people, but it can also be spread by blood and sexual contact. Many people infected with the virus never develop symptoms, which may include fever, joint pain, rash, and red, irritated eyes.

Students Hate Trump’s SCOTUS Pick… Don’t Realize He Hasn’t Made It Yet Students in NYC were quick to voice their disapproval with President Trump’s Supreme Court nomination… what they didn’t realize is that he hadn’t actually made the pick yet.

NYT: US threatened nations over breastfeeding resolution The United 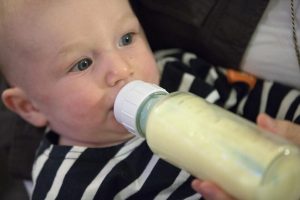 States threatened nations in an effort to blunt a World Health Assembly resolution supporting breastfeeding this spring, The New York Times reported Sunday. The US delegation worked hard, but largely unsuccessfully, to water down a resolution recognizing the importance of breastfeeding for infants and working against misleading attempts to sell substitutes for a mother’s milk, the Times reported, citing more than a dozen participants from various countries, many of whom requested anonymity for fear of US retaliation. President Donald Trump lashed out at the report in a tweet on Monday, saying the US does support breastfeeding. “The failing NY Times Fake News story today about breast feeding must be called out. The U.S. strongly supports breast feeding but we don’t believe women should be denied access to formula. Many women need this option because of malnutrition and poverty,” Trump wrote.

Physician burnout, depression can lead to major medical errors: Study Does your doctor’s mental health and well-being affect the care you receive? A new study says yes — burnout, fatigue and depression may affect major medical errors. Medical errors contribute to an estimated 100,000 to 200,000 deaths per year, according to the Institute of Medicine. Burnout — defined as emotional exhaustion or depersonalization — occurs in more than half of doctors, according to the study. Researchers surveyed physicians across the country to understand the relationship between burnout and major medical errors in their careers. Their findings, published in Mayo Clinic Proceedings, suggest burnout, by itself, plays a large role in errors. Other independent factors affecting errors include the perceived safety of the workplace, physician fatigue and physician mental health. Researchers at Stanford University School of Medicine anonymously surveyed more than 6,600 physicians in active practice. They were asked to fill out standardized questionnaires looking at their levels of burnout, well-being, fatigue and symptoms of depression. In addition, the doctors were asked to grade the safety of their workplace and comment on any major medical errors they may have made. 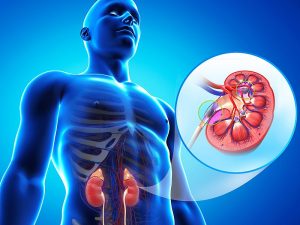 850 Million People Worldwide Have Kidney Disease  Kidney disease is a “hidden epidemic” affecting more than 850 million people worldwide, renal experts say. That’s twice the number of diabetics (422 million) and more than 20 times the number of people with cancer (42 million) or HIV/AIDS (36.7 million). But most people don’t realize that kidney disease is a major health issue. “It is high time to put the global spread of kidney diseases into focus,” said David Harris and Adeera Levin of the International Society of Nephrology. Harris is the group’s president and Levin is past president. They noted that kidney diseases often cause no early symptoms. And many people aren’t aware of their increased risk for heart problems, infections, hospitalization and kidney failure. Chronic kidney diseases (ones lasting more than three months) affect 10 percent of men and nearly 12 percent of women around the world. Up to 10.5 million people need dialysis or a kidney transplant, but many don’t receive these lifesaving treatments due to cost or lack of resources. In addition, more than 13 million people suffer acute kidney injury. Some will go on to develop chronic kidney disease or kidney failure. 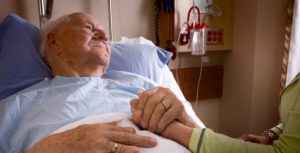 ‘Fighting’ cancer may detract men from palliative care Men with advanced cancer are 30 percent less likely than women to consider palliative care, according to a University of Rochester Medical Center study. Researchers believe the findings reflect social norms about gender roles—as well as widespread messages in the media and society about “fighting” cancer. Often men see themselves as the family protector, said the study’s lead author, Fahad Saeed, M.D., a palliative care specialist and assistant professor of Medicine and Public Health Sciences at URMC. When struck with a serious illness they usually want to be cast as a “fighter” or a “warrior,” and may view palliative care as giving up, he explained. “There is an ethos of ‘fight, fight, fight,’ and there is nothing wrong with that,” said Timothy E. Quill, M.D., an internationally recognized pioneer in palliative care. “But if all you do is fight and you ignore the emotional and spiritual aspects of what’s happening, it’s a missed opportunity to look at life in a different way.” Scientists analyzed data from 383 individuals with advanced cancer between the ages of 22 and 90, who had been asked about their preferences for palliative care. Response options were: definitely no, possibly no, unsure, possibly yes, and definitely yes.