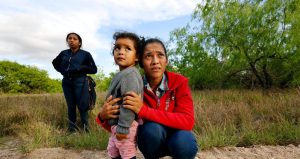 Doctors decry plans to detain immigrant kids with parents Doctors are speaking out against the Trump administration’s plans to stop separating immigrant families by instead detaining children with their parents. That approach, top pediatricians warned Wednesday, replaces one inhumane policy with another. “It puts these kids at risk for abnormal development,” said Dr. Colleen Kraft, president of the American Academy of Pediatrics. Kraft, who earlier this month condemned the practice of separating families as “government-sanctioned child abuse,” said Wednesday that detaining kids with their parents can be just as detrimental to their health. “Having them in detention is traumatizing and it’s not a good place for children,” she said. “Children deserve to be with their families in a community-based setting where they can heal.” 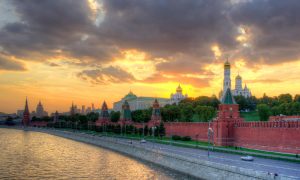 Russia Chastises Canada for Legalizing Marijuana It has now been a week since Canada legalized marijuana nationwide for recreational consumption, and still the United States — not President Donald Trump, U.S Attorney General Jeff Sessions, the DEA or, at bare minimum, any member of the White House janitorial staff — has yet to say peep pertaining to the northern nation’s graduation into the realm of common sense. But, as for Russia, the world power for which Trump is accused of colluding with during his presidential campaign, officials there are apparently less than pleased with Canada’s decision to legitimize pot. They are calling it a “breach” of “its international legal obligations,” according to a report from Newsweek. Late last week, the Ministry of Foreign Affairs of the Russian Federation released a statement criticizing the Canadian government for disregarding international drug treaties by going through with a cockamamie scheme to launch a recreational pot trade. Although Canada’s therapeutic marijuana program falls in line with the responsibilities detailed in international law, as it is perfectly acceptable under these treaties to legalize for “medical and scientific purposes,” Russia officials said giving cannabis the same freedom to be grown and sold across the nation in a manner similar to alcohol shows a blatant disrespect for the pact that was made decades ago.
Liberal Meltdown Over Justice Kennedy Retirement Liberal activists and journalists are melting down over Justice Anthony Kennedy announcing his retirement from the Supreme Court on Wednesday. Kennedy, who has served as the court’s swing vote for decades, has now opened the door for President Donald Trump to finally give conservatives their long-desired court majority.https://twitter.com/molly_knight/status/1012039791724990464 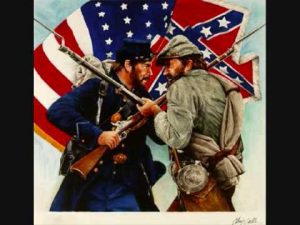 1% Think U.S. Civil War Likely Soon Most voters fear that political violence is coming from opponents of the president’s policies, just as they did in the second year of Barack Obama’s presidency, and nearly one-in-three think a civil war is next. Thirty-one percent (31%) of Likely U.S. Voters say it’s likely that the United States will experience a second civil war sometime in the next five years, with 11% who say it’s Very Likely. A new Rasmussen Reports national telephone and online survey finds that 59% consider a second civil war unlikely, but that includes only 29% who say it’s Not At All Likely. (To see survey question wording, click here.) Democrats (37%) are more fearful than Republicans (32%) and voters not affiliated with either major party (26%) that a second civil war is at hand. But 59% of all voters are concerned that those opposed to President Trump’s policies will resort to violence, with 33% who are Very Concerned. This compares to 53% and 28% respectively in the spring of Obama’s second year in office. Thirty-seven percent (37%) don’t share that concern, including 16% who are Not At All Concerned. 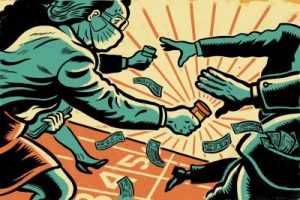 FDA Repays Industry by Rushing Risky Drugs to Market Nuplazid, a drug for hallucinations and delusions associated with Parkinson’s disease, failed two clinical trials. In a third trial, under a revised standard for measuring its effect, it showed minimal benefit. Overall, more patients died or had serious side effects on Nuplazid than after receiving no treatment. Patients on Uloric, a gout drug, suffered more heart attacks, strokes and heart failure in two out of three trials than did their counterparts on standard or no medication. Nevertheless, the U.S. Food and Drug Administration approved both of these drugs — with a deadly aftermath. Uloric’s manufacturer reported last November that patients on the drug were 34 percent more likely to die from heart disease than people taking an alternative gout medication. And since the FDA fast-tracked approval of Nuplazid and it went on the market in 2016 at a price of $24,000 a year, there have been 6,800 reports of adverse events for patients on the drug, including 887 deaths as of this past March 31.

Got Mercury In Your Mouth? 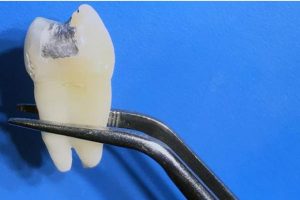 Amalgam fillings may leak mercury after high-strength MRI When amalgam fillings, sometimes referred to as silver fillings, are exposed to ultra-high-strength MRI scans, they can release toxic mercury, according to a new study. While researchers found no effects from the 1.5 Tesla MRI scans, which are lower strength and used commonly, the 7.0 Tesla, or T, version approved by the U.S. Food & Drug Administration in 2017 may have an unforeseen risk for people with amalgam fillings. The findings were published Tuesday in the journal Radiology. The amalgam filling, which includes 50 percent mercury, can cause health problems. The FDA has said amalgam fillings are safe for adults and children older than 6, compared to in Sweeden, Norway, Denmark and Germany, where they have been restricted or forbidden.

Magic or Something Else? 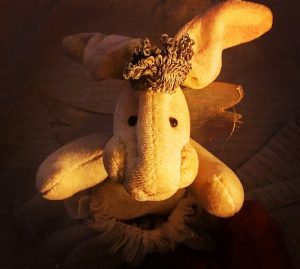 Do You Believe in Magic? I Do The velvety rabbit with big floppy ears and a silver tiara came to me 34 years ago with a name tag that read, “Fairy God Bunny.” That was when I was in my mid-20s and had cancer. For five years I carried this rabbit with me to the hospital for labs, CT scans and X-rays. I was never shy about introducing it to anyone, nor did I feel hypocritical, even though I was a 26-year-old Ph.D. candidate. My friend Cynthia had given me the bunny soon after my testicular cancer diagnosis, reminding me several times that it had “magical powers.” She later boosted those powers by adding a wand trimmed in gold lamé to complement its frilly tutu. That bunny was intended to be my talisman, a magical defender against my cancer. You’d expect me to be skeptical. I’d grown up in an age of science, when facts and data reigned supreme. I’d excelled at Manhattan’s Stuyvesant High School, famous for its geek curriculum. As a three-time visitor to the nearby 1964 World’s Fair, a paean to new technology, I’d drunk DuPont’s Kool-Aid: Better living through chemistry. 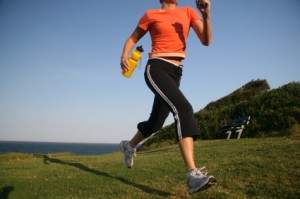 Just 23% of US adults get enough exercise, CDC reports About a quarter of US adults meet guidelines for both aerobic and muscle-strengthening exercise in their spare time, according to new data from the CDC’s National Center for Health Statistics. The US Department of Health and Human Servicesrecommends that people between the ages of 18 and 64 engage in at least 150 minutes of moderate physical activity or 75 minutes of vigorous physical activity each week, as well as muscle-strengthening activities at least twice a week. The department’s Healthy People 2020 initiative, which kicked off in 2010, had a target goal of 20.1% of adults meeting these guidelines by 2020. The CDC report, published Thursday, reveals that this goal was surpassed; 22.9% meet it. “That being said, we found that even though the average has met and exceeded the objective or the goal, there are differences,” said Tainya Clarke, a health statistician and epidemiologist with the CDC’s National Center for Health Statistics and one of the authors of the report. “There are differences at the state level, and there are differences by some sociodemographic factors.”