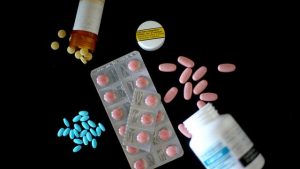 House passes ‘right to try’ drug bill The House passed “right to try” legislation on experimental drugs largely along party lines Wednesday, sending a bill backed by President Trumpto the Senate. Last week, House Republican leaders put the bill on the floor under suspension of the rules. Democrats objected, expressing safety concerns over how the measure would bypass the Food and Drug Administration (FDA), and it fell short of the necessary two-thirds support it needed. But leaders made clear the House would take up the bill again. On the second try, the House only needed a simple majority to pass the bill, and easily did so in the 267-149 vote. Thirty-five Democrats voted for the bill, and two Republicans opposed it. Now, the measure goes to the Senate, where a version of the bill passed in August by unanimous consent. 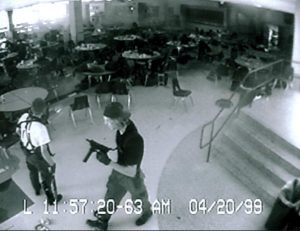 36 School shooters/school related violence committed by those under the influence of
psychiatric drugs Fact: At least 36 school shootings and/or school-related acts of violence have been committed by those taking orwithdrawing from psychiatric drugs resulting in 172 wounded and 80 killed (in other school shootings, information about their drug use was never made public—neither confirming or refuting if they were under the influence of prescribed drugs).  The most important fact about this list, is that these are only cases where the information about their psychiatric drug use was made public. 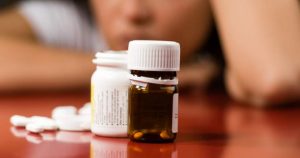 From Prozac to Parkland: Are Psychiatric Drugs Causing Mass Shootings? If you develop digestive problems after a change in diet, do you look for the cause in foods you always ate or the new ones you started eating? While the answer is obvious, this common sense is painfully uncommon when analyzing the new phenomenon of continual mass shootings: Many blame the long-present “foods” — guns in this case — and ignore the new diet whose embrace coincided with the problem. And part of what’s new is the widespread use of psychiatric drugs. As a case in point, the Parkland, Florida, shooter (I won’t use his name and help provide the fame he craved), who murdered 17 on Valentine’s Day, was on medication for emotional issues, his aunt related. This is now a familiar story, too. As WND.com’s David Kupelian put it Thursday, the following is par for the course: As information about a “perpetrator emerges, a relative confides to a newspaper that the ‘troubled youth’ who committed the mass murder was on psychiatric medications — you know, those powerful, little understood, mind-altering drugs with fearsome side effects including ‘suicidal ideation’ and even ‘homicidal ideation.’”

“The Rise of Tyranny,” by Jonathan Emord – Since 1935 the Congress of the United States has delegated vast legislative, executive, and judicial 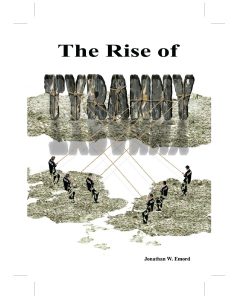 powers to the Federal Agencies.  The Founding Fathers predicted that if ever those constitutional powers were vested in single hands that would be the death of liberty and the birth of tyranny. In this insightful book veteran constitutional and administrative attorney Jonathan W. Emord explains that the Founders’ dire prediction has come true.  Three quarters of all federal laws are now the product not of our elected representatives but appointed agency heads.  Largely unaccountable to the courts, the Congress, the President, and the American people, those officials repeatedly use their governing power to protect the economic interests of favored industry leaders at the expense of new market entrants and the American people.  By doing so, they secure lucrative post government employment for themselves at the expense of Americans’ lives, liberties, and property.  Emord blames Congress for avoiding responsibility for making tough choices, leaving those decisions to the faceless and insulated bureaucracy.  He explains that this mass delegation of power has replaced the Constitutional Republic the Founders gave us with a bureaucratic oligarchy they condemned as tyrannical.  Unelected and unaccountable but possessed of all power, the agency heads invariably govern corruptly, just as the Founders predicted.  Emord offers America specific solutions to these problems, including two bills that he has written for Congress and that have already been introduced, the Congressional Responsibility and Accountability Act and the Health Freedom Protection Act.  This is a book for the ages.  It explains why our government is broken, who’s to blame, and how it can be fixed. 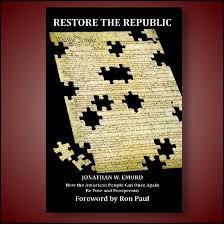 “Restore the Republic” by Jonathan Emord – As the nation drowns in a sea of debt and over-regulation and as government offers no clear solutions, constitutional lawyer Jonathan Emord presents a bold plan to restore the republic. Drawing from law, history, and economics, Emord explains that each obstacle to power and arbitrary will that the Founding Fathers placed in the Constitution has been abandoned, transforming the limited federal republic defined by the Constitution (protective of individual liberty and sovereignty) into an unlimited bureaucratic oligarchy antithetical to the Constitution. It is that transformation which created the seeds that have grown into limitless government, corruption, regulation of all aspects of life, destruction of free enterprise, planned economies, and a deprivation of economic and civil liberty. Having identified precisely why and how the United States has lost its foundational principles and its rights basis, Emord then charts a bold course to resurrect power limiting doctrines, eliminate excess government, and restore individual sovereignty and liberty. Indeed, Emord offers a detailed plan for deregulating markets and weaning Americans from entitlements (including Social Security and Medicare), without leaving dependents destitute. In his foreword, Ron Paul describes Restore the Republic as “. . . an invaluable explanation of how constitutional bulwarks against big government were eroded-and how we can rebuild them,” concluding that the book is “highly recommended” for all “interested in regaining our lost liberties and restoring our republic.” 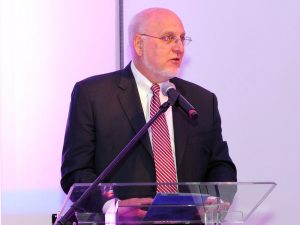 Questions About AIDS Research By CDC’s Robert Redfield The Trump administration named
HIV expert Dr. Robert Redfield to lead the Centers for Disease Control and Prevention, ignoring complaints that he botched high-profile vaccine research more than 20 years ago. The Army in 1994 acknowledged accuracy issues with HIV vaccine clinical trials led by Redfield, but concluded at the time that the data errors did not constitute misconduct. In an announcement Wednesday afternoon, Health and Human Services Secretary Alex Azar emphasized Redfield’s care of HIV/AIDS patients and his work as a researcher, which included the controversial research. Yet one of the whistleblowers who first raised the matter to the Army told Kaiser Health News this week that he remains so troubled about Redfield’s handling of the vaccine research that he has decided to speak out publicly.

Loved Robert’s talk on the Holistic Oral Health Summit. Do you sell any of the products that were mentioned on the talk? Also Robert talked about coaching or working with people? I just don’t see anything regarding this on your website. Thank You! 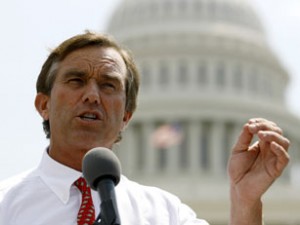 Robert F. Kennedy, Jr. Addresses Capitol Hill on Vaccine Safety Issues Last week, 15 dedicated children’s health and medical choice advocates joined Robert F. Kennedy, Jr. on Capitol Hill to fulfill our promise to the community to provide crucial vaccine safety information to every member of Congress. Meetings with Congressional Members, Senators, and staff took place over a four-day time period to explain WMP’s six-step Vaccine Safety Project that details the actions necessary to introduce sound science and transparency to our vaccination program. Federally elected officials can no longer ignore the chronic health conditions—tied in no small part to adverse vaccine reactions—that currently affect over half of our nation’s children. Not only are these officials now aware of the conflicts of interest and inadequate science upon which the vaccine program is built, but they have been given a common-sense plan for enacting desperately needed changes that puts children’s health first. 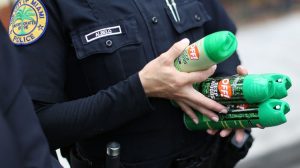 Are People Actually Smoking Bug-Spray-Laced Drugs? Either Way, It’s a Bad Idea Street drugs
in Indianapolis may be laced with an unusual ingredient: household bug spray, according to news reports. The IndyStar reports that marijuana, synthetic cannabinoids, tobacco and even banana leaves could be intentionally drenched in bug spray. People who take the bug-spray-laced drugs can slide into an unresponsive stupor that lasts as long as 45 minutes, Indianapolis firefighter Scott Lebherz told the IndyStar. But how does smoking drugs laced with bug spray affect the body and brain?