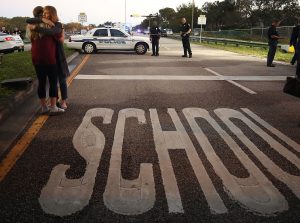 School shootings are extraordinarily rare. Why is fear of them driving policy? The first
recorded school shooting in the United States took place in 1840, when a law student shot and killed his professor at the University of Virginia. But the modern fear dawned on April 20, 1999, when Dylan Klebold and Eric Harris killed 12 classmates and a teacher, and then themselves, at Colorado’s Columbine High. Since then, the murder of children in their classrooms has come to seem common, a regular feature of modern American life, and our fears so strong that we are certain the next horror is sure to come not long after the last. The Education Department reports that  roughly 50 million children attend public schools for roughly 180 days per year. Since Columbine, approximately 200 public school students have been shot to death while school was in session, including the recent slaughter at Marjory Stoneman Douglas High School in Parkland, Fla. (and a shooting in Birmingham, Ala., on Wednesday that police called accidental that left one student dead). That means the statistical likelihood of any given public school student being killed by a gun, in school, on any given day since 1999 was roughly 1 in 614,000,000. And since the 1990s, shootings at schools have been getting less common.

I Told You So 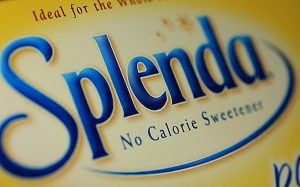 Artificial sweetener Splenda could intensify symptoms in those with Crohn’s disease In a study that has implications for humans with inflammatory diseases, researchers from Case Western Reserve University School of Medicine and colleagues have found that, given over a six-week period, the artificial sweetener sucralose, known by the brand name Splenda, worsens gut inflammation in mice with Crohn’s-like disease, but had no substantive effect on those without the condition. Crohn’s disease is an inflammatory bowel disease of the digestive tract, which can lead to abdominal pain, severe diarrhea, bloody stools, weight loss, and fatigue. About 10-15 percent of human patients report that sweeteners worsen their disease. 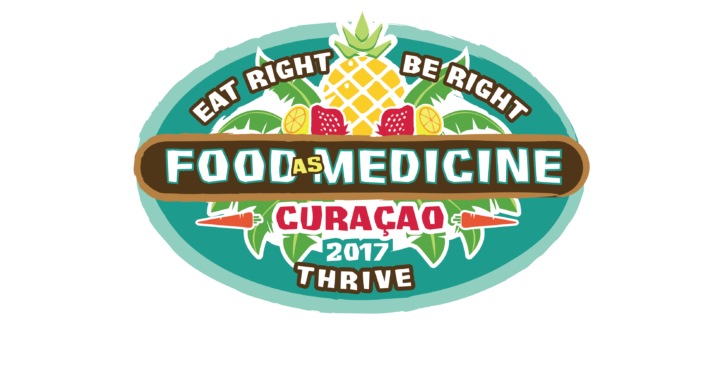 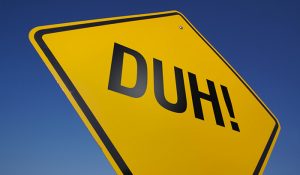 Study suggests that cancer survivors are more easily fatigued Adults who have undergone successful cancer treatment years or decades previously become fatigued more quickly than their peers who don’t have cancer histories, according to a new study in the journal Cancer from scientists at Johns Hopkins Bloomberg School of Public Health. The scientists examined data from a long-running study of normal aging, which included periodic treadmill tests of fatigability as well as 400-meter walks to test endurance. They found that, on average, participants with a history of cancer treatment reported more fatigue in the treadmill tests and were slower to complete the endurance walks, compared to participants without a cancer history. 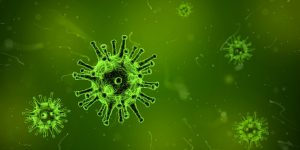 The Virus: To Be Or Not To Be? What if the concept of the virus as a cause of disease was a PR campaign created to hide the truth about the power of your immune system?

Two hundred years ago, the practice of medicine embraced a holistic view of the individual as part of Nature. Under The Law of the Terrain, a virus is present because the conditions of the terrain allow it to be there. A virus is there because it has morphed—through pleiomorphism—from a previous form in order to survive the new conditions inside the cell. The conditions are based on changes in pH, nutrition, and toxicity of its environment.

Today, modern medicine takes a reductionist view where the body is a machine broken down into its various organ systems and chemical constituents. Modern medicine had its beginnings in the 1860s when Louis Pasteur developed his Germ Theory of Disease, which created a fear of an invisible, external agent—the germ. 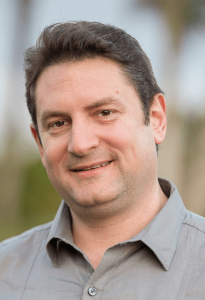 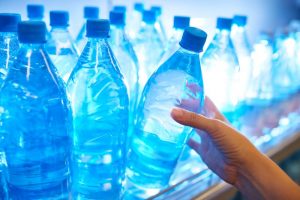 plastic bottles are for the planet. We go through a million of them per minute and are generally terrible at recycling. As a result, bottles join other plastic waste in clogging up waterways, harming wildlife and accumulating in delicate ecosystems. Now we know this plastic use is probably not too good for us, either. In fact, taking a sip of bottled water might come with more than you bargained for. The water sold in plastic bottles contains microplastics at levels that might endanger human health, according to a recent study. As a result, the World Health Organization plans to investigate the potential health risks of ingesting plastic, the BBC reports.

Is This The Answer To Superbugs?

Platypus milk: How it could combat superbugs Platypus milk could help combat one of humanity’s looming problems, antibiotic resistance, scientists say. The weird creatures have a duck’s beak, venomous feet and are one of only two mammals able to lay eggs. Australian scientists discovered in 2010 that the semi-aquatic animal’s milk contains a potent protein able to fight superbugs. They’ve now identified why, and say it could lead to the creation of a new type of antibiotic. Platypus are monotremes – a tiny group of mammals able to both lay eggs and produce milk. They don’t have teats, instead they concentrate milk to their belly and feed their young by sweating it out.