First Direct Evidence Shows Bacteria Change Shape Inside Humans to Avoid Antibiotics Widespread antibiotic use is largely to blame for the emergence of antibiotic resistant bacteria, which is currently one of the biggest threats to global health. Not only does antibiotic resistance already cause an estimated 700,000 deaths a year, it’s also made numerous infections, including pneumonia, tuberculosis, and gonorrhoea, harder to treat. Without knowing how to stop bacteria from developing antibiotic resistance, it’s predicted that preventable diseases could cause 10 million deaths a year by 2050. Some of the ways that bacteria become resistant to antibiotics is through changes in the bacteria’s genome. For example, bacteria can pump the antibiotics out, or they can break the antibiotics down. They can also stop growing and divide, which makes them difficult to spot for the immune system. However, our research has focused on another little known method that bacteria use to become antibiotic resistant. We have directly shown that bacteria can “change shape” in the human body to avoid being targeted by antibiotics – a process that requires no genetic changes for the bacteria to continue growing. 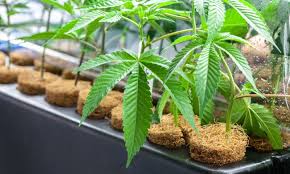 Legalize Signage: CBD Store Told it Can’t Display Cannabis Leaf Advertised on the shingle hanging above the merchant’s door is a representation of the wares offered within. The butcher and the baker and the haberdasher alike all make their presences known in this way; why should anything be different for the purveyor of herbal wellness remedies? Because marijuana, that’s why! CBD Kratom is a particularly successful chain of 27 stores in three states that sell, as the name suggests, among other things, CBD and kratom. Kratom is the plant with sedative and other psychotropic effects that the U.S. Food and Drug Administration believes has killed at least 44 people; it has never been banned. CBD is a cannabinoid found in the cannabis sativa plant — the history of which is full of bans. Added now to that history is CBD Kratom’s sign: a relatively straightforward affair, the words “CBD KRATOM” in a sort of sleek futuristic-type font, adorned with an unmistakable green leaf with seven long, spindly fan leaves. It’s a pot leaf, it’s a weed leaf, it’s a cannabis leaf. What it’s not, at least not according to the FDA, is a marijuana leaf, as long as the plant represented therein has 0.3% or less THC, the legal line dividing Farm Bill-approved hemp from Controlled Substances Act-prohibited marijuana in the United States.

Hi Robert and Super Don,
I love your show and recently graduated from Trinity as a CHHP.
My question is about the fact check site called Snopes. Are they trustworthy?
Thanks for your time.
Kerry

Hi Robert,
I have recently undergone surgery to remove my gallbladder(unfortunately-though I have tried many natural treatments for several years). About a week after surgery, I began having trouble sleeping. I have had insomnia for several years(waking after just a few hours of sleep). But now, I cannot even fall asleep and many days am laying awake all night. My cortisol is a little high. My naturopath has recommended herbal supplements but so far they are not working. Do you have any suggestions for this and general insomnia? Could this be a selenium deficiency?
Claudia 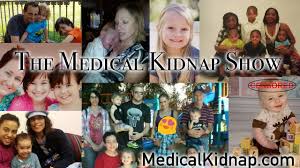 KFNX Talk Radio in Phoenix Airs the First Medical Kidnap Show Despite Pressure Not to Air It The first episode of the new Medical Kidnap Show aired last night (October 3, 2019) on KFNX Talk Radio 1100 in Phoenix. The show can be watched below from the Medical Kidnap YouTube channel, or it can be downloaded as a podcast. Just prior to the show, the station manager was pressured to not air it, as he received accusations of us publishing “fake news” on this topic. Fortunately, he did not give in to this pressure and allowed the show to air. The MedicalKidnap.com website was started in 2014 due to the volume of stories we were discovering of families losing their children to Child Protective Services in Arizona. Arizona has the highest rate of removing children from their parents in the U.S. We discussed some of these stories on the show, and explained what exactly “medical kidnapping” means. 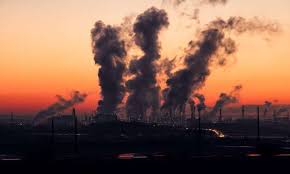 Environmental toxins impair immune system over multiple generations New research shows that maternal exposure to a common and ubiquitous form of industrial pollution can harm the immune system of offspring and that this injury is passed along to subsequent generations, weakening the body’s defenses against infections such as the influenza virus. The study was led by Paige Lawrence, Ph.D., with the University of Rochester Medical Center’s (URMC) Department of Environmental Medicine and appears in the Cell Press journal iScience. The research was conducted in mice, whose immune system function is similar to humans. “The old adage ‘you are what you eat’ is a touchstone for many aspects of human health,” said Lawrence. “But in terms of the body’s ability to fights off infections, this study suggests that, to a certain extent, you may also be what your great-grandmother ate.” 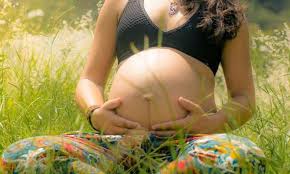 High lead levels during pregnancy linked to child obesity, study suggests Children born to women who have high blood levels of lead are more likely be overweight or obese, compared to those whose mothers have low levels of lead in their blood, according to a study funded by the National Institutes of Health and Health Resources and Services Administration. The study was conducted by Xiaobin Wang, M.D., of the Johns Hopkins Bloomberg School of Public Health in Baltimore, Maryland, and colleagues. It appears in JAMA Network Open. Researchers analyzed data on 1,442 mother-child pairs from the Boston Birth Cohort, a large observational study that aims to determine the causes of preterm birth. Mothers’ blood samples were analyzed for lead exposure 24 to 72 hours after they gave birth. Children had their weight assessed periodically throughout childhood. At an average age of 8.1 years, children born to mothers with high lead levels were more than four times as likely to be overweight or obese than children born to mothers with low lead levels. 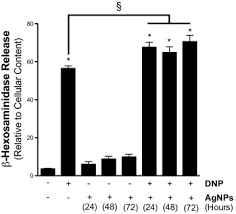 Exposure to silver nanoparticles primes mast cells for enhanced activation through the high-affinity IgE receptor Mast cells are a key effector cell in type I allergic reactions. It has been shown that environmental exposures such as diesel exhaust and heavy metals exacerbate mast cell degranulation and activation. Today, the use of engineered nanomaterials (ENMs) is rapidly expanding and silver nanoparticles (AgNP) are one of the mostly widely utilized ENMs, primarily for their antimicrobial properties, and are being incorporated into many consumer and biomedical products. We assessed whether pre-exposure of bone marrow-derived mast cells (BMMCs) to 20 nm AgNPs enhanced degranulation and activation to an allergen (dinitrophenol-conjugated human serum albumin) by measuring β-hexosaminidase release, LTB4 and IL-6 production. In addition, we assessed reactive oxygen species (ROS) generation, cell oxidative stress and toxicity as well as total and individual protein tyrosine phosphorylation (p-Tyr). We found that pre-exposure of BMMCs to AgNPs results in exacerbated allergen-mediated mast cell degranulation, LTB4 production and IL-6 release. Exposure of BMMCs to AgNPs exacerbated allergen-induced ROS generation, however, this was not associated with oxidative stress nor cell death. Finally, pre-exposure to AgNPs enhanced allergen-mediated global p-Tyr as well as individual proteins including Syk, PLCγ and LAT. Our findings indicate that pre-exposure to AgNPs exacerbates mast cell allergen-mediated phosphorylation of FcεR1-linked tyrosine kinases and ROS generation resulting in amplified early and late-phase responses. These findings suggest that exposure to AgNPs has the potential to prime mast cells to allergic immune responses, which could be of particular concern to atopic populations as the use of AgNPs in consumer and biomedical products rapidly increases. 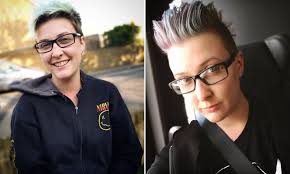 Hundreds of transgender youths who had gender reassignment surgery wish they hadn’t and want to transition back, says trans rights champion ‘Hundreds’ of transgender people who have transitioned want to un-do their surgery, a campaigner who decided to stop identifying as male has revealed. Charlie Evans, 28, from Newcastle, was born female but identified as male for almost ten years before deciding to identify as a woman again. ‘Hundreds’ of people have contacted her, including 30 in Newcastle alone, asking for guidance around detransitioning – the process of becoming the gender they were born – after she went public with her decision last year, she told Sky News.  ‘I’m in communication with 19 and 20-year-olds who have had full gender reassignment surgery who wish they hadn’t, and their dysphoria hasn’t been relieved, they don’t feel better for it,’ Ms Evans said. The people who get in contact with her are usually in their 20s, ‘mostly same-sex attracted’ and often autistic, she added. One 21-year-old woman, who identified as male from the age of 13, reached out to Ms Evans because transitioning did not help her gender dysphoria.