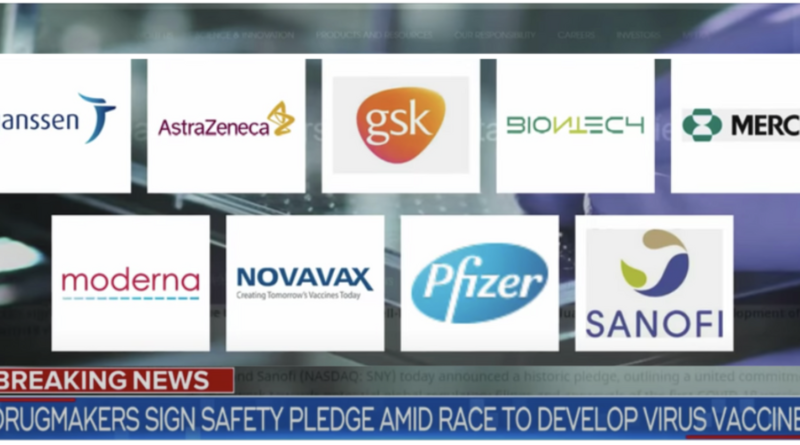 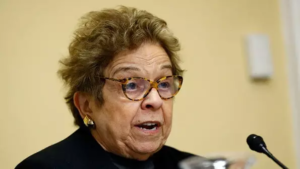 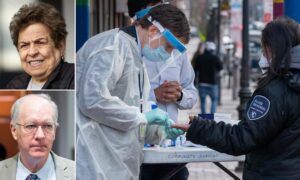 Controversial idea to speed coronavirus vaccine gains ground An idea that might seem outlandish at first is gaining some ground as a way to speed development of a coronavirus vaccine: intentionally infecting people with the virus as part of a trial. The idea, known as a “challenge trial,” would deliberately infect a few hundred young, healthy volunteers, who were first given either the potential vaccine or a placebo. Those picked would be well informed about the risks. That would allow the effectiveness of a vaccine to be determined faster than a traditional clinical trial, which would require that researchers wait for some of the participants to become infected in the course of their daily lives. Supporters say the challenge trial could save several months in the search for a vaccine, which is widely seen as critical for people to feel confident again with social gatherings. A group of 35 House lawmakers, led by Reps. Bill Foster (D-Ill.) and Donna Shalala (D-Fla.), a former secretary of Health and Human Services, wrote to the Food and Drug Administration this week lending their support to the idea. 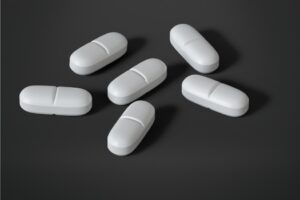 FDA approved opioids for chronic pain despite lacking ‘critical’ safety data The U.S. Food and Drug Administration approved nearly 50 new prescription opioid pain medications between 1997 and 2018, even though it lacked “critical” data on safety and effectiveness, an analysis published Monday by the journal Annals of Internal Medicine found. None of the 48 drugs granted agency approval during the more than 20-year period was evaluated in clinical trials that lasted longer than 12 weeks, and the trials often included narrowly defined groups of patients, researchers said. And few included “systematic assessments” of risks associated with these medications, including addiction potential and non-medical use. “Our analysis provides a window through which to view the FDA’s opioid regulation over the past 20 years,” study co-author Dr. Caleb Alexander, founding co-director of the Center for Drug Safety and Effectiveness at Johns Hopkins Bloomberg School of Public Health, told UPI. “We found the FDA often approved new opioids based on trials of short duration, in narrowly defined populations, and that systematic collection of certain important safety outcomes was rare,” he said. 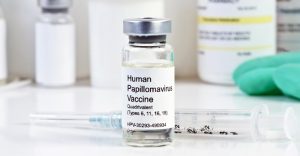 You’re Wrong About The HPV Vaccine (and There’s Data to Prove It) The American Cancer Society is sounding the alarm when it comes to the HPV vaccine (Gardasil 9). Covid-19 has resulted in a 71 percent drop in healthcare visits for 7 to 17-year-olds over the last 6 months, depriving tweens and teens of the appointments that generally result in HPV vaccination. But numbers were down even before the pandemic, with news outlets reporting a 70 percent decrease in HPV vaccination rates year over year in April. It’s possible the pandemic has simply given parents who were already hesitant an excuse to not get their kids vaccinated just yet. But experts believe many of the fears behind their hesitation are likely based on myths that are easily refuted—if only parents are willing to look at what the research says. 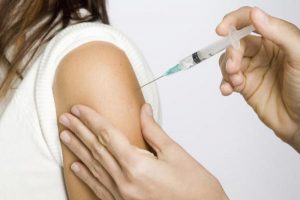 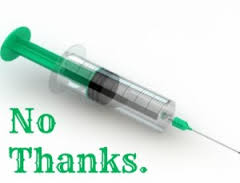 1 in 3 parents don’t intend to have their child get the flu vaccine this year One in three parents doesn’t intend to have their child vaccinated for the flu this season, according to a new poll, despite the potential threat of a second wave of COVID-19 cases. Health officials have increasingly emphasized the importance of vaccinations this year, in part to limit stress on the health care system during the coronavirus pandemic. If the flu is not controlled, officials say hospitals may become overwhelmed by dealing with both. Despite this, 32% of parents say their child is “unlikely” to get a flu vaccine, according to the recent National Poll on Children’s Health. Of them, 42% of the parents say they are worried about the side effects of the flu vaccine. Meanwhile, other parents believe that the flu vaccine is not necessary (40%) or effective (32%). However, roughly 14% percent of parents will not seek the vaccine in an effort to keep their children away from health care sites amid the ongoing pandemic. And, 9% plan to avoid it because their child is afraid of needles or does not want to get the flu vaccine. Still, two-thirds of parents plan to have their child receive the flu vaccine this year, with 49% saying they’re “very likely” to do so. 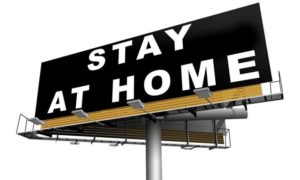 Lockdown Is Over, If You Want It If the world is but a stage and life is all a movie, we’re now seeing coming attractions for an unwelcome sequel: “Lockdown 2: The Empire Strikes Again.” This authoritarian update comes as more and more people see through the politicized lockdown/clampdown narrative. The narrative has had and continues to have huge gaps in scientific debate supporting it. Sweden suspected this from the start. The Scandinavian country spared its economy choosing to not lock down its population. It prevented unneeded mortality spikes from closing off hospitals. It chose to reject saddling a generation with a mental health crisis and a spike in deaths of despair. Southwest of Sweden, Belgium’s citizenry and intelligentsia have been up in arms for over two months. In August, cultural influencers penned two open letters, one calling to reverse the lockdowns and another asking where the evidence-based approach was for such draconian government measures. As their neighbors across the Channel in the UK announced their second round of onerous lockdowns, Belgian Prime Minister Sophie Wilmes took heed of the nation’s scientists. After a third public letter in September eviscerated the key pillars of the lockdowns—garnering nearly 14,000 signatories from the health community and citizens alike—Belgium has changed its ways. Mask requirements, some attendance limits and other public health measures will be relaxed as part of a less stringent, long-term coronavirus strategy. Belgian P.M. Wilmes stated, “Some rules will be relaxed because they are no longer useful or tenable.” Meanwhile, in the UK, dystopia has again come home to roost on an increasingly defiant population. British society as the world has known it may well collapse. 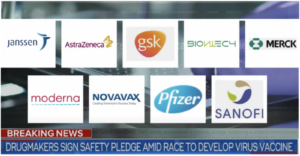 Corporate Media Flips Its Script: Vaccine Risk is Real, Science Isn’t Settled Suddenly…Corporate media is telling Americans we should be more diligent about vaccine safety? At face value, this sudden, rapid, coordinated narrative switch throughout corporate media (and echoed by select medical mouthpieces and government officials) is baffling. Outlets like StatNews, CNN, Wired and others for years all gleefully hurled the “anti-vaxxer” slur at anyone who questioned vaccine safety. But now? They’re grandstanding as beacons of the scientific method and steadfast guards of vaccine safety science! Hooray? It. Is. Disgusting! Parents and their vaccine-injured children who have been abused, targeted and neutralized by the historically deceptive media practices of those outlets haven’t forgotten so easily. Nor have the doctors, nurses and scientists who have lost their licenses, jobs and funding. These courageous iconoclasts dared to speak about the many inconvenient truths surrounding poor, incomplete vaccine safety science. CNN recently attempted to chronicle past vaccine disasters. CNN mentioned things like the Cutter Incident, SV40 cancers, and the 1976 swine flu scare, [though they didn’t mention Tuskegee]. Many people reading the piece thought the content was welcome, considering it came from CNN. But they liked it better the first time they read it, in the 2013 book Dissolving Illusions. All the troublesome vaccine ‘incidents’ chronicled by CNN had in common was the way they harmed and killed countless people. CNN tried to downplay and frame that narrative, claiming all of those incidents were due to a rushed ‘vaccine making process.’

RSB , They have the Public fearful and primed for the next boogieman and this comment say’s get ready there will be more “This is the wake-up moment. We need to get it right or shame on us,” Dr. Frieden said.
“It’s inevitable that there are more epidemics, more pandemics in the future and they’re coming more frequently…What’s not inevitable is that we will continue to be so woefully unprepared.”
James 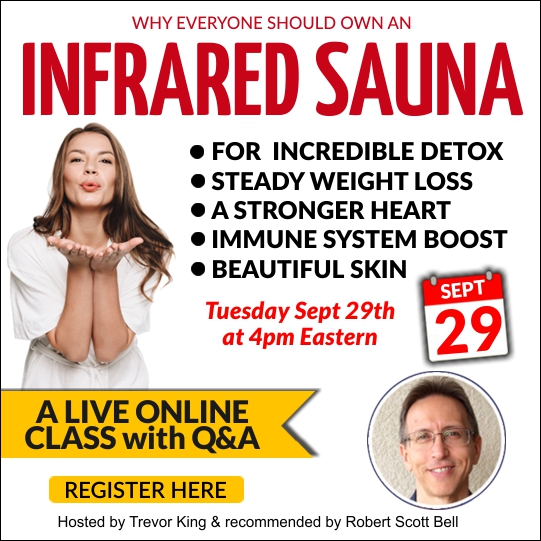