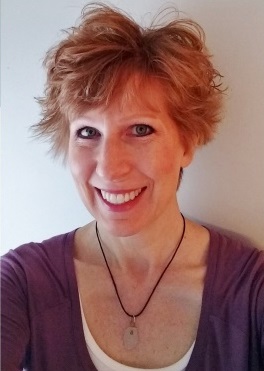 Jill Wright holds a Bachelor of Science degree in Combined Sciences and is a Board Certified Holistic Health Practitioner and Energy Medicine Consultant as well as a current Trinity student. An advocate in the Down syndrome and medical freedom communities, she is especially passionate about supporting individuals with Down syndrome as well as children with growth and toxicity concerns. It was after her youngest daughter was born with Down syndrome that she began alternative health pursuits in earnest, and she has witnessed firsthand the many successes of holistic approaches within her own family, the special needs community, and beyond. As a veteran home educator and mother of six, Jill embraces a lifestyle of learning and continues to marvel at God’s abundant provision in the natural world around us. She lives with her husband and five youngest children in rural Northeast Ohio, where she sees local and remote clients on a limited basis. 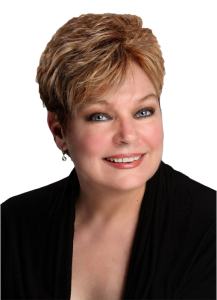 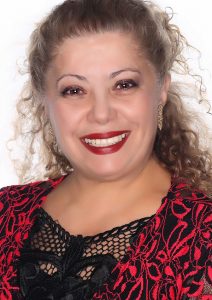 Genie Goykhberg is a Board Certified Naturopathic Doctor, Board Certified Clinical Thermographer, Advanced Loomis Digestive Health Specialist, Physiognomist, and more. She has been trained all around the World, mastering many professional modalities. Each of her brain hemispheres are equally developed:  Her left brain is fueled by her MS in custom built machinery designs and minor in Physics.  Her right brain is activated by her extensive training in the understanding of Human Dynamics. Thermography is her Passion! Thermal Imaging is the safest, non-invasive, no radiation, FDA registered form of digital infrared thermal imaging (D.I.T.I.). It’s an effective and accurate tool to identify one’s health risk factors assessment.

Spiritual science: How a new perspective on consciousness could help us understand ourselves Scientists have long been trying to understand human consciousness—the subjective “stuff” of thoughts and sensations inside our minds. There used to be an assumption that consciousness is produced by our brains, and that in order to understand it, we just need to figure out how the brain works. But this assumption raises questions. Apart from the fact that decades of research and theorising have not shed any significant lighton the issue, there are some strange mismatches between consciousness and brain activity. For example, as the neuroscientist Giulio Tononi has pointed out, brain cells fire away almost as much in some states of unconsciousness (such as deep sleep) as they do in the wakeful conscious state. In some parts of the brain, you can identify neurons associated with conscious experience, while other neurons don’t seem to have any affect on it. There are also cases of a very low level of brain activity (such as during some near death experiences and comas) when consciousness may not only continue, but even become more intense.

Researchers warn: junk food could be responsible for the food allergy epidemic Experts at the 52nd Annual Meeting of the European Society for Paediatric Gastroenterology, Hepatology and Nutrition are today presenting the results of a study that show higher levels of advanced glycation end products (AGEs), found in abundance in junk food, are associated with food allergy in children. Researchers from the University of Naples ‘Federico II’ observed three groups of childrenaged between 6-12 years old (61 children in total): those with food allergies, those with respiratory allergies, and healthy controls. The study revealed a significant correlation between subcutaneous levels of advanced glycation end products (AGEs) and junk food consumption, and further, that children with food allergies presented with higher levels of subcutaneous levels of AGEs than those children with respiratory allergies or no allergies at all. In addition, the research team found compelling evidence relating to the mechanism of action elicited by AGEs in determining food allergy.

How chronic inflammation may drive down dopamine and motivation Growing evidence shows that the brain’s dopamine system, which drives motivation, is directly affected by chronic, low-grade inflammation. A new paper proposes that this connection between dopamine, effort and the inflammatory response is an adaptive mechanism to help the body conserve energy. Trends in Cognitive Sciences published the theoretical framework developed by scientists at Emory University. The authors also provided a computational method to experimentally test their theory. “When your body is fighting an infection or healing a wound, your brain needs a mechanism to recalibrate your motivation to do other things so you don’t use up too much of your energy,” says corresponding author Michael Treadway, an associate professor in Emory’s Department of Psychology, who studies the relationship between motivation and mental illness. “We now have strong evidence suggesting that the immune system disrupts the dopamine system to help the brain perform this recalibration.”

Another MMR Failure With Mumps Outbreak in Florida An outbreak of mumps in 12 fully vaccinated students attending University of Florida, Gainesville campus had county health officials scratching their heads at the end of May. According to one media report, an Alachua County Health Department spokesperson said, “These things do happen. It’s a phenomenon that’s not completely understood,” and reassured students and the public that the MMR vaccine “is a safe vaccine, it’s an effective vaccine even though we have this outbreak in a group of vaccinated individuals. By June 4, WTSP News reported that the number of students on campus with mumps was up to 24 and a University of Florida spokesperson confirmed that all 24 students were vaccinated. Reportedly, a Florida Department of Health spokesperson said the majority of outbreaks in the U.S. are identified on college campuses and that most mumps cases go undiagnosed due to a lack of testing and reporting. According to the CDC, “mumps outbreaks are not reportable” but there have been 1,002 cases of mumps infections reported in 42 states and the District of Columbia between Jan. 1 and May 24, 2019 in the U.S., with an increase of 266 reported cases since Apr. 26. The CDC.gov website states that, “mumps outbreaks can still occur in U.S. communities of people who previously had one or two doses of MMR vaccine. The CDC also states that, “a person with two doses of MMR vaccine has about an 88 percent reduction in risk for mumps.”

Could boosting the gut microbiome be the secret to healthier older age? Faecal transplants from young to aged mice can stimulate the gut microbiome and revive the gut immune system, a study by immunologists at the Babraham Institute, Cambridge, has shown. The research is published in the journal Nature Communications today. The gut is one of the organs that is most severely affected by ageing and age-dependent changes to the human gut microbiome have been linked to increased frailty, inflammation and increased susceptibility to intestinal disorders. These age-dependent changes to the gut microbiome happen in parallel with a decrease in function of the gut immune system but, until now, it was unknown whether the two changes were linked. “Our gut microbiomes are made up of hundreds of different types of bacteria and these are essential to our health, playing a role in our metabolism, brain function and immune response,” explains lead researcher Dr. Marisa Stebegg. “Our immune system is constantly interacting with the bacteria in the gastrointestinal tract. As immunologists who study why our immune system doesn’t work as well as we age, we were interested to explore whether the make-up of the gut microbiome might influence the strength of the gut immune response.”

Parents of boy who died after they treated earache with homeopathy found guilty of manslaughter The parents of a seven-year-old boy who died from an earache after they treated it only with homeopathic medicine have been found guilty of his manslaughter. Marco and Marie Bonifazi failed to give antibiotics to their son Francesco when he was diagnosed with a common infection in the central Italian town of Cagli. Instead, the pair saw a homeopath who “underestimated” the seriousness of the illness, the Corriere della Sera newspaper reported. The youngster fell into a coma and died from encephalitis on 27 May 2017 – three days after his original diagnosis. His parents were given a three-month suspended sentence. Massimiliano Mecozzi, the homeopathic doctor who consulted on the case, will go on trial in September.