Full Replay: President Trump Signs “Right To Try” Act Legalizing Experimental Drugs President Trump signs into law the ‘Right to Try’ Act, which gives terminally ill people the ability to seek drugs that have cleared preliminary testing but still haven’t been approved by the Food and Drug Administration.Trump and Vice President Mike Pence have strongly supported the measure, which originated from the libertarian-leaning ‘Goldwater Institute.’ 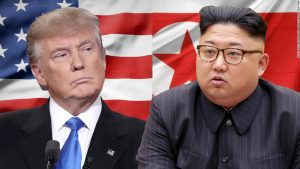 Trump: North Korean delegates are coming to Washington to deliver a letter from Kim Jong Un North Korean officials will deliver a letter from Kim Jong Un to President Donald Trump on Friday in Washington, according to Secretary of State Mike Pompeo, the latest sign that a canceled summit between the two leaders could be back on. Pompeo, who has been meeting with a delegation from the communist dictatorship, acknowledged roadblocks in the ongoing negotiations and said that there was still a great deal of work to do. But he also expressed optimism about working toward the meeting. Trump had said earlier Thursday that North Korean delegates wanted to deliver the letter, the latest sign that a summit between the two leaders may indeed happen after all. The president, speaking to reporters before he departed to attend fundraisers in Texas, said he believes the delegates will be coming to Washington on Friday. He also expressed hope that the meeting would still take place as planned. “We’ll see what happens,” he said. 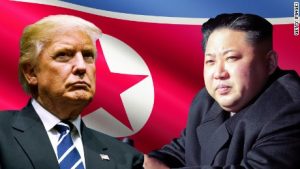 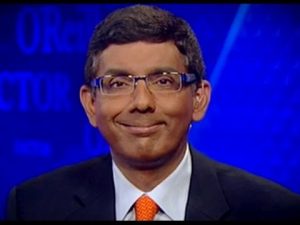 Trump says he will pardon conservative firebrand Dinesh D’Souza Saying he was treated “very unfairly,” President Donald Trump announced Thursday that he will pardon conservative author and filmmaker Dinesh D’Souza, who pleaded guilty four years ago to violating US campaign finance laws. “Will be giving a Full Pardon to Dinesh D’Souza today,” Trump tweeted. “He was treated very unfairly by our government!” D’Souza, 57, a caustic critic of former president Barack Obama and Hillary Clinton, was fined $30,000 and sentenced in September 2014 to five years of probation for making illegal campaign contributions. The Republican pundit and provocateur pleaded guilty to attempting to donate $20,000 to a Senate campaign through straw donors by offering to reimburse associates who sent in the money.

Hour 2 – Big Pharma Has A Cure For Parkinson’s! Not Really 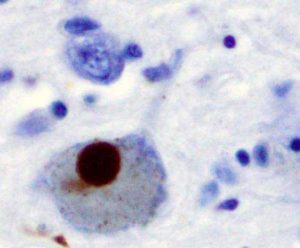 Drugs that suppress immune system may protect against Parkinson’s People who take drugs that suppress the immune system are less likely to develop Parkinson’s disease, according to a study from Washington University School of Medicine in St. Louis. The findings, published May 31 in Annals of Clinical and Translational Neurology, suggest that a person’s own immune system helps nudge him or her down the path toward Parkinson’s. Restraining the immune system with drugs potentially could prevent the neurological disorder, which is characterized by tremors, slow movements, stiffness and difficulty walking. “The idea that a person’s immune system could be contributing to neurologic damage has been suggested for quite some time,” said Brad Racette, MD, the Robert Allan Finke Professor of Neurology and the study’s senior author. “We’ve found that taking certain classes of immunosuppressant drugs reduces the risk of developing Parkinson’s. One group of drugs in particular looks really promising and warrants further investigation to determine whether it can slow disease progression.” 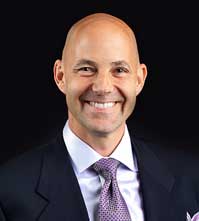 Come and watch LIVE as we take a tour of CV Sciences on Friday, June 1st at 10 AM (PST) with Stuart Tomc, VP of Human Nutrition. Meet the team, get your questions answered, and #JoinTheEvolution!

Mr. Tomc is a recognized authority on dietary supplements, with twenty years of experience in the nutritional health industry. Formerly the Vice President of North American Herb and Spice, where he served for 10 years, in addition to his service as Global Educator for omega-3 market leader, Nordic Naturals, Mr. Tomc is known for his extensive print interviews and contributions to noted books on integrative medicine, as well as his 4000 radio appearances. A renowned educator, Mr.Tomc recognizes CBD and its multiple mechanisms of action to support human health, and envisions a new category of dietary supplements derived from agricultural hemp. 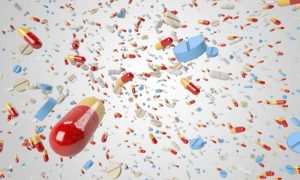 Perception that antibiotics are harmless is widespread A new study of decision-making about the use of antibiotics in medicine has found that the mistaken belief that antibiotics are harmless is widespread, especially among patients. Clinicians and patients alike are influenced by the general notion of “why not take a risk” (“WNTAR”), a belief that there is potential benefit and very little risk in taking antibiotics, when in reality there are specific downsides, both for individuals and for society as a whole. The team of researchers from George Washington University, Center for Disease Dynamics, Economics & Policy (CDDEP), University of California-Davis, Cornell University, and Johns Hopkins University surveyed 149 clinicians and 225 patients from two large urban academic hospitals and 519 online non-patient subjects to determine whether providers share patients’ rationales for antibiotic use. They discovered that when comparing the status quo of remaining sick to the potential benefits of antibiotic use, patients are more likely to expect antibiotics, leading clinicians to prescribe them more despite having a greater knowledge of the drugs and their side effects. The research was published May 30, 2018 in the journal Medical Decision Making. 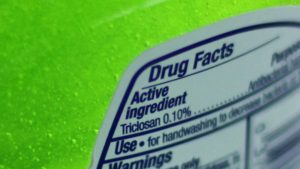 Triclosan could be really harmful to your gut, and it’s probably in your toothpaste Triclosan, an antimicrobial agent found in toys, toothpaste, cosmetics and more than 2,000 other consumer products, has been found to wreak havoc on the guts of mice whose blood concentrations of the compound are roughly equivalent to a typical level for humans. One group of mice who were fed a diet laced with triclosan for three weeks ended up with low-grade inflammation of the colon and saw their garden of gut microbes become notably depleted. When researchers chemically induced inflammatory bowel disease in another group of mice, those exposed to real-world levels of triclosan suffered increased damage to the colon and more severe symptoms of colitis than did mice who weren’t fed the chemical. Finally, in mice made to develop colon cancer, those exposed to triclosan at normal human levels developed more and larger tumors, fueled by the activation of genes known to drive the cancer’s growth. In addition, these mice were slightly more likely to die of colon cancer than their counterparts whose diets and environments were triclosan-free. However, the difference was too small for scientists to say it was more than a statistical fluke.

The secret to longevity is in the microbiome and the gut You are what you eat. Or so the saying goes. Science now tells us that we are what the bacteria living in our intestinal tract eat and this could have an influence on how well we age. Building on this, McGill University scientists fed fruit flies with a combination of probiotics and an herbal supplement called Triphala that was able to prolong the flies’ longevity by 60 % and protect them against chronic diseases associated with aging. The study, published in Scientific Reports, adds to a growing body of evidence of the influence that gut bacteria can have on health. The researchers incorporated a symbiotic—made of probiotics with a polyphenol-rich supplement—into the diet of fruit flies. The flies fed with the synbiotic lived up to 66 days old—26 days more than the ones without the supplement. They also showed reduced traits of aging, such as mounting insulin resistance, inflammation and oxidative stress. “Probiotics dramatically change the architecture of the gut microbiota, not only in its composition but also in respect to how the foods that we eat are metabolized,” says Satya Prakash, professor of biomedical engineering in McGill’s Faculty of Medicine and senior author of the study. “This allows a single probiotic formulation to simultaneously act on several biochemical signaling pathways to elicit broad beneficial physiological effects, and explains why the single formulation we present in this paper has such a dramatic effect on so many different markers”.

Amazing What A Little Bit Of Nature Can Do.. 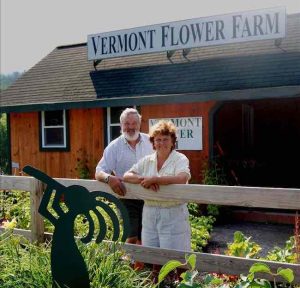 Small Town Flower Farm Accidentally Pulls People Out of Depression The amount of time Americans spend in isolation and indoors is no laughing matter. The rise of technological captivation has kept people plugged into the wrong source. Instead of engaging with the world and reconnecting with nature, it’s so easy to remain steeped in depression with all your Facebook friends none-the-wiser. George and Gail Africa have owned their 5-acre flower farm in Vermont for 10 years now.  But even before they began selling all manner of flowers – and blueberry bushes – at their shop, Route 2, they unwittingly helped people when their flower farm was based at their home.