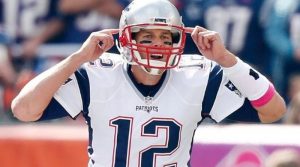 are blasting the boundaries of mainstream medicine Mainstream doctors and sports teams’ medical staffs aren’t happy. Their sacred words from on high are being ignored by their patients. In case you missed the memo, doctors don’t like to be contradicted and disobeyed. Their god-like status must not be jeopardized. Tom Brady is a headliner. He and unknown numbers of his Patriots teammates have gone outside the boundaries for help—to independent trainer/nutritionist Alex Guerrero (site). This move obviously raised conflicts with the Patriots’ medical staff. Coach Bill Belichick eventually restricted players’ access to Guerrero—the trainer could no longer fly with the team, stand on the sidelines during games, or treat players inside the New England stadium. Belichick’s dictum was apparently a mere gesture of good will to team doctors, because Guerrero has an office within walking distance of the stadium, where players visit. As for Brady, he continues to play football at a high level, at age 40, and has developed, with Guerrero, his TB12 system for natural health and peak performance. Grossly out-of-shape sports writers tend to be irked by Brady’s longevity in the game. They enjoy predicting he’ll suddenly fall apart. Kobe Bryant, now retired from the NBA, managed to overcome a serious arthritic knee injury near the end of his career—not through treatments administered or recommended by LA Lakers doctors. Kobe went to Germany.

Is Ty telling me the Organixx Iodine is recommended only for women? My husband is 91 (I’m 91, he had a stroke nine years ago and recovered beautifully with good physical therapy and hyperbaric oxygen. He’s having a bit of memory problems, a heavy/weak feeling in his right leg, other than that, pretty healthy with supplements, only meds for prostate, enlargement & flow. Would you recommend the Iodine for him as well?

Enjoyed and learned a lot from your Unlock the Power to Heal…..good reading. Like your Mom, I don’t take meds at all, but am considering the Iodine. Could I and my husband take it?

Hi to Ty…..always respect your ideas and suggestions as well as Ty’s………….Aloha Lile` Hanson 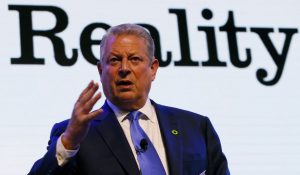 Climate skeptics more eco-friendly than global-warming alarmists: study Al Gore has been accused of hypocrisy for talking the talk on climate change despite burning through fossil fuels at a rapid clip, but it turns out he’s not alone. A study by Cornell and the University of Michigan researchers found that those “highly concerned” about climate change were less likely to engage in recycling and other eco-friendly behaviors than global-warming skeptics. Published in the April edition of the Journal of Environmental Psychology, the one-year study broke 600 participants into three groups based on their level of concern about climate change: “highly concerned,” “cautiously worried,” and “skeptical.” The “highly concerned” cluster was “most supportive of government climate policies, but least likely to report individual-level actions, whereas the ‘Skeptical’ opposed policy solutions but were most likely to report engaging in individual-level pro-environmental behaviors,” the researchers concluded. Conducting the study, entitled “Believing in climate change but not behaving sustainably,” were Cornell assistant professor Neil A. Lewis Jr. and University of Michigan researchers Michael P. Hall and Phoebe C. Ellsworth.

Special Guest – Jonathan Miller From The US Hemp Round Table 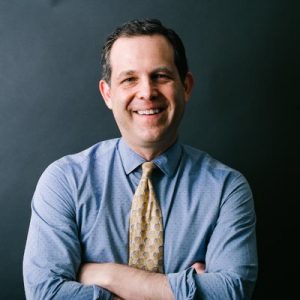 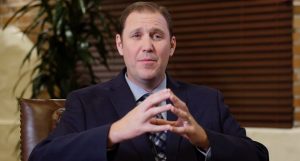 Bob Hoban is the Managing Partner at Hoban Law Group, the nation’s premier cannabusiness law firm, with attorneys in over a dozen states and abroad. Bob is recognized as one of the leading commercial cannabis practitioners nationwide; representing private and publicly-held clients in numerous states and abroad. He has litigated nearly every aspect of Colorado’s Marijuana Code and has closed over 300 marijuana-related business transactions. Marijuana and hemp-based business operations, related litigation and regulatory counsel are a specialty. He is an AV® Preeminent™ rated attorney and seasoned full-service commercial practitioner. Bob is formerly a professor at the University of Denver, in the Law and Society Program, and regularly instructs regarding government regulations, public policy, and research-based policy courses. Furthermore, Bob has drafted more than 30 bills for the Colorado General Assembly (eminent domain/land use, hemp/marijuana and transportation).