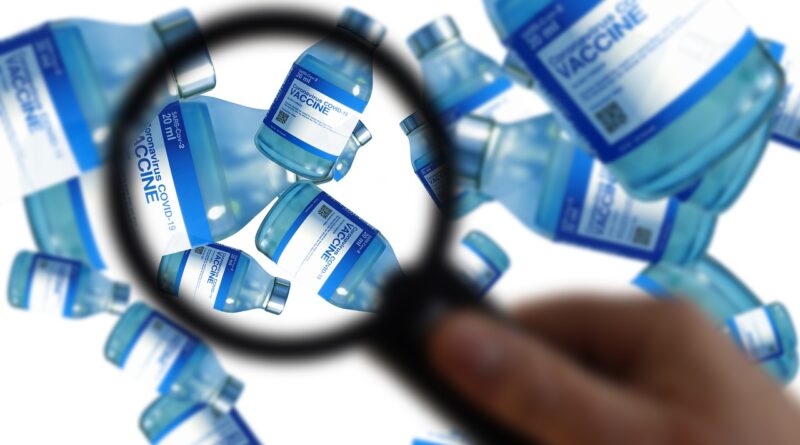 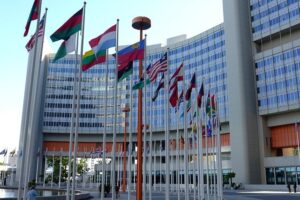 UN using honor system to check vaccinations for big meeting The U.N. General Assembly is relying on an honor system — and only an honor system — to ensure that world leaders have been vaccinated before they speak at next week’s big meeting, the assembly president said. Presidents, premiers, monarchs and other dignitaries won’t have to show vaccination cards or other proof of inoculation — they’ll simply attest to it by swiping their ID badges at the assembly hall, G.A. President Abdulla Shahid said in a letter Thursday. The assembly began testing the same policy in June for diplomats at its day-to-day meetings. Still, it could quickly raise thorny questions at the biggest global diplomatic gathering of the year. Russia has criticized the requirement, and the first speaker, Brazilian President Jair Bolsonaro, isn’t vaccinated and reiterated Thursday that he doesn’t plan to get the shot anytime soon. The U.N. has been wrestling with how to implement — diplomatically — a New York City vaccination requirement for convention centers, which the city said last week would apply to the assembly hall. Shahid told members Tuesday he supported the policy but didn’t give details on how it would work. “We very much hope that this solution is acceptable to all, within the confines of everyone’s responsibilities and status,” U.N. spokesperson Stephane Dujarric said Friday.

While urging vaccination, WHO declines jab data on its staff The United Nations’ health agency, which has repeatedly urged the world to get vaccinated against COVID-19 and other illnesses, on Friday declined to say how many of its own staffers have followed that advice. “We won’t have that because it’s confidential,” said Dr. Margaret Harris, a World Health Organization spokeswoman. Referring to United Nations personnel, U.N. Geneva spokeswoman Alessandra Vellucci said: “We don’t disclose this kind of information. It’s something that is said to the medical service. So, no, unfortunately, we won’t be able to give you these numbers.” Vellucci said she would look into whether percentages of U.N. staff that had been vaccinated could be provided. In November, the WHO indicated 65 of its staffers had tested positive for COVID-19 at the time, confirming information in an internal e-mail obtained by The Associated Press. The U.N. office in Geneva has often indicated how many of its staff tested positive. Governments list how many people are vaccinated against the coronavirus, and the WHO compiles the information and reports on it. Some countries and companies require vaccines for their workers to go to their jobs. 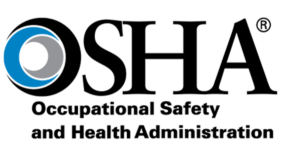 How OSHA Will Enforce Biden’s New Vaccine Mandate for Businesses President Joe Biden issued a new rule on Sept. 13 that will require all employers with 100 or more employees to ensure their workforce is fully vaccinated or require weekly tests. The White House estimates the new requirement “will impact over 80 million workers in private sector businesses with 100+ employees.” The rule is a part of Biden’s overall bigger plan to control the spread of COVID-19. This comes as parts of the United States are enduring a summer spike in COIVID-19 cases that is worse than a year ago when no COVID-19 vaccines were available to anyone. That has some leaders calling the recent outbreaks a “pandemic of the unvaccinated.” Biden is doing this by directing the government’s workplace safety arm, the Occupational Safety and Health Administration (OSHA), to make a rule. (Though this is already being challenged in court, including by the attorney general of Arizona.) Only recently has one of the three available vaccines received full approval from the Food and Drug Administration (FDA). That distinction gives the federal government more authority over what it can enforce, namely over policies that make working conditions unsafe for employees during a lingering pandemic. Much like how the FDA gave the Pfizer, Moderna, and Johnson & Johnson shots emergency use authorization (EUA), Biden gave OSHA authority to issue an emergency temporary standard (ETS) to make it legal to fine businesses that have unvaccinated employees. 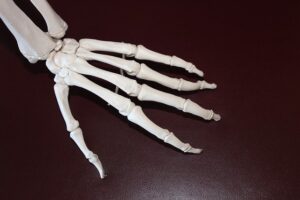 Not your grandma’s arthritis: Arthritis Foundation’s latest campaign focuses on younger demographic The Arthritis Foundation wants to remind people that arthritis doesn’t just affect grandparents. Two out of three people with arthritis are younger than 65 years. Its new “Chronic Strength Champions” campaign emphasizes arthritis’s affects on all ages and ethnicities. Debuted for September’s Pain Awareness Month, the work centers on young people who are fighting back against chronic pain in Chronic Pain Champion profiles on its website. Around 300,000 American kids and teens live with juvenile arthritis (JA) or other pediatric rheumatic diseases. Sachi Arya, who was diagnosed with osteoarthritis at the age of 43, took his doctor saying, “Don’t worry, you’re not climbing mountains, anyway” as a challenge. Since then, Arya has scaled 25 mountains. The campaign is running on social media and directs viewers to the website which features diverse stories of managing arthritis’s chronic pain, which also appear on the foundation’s Vim app that launched in May. The foundation is also aiming to educate people that arthritis isn’t just a given for older people. Explaining the different kinds of arthritis and how they affect different people is important, Steve Taylor, executive vice president of mission and strategic initiatives for the Arthritis Foundation, said. 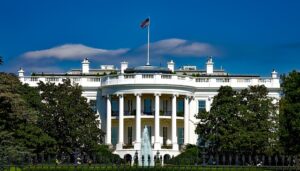 Just 56% of Americans can name all three branches of government — a 15-year high! American politics may be in a disheveled state right now, but it’s apparently making more people aware of their rights as citizens, a new survey reveals. Researchers from the University of the Pennsylvania’s Annenberg Public Policy Center say knowledge about civics has actually increased over the last year — reaching its highest levels since 2006. The center’s annual poll of more than 1,000 people finds 56 percent of Americans are now capable of naming all three branches of government. In 2006, just 33 percent of respondents could accurately say the three branches include the executive, legislative, and judicial. Moreover, following a divisive impeachment trial, contentious election, multiple court battles, and deadly riot at the Capitol, Americans have come out of the last year with a great understanding of the First Amendment of the U.S. Constitution. Three-quarters of the poll (74%) correctly stated that the First Amendment protects the freedom of speech. However, fewer respondents knew it also protects the freedom of religion (56%), freedom of the press (50%), the right to assembly (30%), or the right to petition (20%). 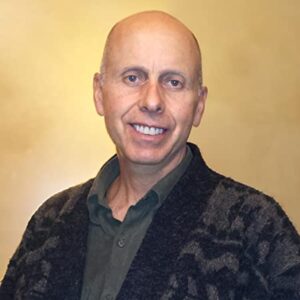 Brett Wilcox is a Licensed Professional Counselor. Brett and his son ran across the USA in 2014 promoting a GMO Free USA and world. Brett is the author of We’re Monsanto: Feeding the World, Lie After Lie, Books I and II, and Jabbed: How the Vaccine Industry, Medical Establishment and Government Stick It to You and Your Family. Brett blogs at RunningTheCountry.com. 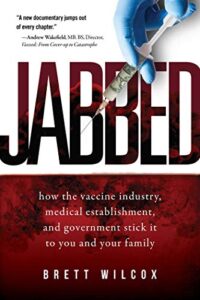 Jabbed: How the Vaccine Industry, Medical Establishment, and Government Stick It to You and Your Family Jabbed demonstrates that the medical procedure hailed as the greatest medical advancement in history—vaccines—is a racket run by criminals and gullible believers who have replaced vaccine science with the religion of vaccinology. Vaccine marketers teach believers to fear, shame, and scapegoat anyone foolish enough to question the sanctity of vaccines. Such an environment is not the domain of science; rather it’s the breeding ground of tyranny.

A vaccine informed public is the only thing that will have the power to stop vaccine industry sociopaths and to hold them accountable for their crimes.

Jabbed informs and immunizes against three of the most dangerous epidemics in history: tyranny, greed, and corruption. Once immunized, the growing vaccine-informed community will have the power to stand up and dismantle the vaccine paradigm and program and to punish the perpetrators of what may well be the greatest medical fraud ever perpetrated on the human race: vaccines.