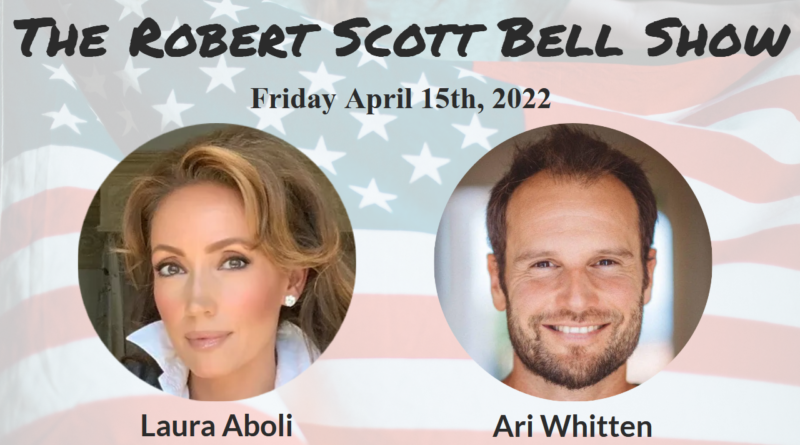 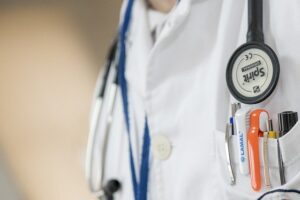 What Proportion of Doctors Are Vaccine Hesitant? — Researchers conducting a new survey said the answer was far higher than expected Levels of vaccine hesitancy among physicians may be higher than expected, with 1 in 10 primary care doctors not believing that vaccines are safe, according to a new survey. Among 625 physicians, 10.1% did not agree that vaccines were safe; 9.3% did not agree that vaccines were effective; and 8.3% did not agree that they were important, Timothy Callaghan, PhD, of Texas A&M School of Public Health in College Station, and colleagues reported online in Vaccine. The high proportion of hesitancy among primary care doctors “was certainly a surprise for us,” Callaghan told MedPage Today. “We thought it might be a very small proportion of physicians who hold hesitancy about vaccines given that we have lots of evidence of the safety and effectiveness of vaccines. However, once we dug into the data, we found that concerns about vaccines in general were far more widespread in the physician population than we might have expected.” Confidence in vaccines among physicians was still higher than in the general public, as were rates of COVID-19 vaccination, with only 5.2% still unvaccinated at the end of the survey in May 2021. But high levels of vaccine uptake among doctors could have more to do with employer regulations or perceived risks of their workplace environment, Callaghan said. Indeed, the research project was inspired by Callaghan’s own experience with one of his doctors who was not vaccinated and tried to dissuade Callaghan from COVID vaccination. 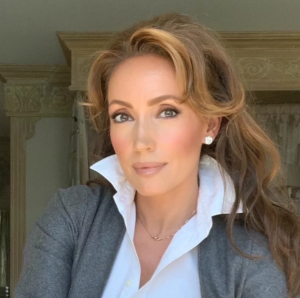 Laura Aboli’s entrepreneurial career started in the year 2000 when she co-founded World-Check, a database of Politically Exposed Persons (PEPs) and heightened risk individuals and organisations, which soon became the de facto standard for identifying and managing financial, regulatory and reputational risk within the world’s financial and legal institutions. Following World-Check’s success, she co-founded Wealth-X in 2010, which went on to become the leading provider of intelligence on ultra-high-net-worth individuals. Having exited both companies by 2014, she continued her life-long passion for interior design, by establishing a property development and design company which she continues to run. Having been born into an artistic family, Laura has a passion for art, sculpture, music and dance and her critical and inquisitive mind has led her into the realms of metaphysics, spirituality, health and psychology. Her experience and her dedication to helping others have led her to step onto the public arena in order to share what she considers to have been important life lessons in her own journey. In May of 2020, prompted by the way events surrounding the global pandemic were affecting people’s livelihoods, civil rights and mental health, Laura founded the United Democratic International Movement for Awareness and Freedom (UDIMAF), an organisation dedicated to creating a better world through awareness, inspiration and the relentless pursuit of truth. 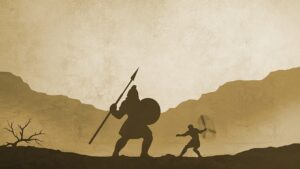 David vs Goliath We are facing a big monster, not just an evil giant but an entity so dark, so omnipresent and overreaching that it’s managed to contaminate every aspect of life on this planet. Humanity is fortunately beginning to awaken to the knowledge of this evil, but the hardest part is to acknowledge that it also managed to percolate our souls. We were seduced, because that is what evil does best, into conforming to a system that feeds our materialistic needs, our narcissistic instincts, our conformity and our complacency. We got used to accepting the unacceptable because ‘that’s just the way it is’, we became desensitised, sanitised, tolerant to the intolerable and completely lost in a world of self-preservation, self-glorification and total immunity to the suffering of others. As a courageous portion of humanity opens its eyes to this realisation, the painful process of auto-reflection and introspection commences. We must, to a certain degree, take responsibility for the state of the world, for we allowed it to be. Slowly, little by little, we allowed darkness to creep into every corner of our lives. We were too busy, or too lazy or too seduced by it to stop it, and now most people cannot even recognise it within themselves. This is the greatest tragedy and the hardest threshold to overcome; the acceptance of one’s responsibility in this situation. Not by direct implication, but by passive, tacit, lazy and ignorant consent. Until we drum up the courage to look at ourselves in the mirror and acknowledge how lost we were, how misled, how blind, how selfish, how vain and how far from the light we had drifted, we stand no chance to reverse the tragic course of events that are unfolding in front of our eyes, for even if it were to hit us, we would not see it coming. 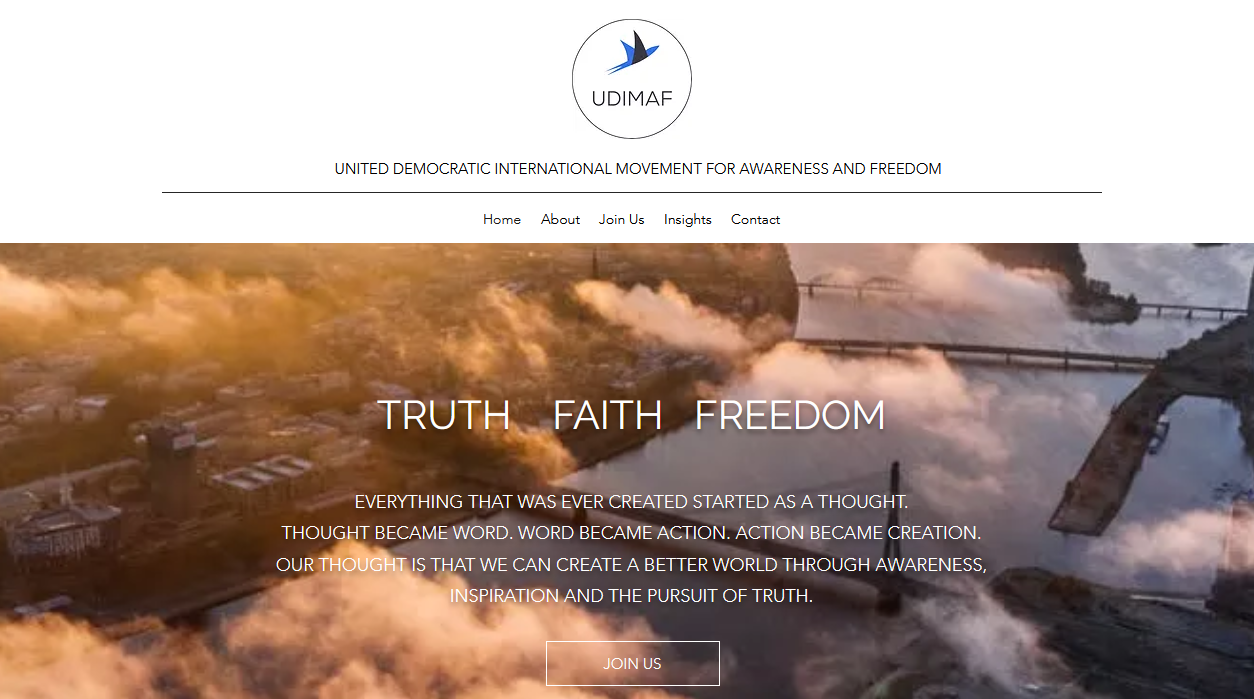 UDIMAF’s mission is as complex as it is simple; we hope to awaken humanity to its own power,

to its unique and divine potential, and to raise awareness to the reality that a better world is possible

and within our reach. We must simply dare to dream it, speak it, and action it. We dare. Do you?

We must remove the veil of deception, we must reject the illusion of separation and

we must claim back our strength, our will, our inspiration and our truth.

We must never allow fear to dictate our lives, our choices, or our liberties.

Only when we are afraid, do we allow for things to be imposed upon us that we would have otherwise

never accepted. Instead, let’s reclaim our full potential in alignment with nature

and create a system based on truth, faith and freedom.

Alone we are powerful but together we are absolutely invincible.

Let’s get together and start manifesting a better reality for all.

JOIN US NOW, together everything is possible. 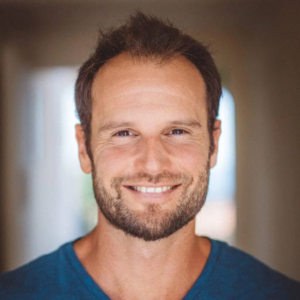 The Founder of The Energy Blueprint is Ari Whitten. He is an energy and fatigue specialist who focuses on taking an evidence-based approach to energy enhancement,  a nutrition, exercise and natural health expert, and #1 best-selling author. He has been studying nutrition and holistic health for over 2 decades. He has a Bachelor’s of Science from San Diego State University in Kinesiology (with specialization in fitness, nutrition and health). He also has a background in exercise physiology and fitness, and holds two advanced certifications from the National Academy of Sports Medicine as a Corrective Exercise Specialist and Performance Enhancement Specialist. In addition, he recently completed the 3 years of coursework for his PhD in Clinical Psychology, an education which rounds out all aspects – nutrition, fitness, and psychology – of his approach to optimal health.Ari is a tireless researcher who has obsessively devoted the last 20 years of his life to the pursuit of being on the cutting‑edge of the science on health and energy enhancement.For the last six years, he’s been working with many of the top scientists and physicians on the planet to develop the most comprehensive program in the world on the science of overcoming fatigue and increasing energy — The Energy Blueprint. 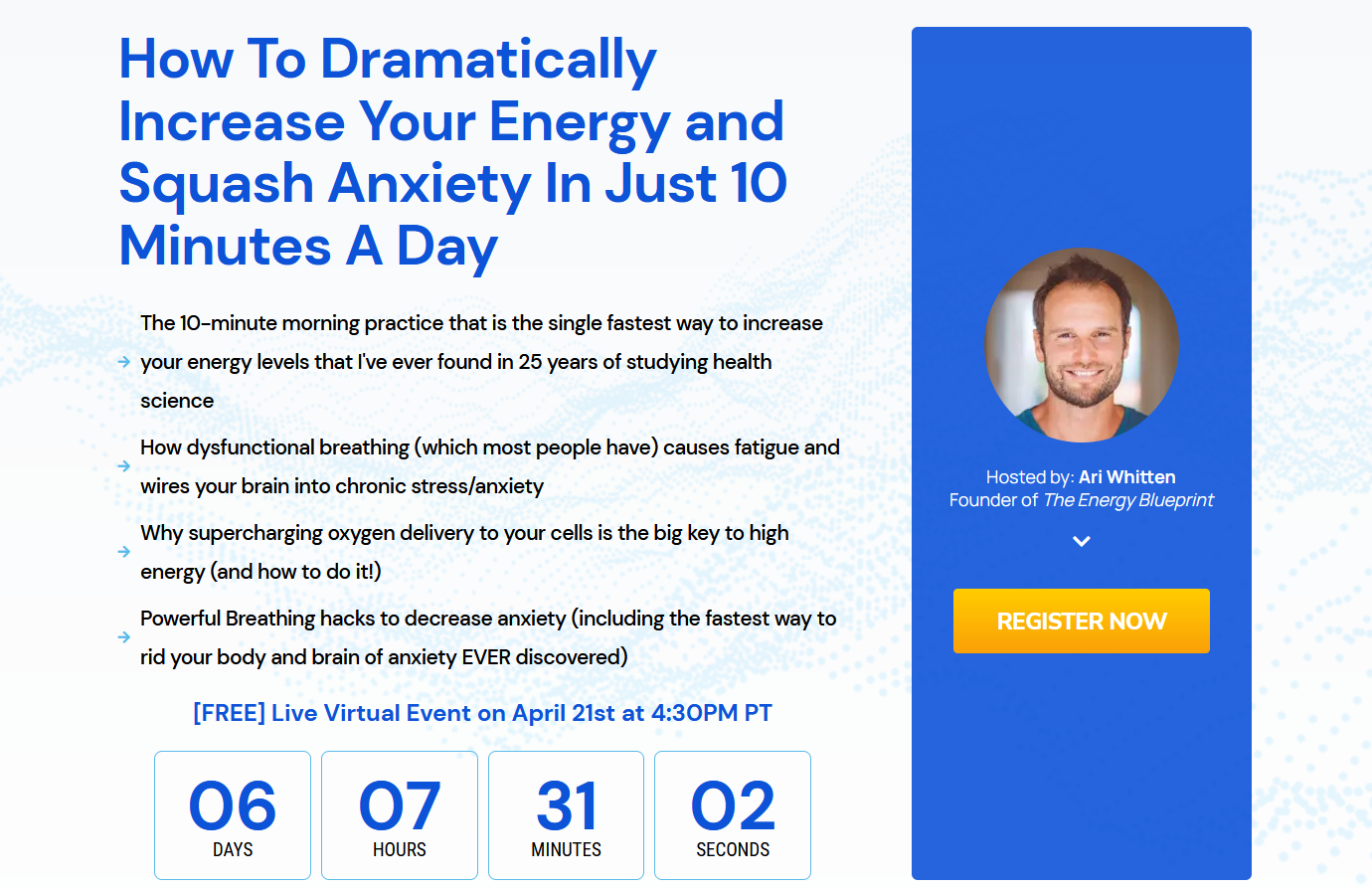 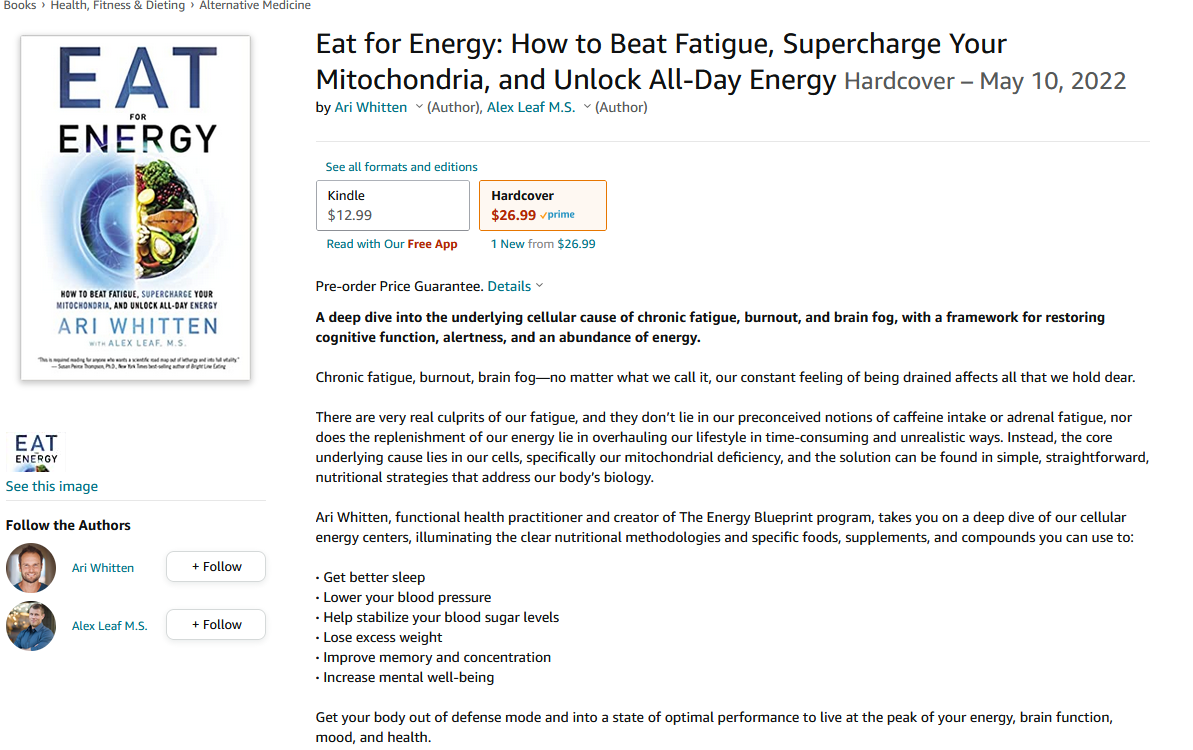 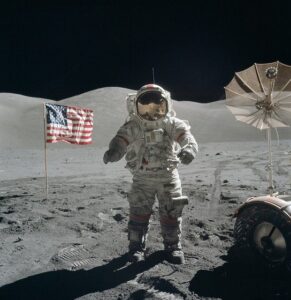 NASA’s astronauts aren’t ready for deep space NASA says it needs a new breed of “explorer-astronaut” to build and operate an outpost on the moon. But with the longest human journey into deep space only two years away — a 30-day mission to orbit the moon — the astronaut corps is nowhere near prepared for the expeditions NASA has planned. Over the next five years, NASA intends to start mining the lunar surface for water and other resources in preparation for a long-term human presence on the moon’s surface. The space agency has yet to develop a specialized training program for the astronauts, lacks critical equipment such as new space suits to protect them against deadly levels of radiation, and is still pursuing a range of technologies to lay the groundwork for a more permanent human presence, according to NASA officials, former astronauts, internal studies and experts on space travel.“This time you are going to need astronauts that are going to actually get out and start to live on the moon,” NASA Administrator Bill Nelson said in an interview. “We’re going to build habitats up there. So you’re going to need a new kind of astronaut.”The goal, said Nelson, is more ambitious than ever: to “sustain human life for long periods of time in a hostile environment.”Yet as NASA’s Artemis project approaches liftoff, it is becoming increasingly clear that even if the new rockets and spacecraft it is pursuing remain on schedule, the program’s lofty goals may have to be lowered by the harsh limits of human reality.