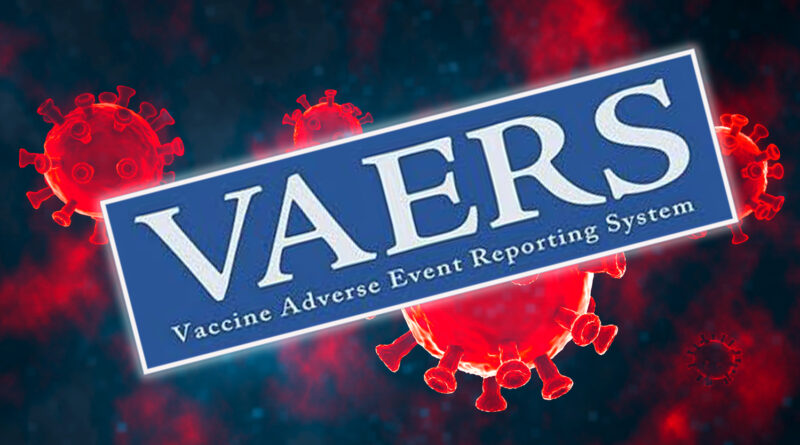 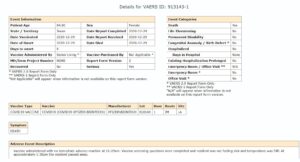 VAERS reports of adverse events in people who received COVID-19 vaccines don’t demonstrate that these events were caused by the vaccines; evidence does not indicate COVID-19 vaccines caused Bell’s palsy and deaths An article published in mid-January 2021 by Children’s Health Defense, an organization that opposes vaccines, claimed that thousands of adverse events related to the COVID-19 vaccine, including deaths, were reported in December 2020. The organization based this claim on data from the U.S. Vaccine Adverse Events Reporting System (VAERS). The article received more than 15,000 interactions on Facebook and more than 6,000 shares in less than a week, according to social media analytics tool CrowdTangle. VAERS provides the general public and healthcare workers with an avenue to report adverse events occurring in people after they were vaccinated. The system is co-managed by the U.S. Centers for Disease Control and Prevention (CDC) and the U.S. Food and Drug Administration (FDA). It serves as “a national early warning system to detect possible safety problems in U.S.-licensed vaccines”, which “can provide CDC and FDA with valuable information that additional work and evaluation is necessary to further assess a possible safety concern.” As we explain below, the article is inaccurate and misleading in its use of VAERS data. 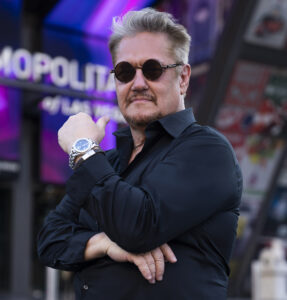 From founding partner and CMO of K2 Design, Inc. the first Digital Agency to go public on NASDAQ to international leadership development expert, Brad Szollose has worked with household names like MasterCard, American Management Association and Tony Robbins, to create leadership training programs for a new generation. As an award-winning creative director, he has been the creative force behind hundreds of high-end corporate events, personal and consumer brands, and website launches. Brad is the recipient of the Corporate Identity Design Award and the Axiom Business Book Award along with various awards for website and print design.  As a C-Level executive at K2, his unique management model was awarded the Arthur Andersen New York Enterprise Award for Best Practices in Fostering Innovation Amongst Employees (Workforce Culture).

Today, the world’s leading business publications seek out Brad’s insights on next-generation leadership development, branding and modern Management Strategies, and he has been featured (both print and online versions) in Forbes, Inc., Advertising Age, USA Today, New York Magazine, The Huffington Post, International Business Times, Le Journal du Dimanche (France), and The Hindu Business Line to name a few, along with television, radio and podcast appearances on CGTN America, CBS, Roku Network and other media outlets. Brad continues to challenge the status quo with his new book, Liquid Leadership 2.0, and his new podcast, Awakened Nation. After 35 years in New York City, he now calls Las Vegas home. In his free time, he enjoys hiking in the mountains, working Star Trek and Dune quotes into everyday conversation, and painting and drawing the stunning lanscape of the American Southwest. 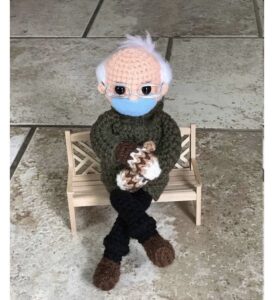 Photo of Bernie Sanders wearing mittens at inauguration turns into money maker The image of Sen. Bernie Sanders wearing mittens made out of recycled materials and a warm winter jacket as his casual inauguration outfit last week first went viral online and now is generating big bucks. The “Bernie’s Mittens Crochet Doll Bernie Sanders Meme Handcrafted Collectible Doll” is selling on eBay for $14,900, as of Sunday afternoon. The doll, whose proceeds are going to charity, is a replica of a masked Sanders sitting arms-crossed in his fold-out chair and comfy mittens – a moment that was highly joked about and celebrated on social media. New York University student Nick Sawhney tweeted about his new website which uses Google Maps street view to place the Sanders image at any address. The tweet has been retweeted over 48.6k times and it’s been liked 248.7k times. “Oh my god I did not expect this I am overjoyed so many ppl like it! trying my best to keep it from crashing rn!,” Sawhney said in a followup tweet. 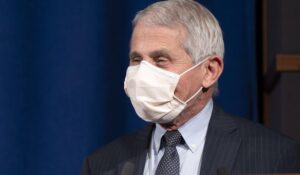 Dr. Anthony Fauci: The Highest Paid Employee In The Entire U.S. Federal Government Dr. Anthony Fauci made $417,608 in 2019, the latest year for which federal salaries are available. That made him not only the highest paid doctor in the federal government, but the highest paid out of all four million federal employees. In fact, Dr. Fauci even made more than the $400,000 salary of the President of the United States. All salary data was collected by OpenTheBooks.com via Freedom of Information Act requests. Only federal employees whose salaries were funded by taxpayers were included in the study. Therefore, Tennessee Valley Authority CEO Jeffrey Lyash— whose salary is paid by revenues of the corporation (owned by the federal government) — was not included. $2.5 million. That’s how much Dr. Fauci, Director of the National Institute for Health’s (NIH) National Institute of Allergy and Infectious Diseases (NIAID) and current Chief Medical Advisor to the President, will make in salary from 2019 through 2024, if he stays in his post through the end of the current Administration, and doesn’t (or didn’t already) get a raise. 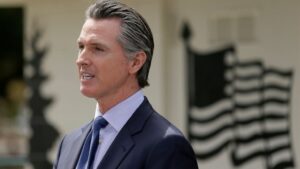 California lifts virus stay-at-home orders, curfew statewide California lifted regional stay-at-home orders across the state Monday in response to improving coronavirus conditions, returning the state to a system of county-by-county restrictions, state health officials announced. The order had been in place in the San Francisco Bay Area, San Joaquin Valley and Southern California, covering the majority of the state’s counties. The change will allow businesses such as restaurants to resume outdoor operations in many areas, though local officials could choose to continue stricter rules. The state is also lifting a 10 p.m. to 5 a.m. curfew. “Together, we changed our activities knowing our short-term sacrifices would lead to longer-term gains. COVID-19 is still here and still deadly, so our work is not over, but it’s important to recognize our collective actions saved lives and we are turning a critical corner,” Dr. Tomas Aragon, the state’s public health director, said in a statement. Gov. Gavin Newsom is expected to address the public later Monday. The decision comes with improving trends in the rate of infections, hospitalizations and intensive care unit capacity as well as vaccinations. 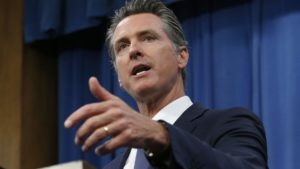 California campaign to fire Newsom nears threshold needed for ballot A recall campaign to oust California Gov. Gavin Newsom is nearing its required threshold to qualify for a statewide ballot. Over the weekend, recall organizers said they have collected 1.2 million of the 1.5 million signatures needed by March 17 to qualify for a ballot. Per state law, petition sponsors must gather the signatures of 12% of the voter turnout in California’s previous statewide election, which is about 1,495,709 names. Rescue California, one of two main groups organizing the campaign, said their goal is to collect 2 million signatures to account for the fact that many of the signatures will inevitably prove invalid. San Diego’s KUSI reported Saturday that California’s secretary of state has confirmed 84% of the signatures collected so far are valid. This is the sixth recall effort the Democratic governor has faced in two years. Once considered a pipe dream in the solidly blue state, this latest recall effort gained traction in the last year because of growing discontent over the governor’s handling of the coronavirus pandemic and its impact on the economy. “It’s absolutely gaining traction. We’re getting petitions from not only Republicans but from Democrats and Independents,” John Cox, Newsom’s 2018 Republican challenger who recently launched an exploratory committee to challenge the governor again in 2022, told Fox News last week. “This has just gone on too long — the mismanagement that has accompanied this pandemic.”

Starving The Hungry Lie: CDC Removes Vaccines Do Not Cause Autism from Site Note: In 2010, JB Handley coined a phrase called feeding the hungry lie: The “hungry lie” on autism is both maddeningly simple and simply maddening and goes something like this: “It’s been asked and answered, vaccines don’t cause autism.” As I’ve written about repeatedly, this is a huge lie, a critical lie, and a very “hungry” lie, because it constantly needs to be fed. Below, Ginger Taylor takes you through history, dating back to 1943. I think Dan Olmsted would have been very proud of her work. Last week it was announced that The US Centers for Disease Control and Prevention has removed from their web site what JB Handley deemed “The Hungry Lie”.“Vaccines do not cause autism. Bowing to legal pressure from the three year campaign waged by the Informed Consent Action Network (ICAN), CDC quietly removed the false claim from their website on August 27th, 2020. They did it so quietly in fact, that neither anyone at ICAN, nor the dozens of vaccine watchdog organizations, nor the tens of thousands of Americans that have been decrying the false claim even noticed, until someone at ICAN checked the site again on January 20th, and found that The Hungry Lie was gone. A search of the Internet Archive shows the last day the fraud was posted was August 26th, and it was gone on August 27th.

Hi,guys. I just heard a podcast from Simone Gold of the Frontline Doctors, they are asking for signatures for The Petition to stop Forced Experimental Vaccines. The website is stopmedicalsiscrimination.org They need one million signatures. Probably only a quarter of the audience! Thanks for the help!
Mark

Hello Robert, could share how you got the Goldbacks? Did you get on Nevada Goldbacks.com? Thank you!
Yolanda

I have a friend that totally believes pharmaceuticals are a God send and that natural remedies are useless. Is there a podcast that explains the origins of the pharmaceutical industry? I recall a report in the early 1900s that came about and funded pharmaceutical based teaching schools and not holistic schools.
How do I explain to her to follow the money trail and why research is not done on natural products?
Neil