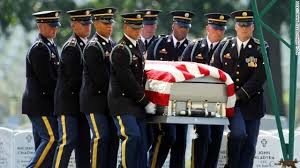 This Veterans Day, know that the U.S. military is losing to the war called suicide As Americans honor veterans this holiday, it’s vital to remember the silent war being waged in homes and barracks and countless other places where soldiers, past and present, are dying by the thousands every year. They’re killing themselves in a war of self-destruction that the United States is losing. The tide of this struggle turned years ago, after the Sept. 11 attacks, when America’s all-volunteer military — a force of fixed and limited size, unable to expand through conscription — was pressed into fighting two extended wars at once, in Afghanistan and Iraq. The resulting strain was unprecedented. Amid a daily drumbeat of news from far-flung wars, desperately personal conflicts were being fought and lost at home. Army Sgt. Douglas Hale Jr., 26, twice a veteran of combat, bought a pawnshop pistol and killed himself in a restaurant bathroom outside Fort Hood, Texas. After five deployments, Army Maj. Troy Donn Wayman, 44, died in his Texas home. And Army Private Jeremy Johnson, 23, medically evacuated from Afghanistan, texted his mother before taking his life. 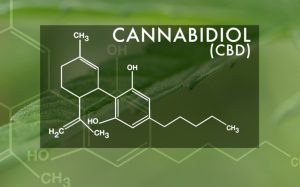 Now in Effect: Oklahoma Law Decriminalizes CBD Despite Ongoing FDA Prohibition Last week, an Oklahoma law that decriminalizes hemp-derived cannabidiol went into effect. This will not only open up markets in Oklahoma, but it is also a crucial step given the FDA’s continued regulation and prohibition of CBD. A coalition of three Republicans sponsored Senate Bill 238 (SB238). The new law clarifies that hemp-derived CBD is legal to possess and sell in Oklahoma. The bill reads in part: “Retail sales of industrial hemp and hemp products may be conducted without a license so long as the products and the hemp used in the products were grown and cultivated legally in this state or another state or jurisdiction and meet the same or substantially the same requirements for processing hemp products or growing hemp. The addition of derivatives of hemp, including hemp derived cannabidiol, to cosmetics, personal care products and products intended for human or animal consumption shall be permitted without a license and shall not be considered an adulteration of such products.” The Senate initially passed SB238 by a 42-2 vote. On April 23, the House approved an amended version 98-1. On May 6, the Senate concurred with the House amendments by a 44-1 vote. With Gov. Kevin Stitt’s signature on May 13, the law went effect Nov. 1. Under the previous law, CBD was only technically legal through the state’s medical-marijuana program. Although it is widely available throughout the state, there was no specific law in Oklahoma stating that hemp CBD oil was legal for non-medically qualifying patients. 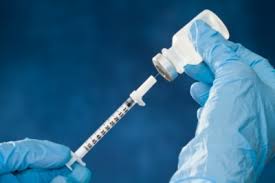 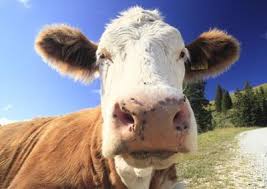 U.S. records one new case in measles outbreak One new case of measles was reported this weekend in the United States, with the country suffering its worst outbreak of the highly contagious and sometimes deadly disease in close-to three decades. The measles case was confirmed on Saturday in an unvaccinated resident of the southeastern U.S. state of Georgia, according to the state’s health department. The measles outbreak, which began in New York in October 2018, has largely been linked to parents who declined to vaccinate their children. It threatens to end United States’ measles-free status. As of Oct. 3, the country had recorded 1,250 cases of measles this year from across 31 states. The individual may have exposed others to the measles virus between Oct. 31 and Nov. 6 and the Georgia Department of Public Health said it was notifying those people. 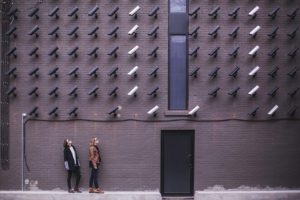 Ministry of Pharma: The 2020 National Vaccine Plan How many of you remember reading about the Ministries of Love, Peace, Plenty, and Truth in George Orwell’s dystopian novel, 1984? If we were to create another ministry today, it would be the Ministry of Pharma. And that ministry has plans for you through promising health while delivering disease. While the majority of Americans waltz through the motions of their daily lives, Big Pharma hijacked our political system to skirt laws and has helped to roll out its omniscient vaccine agenda. The ominous program will be more than one size fits all. It will consist of a top-down, full-blown compliance program, force-feeding vaccines to all regardless of age, gender, or infirmity. As always, safety will be cast aside while pharma tramples individual rights and everyone’s health. The fascist plan is being created today within by our national leaders without public discussion. The vaccine manufacturers realize that cajoling politicians to write and pass mandatory vaccination legislation takes time. In the current climate, messy court fights ensue that may reach the US Supreme Court. The vaccine producers needed another way to secure full, unobstructed compliance for all: it will be the 2020 National Vaccine Plan (NVP), a federal program being fast-tracked into action after nearly a decade of development. 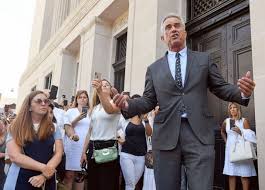 Anti-vaccine leaders targeting minority becomes growing concern at NYC forum Despite decades of rigorous research, proving time and time again that vaccines are safe, and copious evidence that vaccines work, saving an estimated 732,000 children’s lives and preventing millions of hospitalizations over the last 20 years, the scientific community continues to fend off assaults from a relatively small number of ardent anti-vaccine advocates. It’s a battle they shouldn’t be fighting, experts say. Like climate change, vaccine science is settled. By all conceivable logic, a medicine that prevents disease outright, rather than treating symptoms, should be universally embraced. Nonetheless, a handful of anti-vaccine leaders, who mistakenly believe that vaccines cause autism, continue to fight a ground war of disinformation, spreading propaganda to skittish new moms and dads and encouraging parents of children with autism to blame their children’s diagnoses on vaccines. The consequences of that disinformation campaign are stark. This year marked the worst year for measles in the United States in decades, fueled by outbreaks in unvaccinated and undervaccinated communities around the country. In some ways, vaccination is a victim of its own success. Many younger people, without lived memory of the disease, don’t take the risk of contracting it seriously enough. 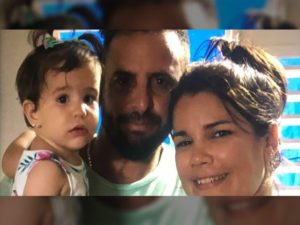 Parents of Baby Killed in Routine Doctor Visit Flee Cuba After Prison Threats The parents of a one-year-old girl who died after receiving a Measles, Mumps, and Rubella (MMR) vaccine in Havana, Cuba, last month fled the country, they revealed on Wednesday, after police threatened to arrest them if they kept publicly demanding answers. Cuban authorities have not yet provided an explanation for why Paloma Domínguez Caballero died on October 9, but have dismissed the possibility of a flaw in the MMR vaccine that Domínguez received. Four other children also exhibited what the Cuban government called “adverse” reactions to the vaccine at the same medical center that Domínguez attended, the Betancourt Neninger government clinic. Cuba’s second-in-command, “President” Miguel Díaz-Canel, posted a message mourning the use of Domínguez’s death for alleged “political” reasons. The Cuban Communist Party has a record of murdering infants, most prominently six-month-old Helen Martínez Enríquez in what is now known as the 1994 “tugboat massacre.”