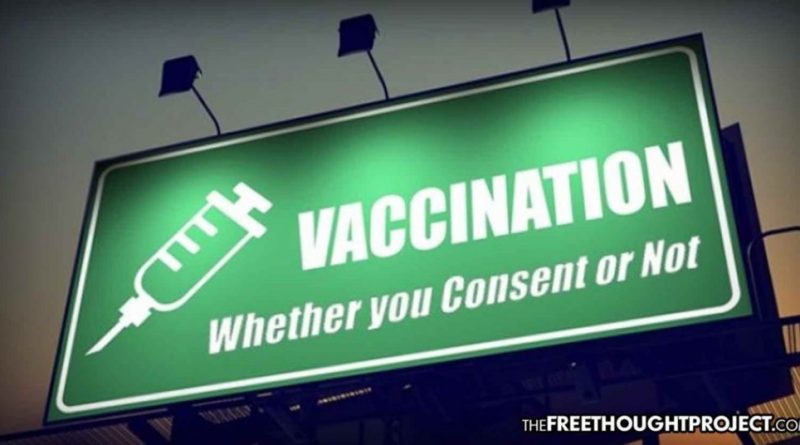 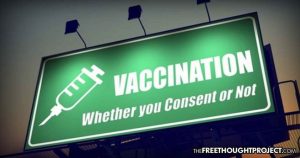 Washington state House committee passes bill to ban personal, philosophical vaccine exemptions A Washington state House committee on Friday passed a bill to ban the personal or philosophical exemption for the vaccine against measles, mumps and rubella (MMR) for school-age children amid an outbreak of the virus. The bill passed through the state’s Health Care and Wellness Committee, despite opposition from critics who say parents should have a right to choose whether to vaccinate their children, The Seattle Times reported. All nine Democrats on the committee voted to advance the bill, as well as the bill’s sponsor, state Rep. Paul Harris, the only Republican to support it. The bill will now move to the House Rules Committee, on which Harris also serves, before it is sent to the full chamber for a vote. Hundreds of anti-vaccination supporters protested the bill earlier this month. 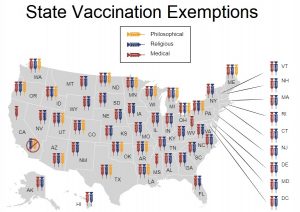 The Fight Over Mandatory Vaccinations at the State Level – Update As of Thursday, February 14, 2019, NVIC is tracking on the NVIC Advocacy Portal 113 vaccine related bills across 27 States. Currently, the following states have bills you need to know about: Arizona, Connecticut, Florida, Hawaii, Iowa, Idaho, Illinois, Indiana, Kentucky, Massachusetts, Maryland, Maine, Mississippi, Montana, New Jersey, New York, Oklahoma, Oregon, Pennsylvania, Rhode Island, Texas, Utah, Vermont, Nevada, Washington, West Virginia and Wyoming. Breaking these 113 bills down by our NVIC position registered on the NVIC Advocacy Portal, we support on 48, oppose 60, and we are watching to see what happens with 5. We are just a little over a month into most legislative sessions, so we are expecting more bills affecting even more states to still be filed. 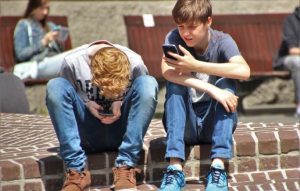 Study: Radiation From Smartphones May Impair Memory In Teens  Don’t want your child to have a cellphone? One recent study gives you good reason to make kids wait as long as possible for their first mobile device: it appears that radiation from phones can hurt a teenager’s memory. A research team at the Swiss Tropical and Public Health Institute says that radio frequency electromagnetic fields (RF-EMF) may negatively affect an adolescent’s brain from cellphone exposure, causing potentially harmful effects on his or her memory performance. The authors say having the device close to one’s head lead to the greatest amount of radiation exposure. The researchers studied nearly 700 public school students in Switzerland between ages 12 and 17. They examined how RF-EMF exposure from mobile phones over a year’s time affected memory in the adolescents, and found that memory processed and stored in the right brain hemisphere was particularly worsened. It’s believed that participants primarily held the phone up to the right side of their heads when talking, which likely led to the right hemisphere impairment.

Hi, would like to know if there are any healing reactions when healing the gut with the
silver(would be adding organic aloe vera & a good probiotic (combo) as well; and are there any containdications with pharma, meds? Thinking of doing the silver ( combo)
for 2 months, and then using the Colostrum6 for a few months after, dealing with many, many
chronic health issues originating from leaky gut. 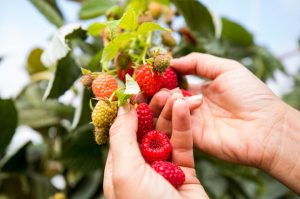 That New Organic Study Doesn’t Really Show Lower Pesticide Levels A new study claims an organic diet can significantly reduce pesticide levels, but the research doesn’t hold up. Published February 12 in the journal Environmental Research, the authors of the study tested pesticide levels in the urine of 16 study participants, before and after switching to an organic diet, and found pesticide levels decreased after the switch. But there’s more to the story. The study primarily tested for the kinds of pesticides allowed in conventional agriculture, and not the pesticides allowed on organic farms. So what the study actually shows is fairly obvious: people won’t flush out what they aren’t eating. The study also doesn’t say anything about whether there’s a health risk associated with conventional pesticide residues, since the mere presence of a chemical in urine isn’t necessarily an unhealthy or dangerous sign. 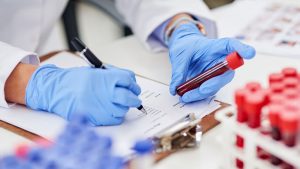 Major medical journals don’t follow their own rules for reporting results from clinical trials It’s a well-known problem with clinical trials: Researchers start out saying they will look for a particular outcome—heart attacks, for example—but then report something else when they publish their results. That practice can make a drug or treatment look like it’s safer or more effective than it actually is. Now, a systematic effort to find out whether major journals are complying with their own pledge to ensure that outcomes are reported correctly has found many are falling down on the job—and both journals and authors are full of excuses. When journals and researchers were asked to correct studies, the responses “were fascinating, and alarming. Editors and researchers routinely misunderstand what correct trial reporting looks like,” says project leader Ben Goldacre, an author and physician at the University of Oxford in the United Kingdom and a proponent of transparency in drug research.

Mandatory Vaccination in Ohio: A Historical Perspective The freedom over what is done to your body is the most basic fundamental human liberty. Article 6 of the Universal Declaration on Bioethics and Human Rights says: “Any preventive, diagnostic and therapeutic medical intervention is only to be carried out with the prior, free and informed consent of the person concerned, based on adequate information. The consent should, where appropriate, be express and may be withdrawn by the person concerned at any time and for any reason without disadvantage or prejudice.” Some parents have very strong moral, ethical, conscientious, and religious objections to vaccination. It is a fact that vaccination is an invasive medical procedure that comes with risk, including severe disability and even death. As a result, you have the legal right to be fully and accurately informed about the benefits and risks of a medical intervention, including the consumption of a pharmaceutical product, and be free to make a voluntary decision about whether to accept the risk for yourself or your minor child without being coerced or punished for the decision you make. Ohio has an informed consent law, please see ORC 2317.54 Informed consent to surgical or medical procedure or course of procedures. 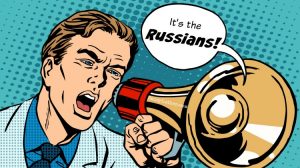 RUSSIAN TROLLS PROMOTED ANTI-VACCINATION PROPAGANDA THAT MAY HAVE CAUSED MEASLES OUTBREAK, RESEARCHER CLAIMS Russian propaganda may be responsible for the persistence of measles as conspiracy theories about vaccinations spread across the Internet, according to researchers. The same Russian trolls who attempted to provoke racial tensions and influence the outcome of the 2016 presidential election were also responsible for spreading propaganda against vaccinations. Their efforts may have helped cause the measles outbreak that infected tens of thousands and killed dozens in Europe last year, researchers told Radio Free Europe. A 2018 report by the American Public Health Association, titled “Weaponized Health Communication: Twitter Bots and Russian Trolls Amplify the Vaccine Debate,” came to a similar conclusion. “Whereas bots that spread malware and unsolicited content disseminated antivaccine messages, Russian trolls promoted discord. Accounts masquerading as legitimate users create false equivalency, eroding public consensus on vaccination,” the report said.