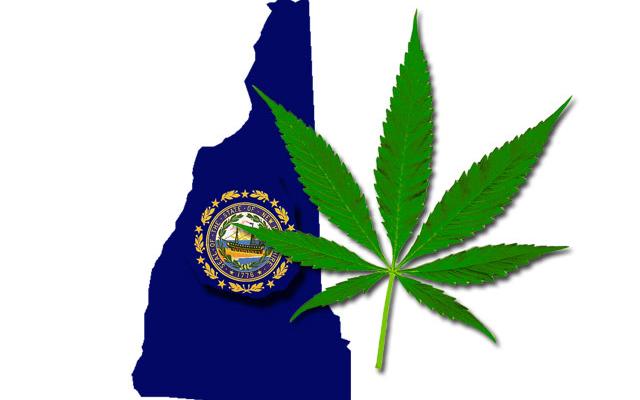 CONCORD, N.H. (Jan. 9, 2017) – New Hampshire will have several opportunities to expand its medical marijuana program, as six bills are currently active in the Live Free or Die State this year. If passed, these measures would further nullify the federal prohibition on cannabis in practice.

HB222 is the most comprehensive of all the medical marijuana bills currently active for the 2017 legislative session. It would permit patients to access medical marijuana if they are suffering from “intractable or chronic pain” as well as “weakness impairing strength or ability, or symptoms progressing to such an extent as daily life activities are substantially limited; or post-traumatic stress disorder as diagnosed by a qualified physician; or opioid addiction or dependency as diagnosed by a qualified physician.”

New Hampshire’s medical marijuana program removes one layer of laws prohibiting the possession and use of marijuana, but federal prohibition remains in place.

Of course, the federal government lacks any constitutional authority to ban or regulate marijuana within the borders of a state, despite the opinion of the politically connected lawyers on the Supreme Court. If you doubt this, ask yourself why it took a constitutional amendment to institute federal alcohol prohibition.

While state law does not alter federal law, it takes a step toward nullifying in effect the federal ban. FBI statistics show that law enforcement makes approximately 99 of 100 marijuana arrests under state, not federal law. By easing state prohibition, New Hampshire essentially sweeps away part of the basis for 99 percent of marijuana arrests.

Furthermore, figures indicate it would take 40 percent of the DEA’s yearly-budget just to investigate and raid all of the dispensaries in Los Angeles – a single city in a single state. That doesn’t include the cost of prosecution. The lesson? The feds lack the resources to enforce marijuana prohibition without state assistance.

Colorado, Washington state, Oregon and Alaska have already legalized recreational cannabis with California, Nevada, Maine, and Massachusetts set to join them after ballot initiatives in favor of legalization were passed in those states last year. Having already legalized medical marijuana to a certain extent, New Hampshire has many chances to relax their restrictions against cannabis even further in 2017.

With more than two-dozen states allowing cannabis for medical use as well, the feds find themselves in a position where they simply can’t enforce prohibition any more.

“The lesson here is pretty straight forward. When enough people say, ‘No!’ to the federal government, and enough states pass laws backing those people up, there’s not much the feds can do to shove their so-called laws, regulations or mandates down our throats,” Tenth Amendment Center founder and executive director Michael Boldin said.

The expansion of the state’s medical marijuana law also demonstrates another important reality. Once a state puts laws in place legalizing marijuana, it tends to eventually expand. Once the state tears down some barriers, markets develop and demand expands. That creates pressure to further relax state law. These six bills represents another step forward for patients seeking alternative treatments and a further erosion of unconstitutional federal marijuana prohibition.

HB157, HB158, HB159, HB160, HB197 and HB222 must receive committee assignments, and be approved by their respective committees before they can proceed to the full House for further consideration. Stay in touch with our Tenther Blog and our Tracking and Action Centerfor the latest updates.