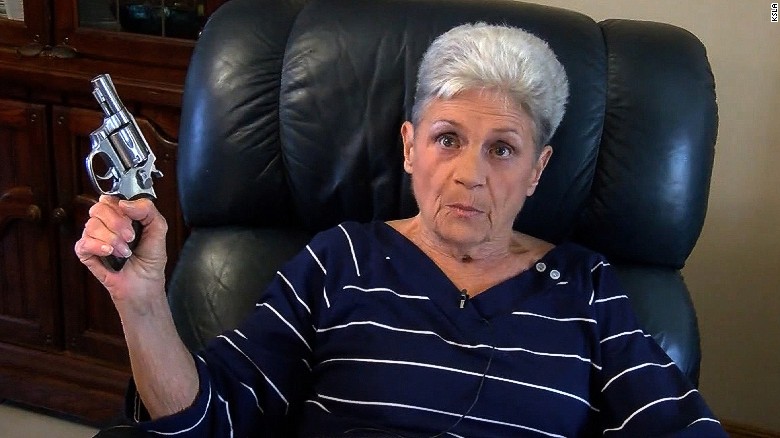 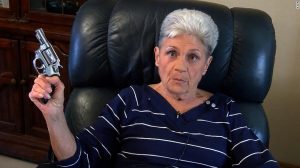 (CNN) Rebbie Roberson wasn’t having it.

A man wearing a mask and gloves was standing in her house after he broke in Sunday night.
“When I started to get up, he was in here on me with a gun facing me right to my face,” she told CNN affiliate KSLA.
But the 74-year-old grandmother from Bowie County, Texas, had something for him.
“I reached over there (a nearby table) and grabbed this gun. And when I swerved around, I pointed it at him and he ran.”
As the intruder hightailed it out of her house, Roberson gave chase, firing her .38-caliber revolver at the fleeing man.
“I tried to kill him,” she said. “Anybody break in on me, I’m going to kill them. He’s going to kill me or I’m going to kill him.”
Read more HERE