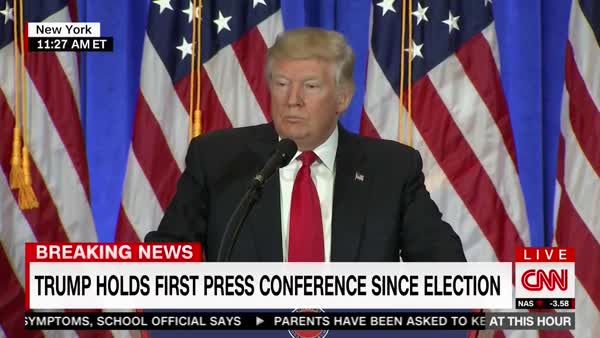 In an epic (mutual) trolling between president-elect Trump on one hand and BuzzFeed and CNN, on the other, the two media organizations which issued yesterday’s unsubstantiated report about Russia having compromising information on the president-elect, Trump first addressed the question of why he referred to Nazi Germany, saying it is “disgraceful” that intelligence communities would allow the release of any information. “That’s something Nazi Germany would have done and did do,” he says.

He then unleashed on Buzzfeed which alone published the 35-page memo behind the Russian allegations, saying “Buzzfeed which is a failing pile of garbage… will suffer the consequences”

And then, in an even more stunning episode, Trump slammed CNN reporter Jim Acosta, who he also called out during the presser over their report on a two-page synopsis they claim was presented to Trump.

With Trump looking to call on other reporters, Jim Acosta yelled out, “Since you are attacking us, can you give us a question?”

“Not you,” Trump said. “Your organization is terrible!”

Acosta pressed on, “You are attacking our news organization, can you give us a chance to ask a question, sir?” Trump countered by telling him “don’t be rude.”