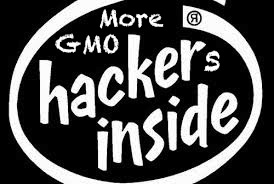 I’ve now established the most probable truth about the fate of Prop 37 in California.  The election was electronically controlled.

Now, to earn a place in the white-hat hall of fame, a few very talented hackers need to prove that the California election system, the vote-counting apparatus can be hacked.

I’m NOT calling for anything illegal.  In fact, this only works if it’s done in front of election officials and FBI agents and the FEC.  In broad daylight.  As it is broadcast to hundreds of millions of people around the world, online.

Start, I suppose, with hacking into individual vote machines.  Go from there to hacking the information relayed from those machines up the line.  Hack larger computers and tabulating machines in the sequence.  Hack pieces of the count.  Hack the whole count.  Reverse election winners.  Whatever can be done.

In no possible way do I support or countenance just hacking in privately or illegally.  I want something definitive accomplished above board. I want everybody who believes we’re living in a real system to see it’s virtual, to know the networks who do the absurd early projections on election night are puppets in a parade.

Let’s make something clear.  This isn’t some idea I came up with as an original suggestion.  I’m not fomenting anything.  This has been done before.  Every hacker worth his salt already knows about the idea of hacking an election count.  Every hacker knows, for example, about the group of Michigan computer scientists who broke into the District of Columbia’s system and reversed the mayoral race winner, fabricated absentee votes, and canceled actual votes.  They did this by invitation, to prove it could be achieved.

Of course, the implications here go a lot farther than Prop 37.  Ultimately, they call into question the whole voting system of America—or anywhere where computers are at the heart of the system.

Would California election officials and the FBI and the FEC permit a “teaching moment” like this?  Would they cooperate in a grand experiment, publicly carried out by the best of the best?

How about it?  Let’s cut through the crap.  Let’s show what a real hacking test looks like.  Let’s have the most talented among you display your stuff.

Naturally, certain conditions apply.  We have to know this is the real California vote-count system we’re dealing with.  Not some phony version.  We have to know there are no tricks up anybody’s sleeve.  No normal information pathways being blocked off.

I say, if Pentagon and Interpol and FBI and NASA systems can be hacked, the California voting system can be cracked like an egg and manipulated, without leaving obvious traces or alerting officials.