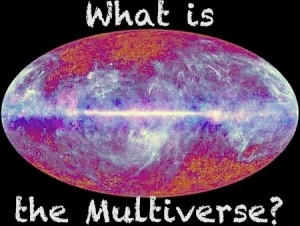 A study out of Bonn University has led to a new round of speculation about the nature of the universe.

The study proposes that cosmic rays undergo a strange energy shift.  The energies are “re-fitted” to align with an underlying pattern or lattice.  There is only one proper fit; no exceptions are permitted.

If the lattice is, indeed, the basic pixel-like Reality we are interacting with every day of our lives, then we could be living inside a created artifice.

Put this description alongside the hypothesis that the universe is a hologram: lines of code inscribed on a two-dimensional surface  deliver instructions on how the lattice is built, and what its properties are.

In other words, the software which holographically projects the universe includes the exact structure of the lattice.

Then, by the rules of the game, energies which don’t automatically plug into the lattice framework precisely as they’re supposed to are “snapped to” a correct fit, as Mike Adams (Natural News) has suggested.

Mike has made the analogy to a television picture, which consists of pixels that have their own dimensions and structure.  So if we imagine an all-encompassing “television picture,” this would be the lattice-controlled reality we live in.

Paul Watson (infowars) asks the question: is this universe-simulation  our own creation?  Since time could be quite flexible where simulations are concerned, might we have made this reality from a platform in the future and then inserted ourselves into it?

What interests me is the notion that humans have used technology to construct a scientifically designed cosmos.

Is this possible, or are we applying a contemporary paradigm to a universe whose nature actually exceeds that paradigm?

In a 10-year project of putting together a collection called The Matrix Revealed, I did a great deal of research on other notions of creation or “reality-building.”

It is clear that at deep levels, propaganda turns into self-propaganda.  In order to live inside a Matrix or universe of our own making, we would have to produce, in ourselves, an extraordinary level of amnesia about what we did.  Otherwise we would know.  We would walk around knowing full well we had designed our own illusion, and the whole thing would fall apart.

Immortal and free from the structure, we would hardly want to spend all our time trapped in it.

The ancient Tibetans knew a great deal about this conundrum.  Before they became a theocratic society of rites and rituals and a rigorous elitism, they were daring adventurers on the edge of experiments in consciousness.

Relying on the teachings of itinerant outcast adepts from India, they developed a practice called, by a few later scholars, “deity visualization.”  (See John Blofeld, The Tantric Mysticism of Tibet)

Perhaps based on an already existing mandala-painting, a teacher would give his student a very detailed and specific “personage” to create in his imagination.  This effort, if it was successful at all, might take months or even years.

The objective was to mentally hold the complex image intact, in every detail, not just for a few seconds or minutes, but indefinitely.  If the student was successful at this arduous task, he would soon find that the personage he created seemed to take on a life of its own.

The personage or deity would become the student’s friend and guide and give him valuable advice and counsel.  When the teacher sensed this relationship had progressed to a very close point, he would order the student to get rid of the personage altogether.

This, it was said, was more difficult than the original act of creating it.  But if the student was able to perform both aspects (creative and destructive) of the exercise, he would then realize, see, and know, with full consciousness, that THE UNIVERSE WAS A PRODUCT OF MIND.

At that crossroad, he would be able to spontaneously take apart pieces of “the hologram” or “the lattice,” and even create (out of nothing) new objects that hadn’t existed before.

It’s fascinating that now, at the beginning of the 21st century, we have come full circle.  We are contemplating the possibility that we created this universe—but through technological means.

Perhaps those Tibetan adepts, in their practice, actually saw the lattice or even the two-dimensional surface on which the holographic code of the cosmos is inscribed.

Another clue concerning the origin or underlying force that made the universe is revealed through a study of the famous alchemical diagram: two crossed staves.

The four endpoints were said to represent the basic aspects or elements of Nature: earth, air, fire, and water.  According to some alchemical interpretations, these elements were in eternal conflict with one another.

The resolution of the conflict was represented by the center-place where the two staves met.  This mysterious intersection was called Quintessence, and its meaning was long debated.

Paracelsus, one of the most famous of the European alchemists, seems to have thought that Quintessence was, in fact, imagination.

In other words, our creative power could change the inherent design of reality.  If so, then it is just a step from there to infer that our imagination invented the design in the first place.

Some will take that step; others will not.  Regardless, the history of millions of artists on this planet directly points to the fact that, when freed from restraints, human beings become enormously creative.  Every painting, play, poem, novel is a world of its own; a universe.  Perhaps this suggests that the physical universe is but one work of art, out of a possible infinity of universes.

William Blake, one of the most revered English poets, made several remarkable statements about the power of imagination:

“Imagination is the real and eternal world of which this vegetable universe is but a faint shadow.”

Of course, the notion of multiple universes is reflected in contemporary science.  Physicist Brian Greene, author of The Hidden Reality, explains that Relativity and Quantum Theory, each highly useful in its own way, come into high mathematical conflict when set side by side.

One resolution of that conflict can be achieved through String Theory, in which tiny vibrating strings (in 10 or 11 dimensions) explain the makeup of this universe.  But String Theory also suggests many surfaces or membranes or islands on which matter, energy, and time can exist: multiple universes.

No matter what force or power we say made this universe, a new day is here.  We are coming to grips with the idea that the universe isn’t all the reality there is.  Some find this disturbing.  Others are inspired to feel it is intensely liberating.

Beyond any hypothesis about the underlying structure of the universe, there remain the basic questions about us, as succinctly expressed in the title of Paul Gauguin’s famous 1897 painting: Where Do We Come From? What Are We?  Where are We Going?

For those who answer these questions in terms of the Divine and God, it’s interesting to consider the original essence and principle of the Kabbalah.  Contrary to many interpretations, the whole idea of this evolving text is proliferation: by advancing all knowledge, all science, all poetry, all the arts, humans move closer and closer to God.  In other words, for the religiously inclined, nothing learned about our potential power—even the boggling possibility that we invented this simulation called universe—subtracts from Divine power.

I recently studied Gauguin’s intriguing painting again.  Behind the three central groups of people representing the three basic questions, the light-blue background shows figures and scenes from what the artist called the Beyond.

That gives rise to yet another hypothesis.  We are living in an interpenetration of several simultaneous universes or planes of existence.  And they’re all here now, if we could see them.

The rigorous lattice or holographic code defining this universe is merely the way one plane of existence is structured.

Rather than reduce all possible universes to the principles on which this one may be built, why not consider many, many other such “works of art?”  Each universe is constructed or improvised out of the infinite well of creative freedom…

Could there be a greater illustration of the principle of Abundance?

Throughout history, humans have been reaching for, and elevating the idea of greater abundance.  In one of the early Bible stories, Old Testament Joseph, as a boy, dreams of dancing sheaves of wheat.  Wheat, grain was, for the ancients, a living symbol of abundance.

We have always sought, in faith, in hope, in myth, in story, in investigation the means for unending abundance.  Now, we also see it reflected in our most far-reaching contemplations: not just one universe, but many universes, without end.  Because if we are living in this virtual space and time, why shouldn’t other continua exist?

Are they all simulations?  Is a painting a simulation?  Not really.  It’s an independent invention, undertaken in freedom, launched from the unfettered imagination of an artist.  It is its own universe.

We are all artists.

The three questions Paul Gauguin asked could be titanically re-framed: Dissolving the societal myths of false limitations, what can you truly create?  How powerful is your imagination?  What universes will you create?