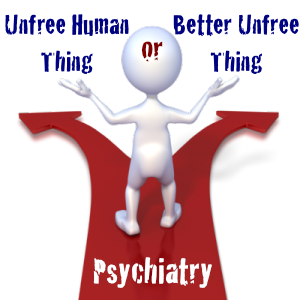 The ability to separate components of a machine, to increase the efficiency and power of each component, to link up all the elements in smoother ways; this is one of the hallmarks of the technological society.

And when the current machine is superseded by a new one, the process of improving efficiency starts all over again.

The rise of what has been called industrial psychology, or scientific management, tries to overcome that “flaw.”  This is described well in Scott Noble’s film, Social Engineering in the 20th Century (posted at YouTube).

For example, the modern factory assembly line, in which workers did multiple tasks and functioned as skilled artisans, was overthrown in favor of a system in which each worker performed the same severely restricted, specialized task over and over again.  A machine making machines.

And not just in America.  In Russia, in the early stages of the revolution, worker-owned companies were on the rise.  But that development was too conscious, too participatory.  Lenin imposed his top-down version of human machines making machines, all in the service of constructing a super-state.

In the same way, the rise of psychology and psychiatry reflect the impulse to treat the mind as a machine.  The expanding concoction of so-called mental disorders are arbitrary attempts at categorizing human thought, desire, and behavior as diseases.

Have you ever tried to solve an arbitrarily cooked-up problem for millions of people?  Of course not.  Who in his right mind would?    Yet this is exactly what the “mental sciences” have accepted as their mission.

Consciousness is not public business.  Its dimensions and capabilities are there for every person to explore on his own terms.  This is called freedom.

Psychiatry has sought to redefine consciousness solely in terms of brain function.  This materialist obsession is also an attempt to gain control of the mind.

In the wake of Sandy Hook, we are seeing the escalation of a social and political bargain: the sacrifice of freedom in return for more invasive “mental health,” which would purportedly reduce the number of mass murders.

Of course, this is a false promise.  There is no psychiatric prospect for reducing killings (especially since some of their medicines induce extreme violence.)  There is only more diagnosis of mental disorders, followed by drugging with toxic and dangerous chemicals.

This is all based on an unspoken bias against freedom and consciousness, in favor of “evening out” the emotional range and experience of humans.  Psychiatrist Peter Breggin rightly characterizes this as drug-induced emotional flatness and anesthesia.

Worse yet, this layer of flatness can disintegrate, leaving the patient in a synthetically created, out-of-control emotional state.

But psychiatry’s political allies, all too happy to delegate violent-crime prevention to mental-health professionals, are viewing society as a numbers game.  For them, averaging out human emotions into an acceptable and harmless range is a preferred overall solution.  It’s a system of control.

Therefore, this really isn’t about violent-crime prevention at all.  It’s about rendering humans into a state where they react like predictable Things under chemical restraint.

No doubt we’ll soon see a new generation of devices for stimulating brain centers, aimed at inducing pleasure and satisfaction.  And the covert agenda will be to render consciousness a servant to the status quo.

The people who own governments and countries look upon this model as a reasonable method for producing “the normal human” who accepts things as they are.

Let’s face it, wherever human beings feel the possibility of liberation, they begin to devise their own communities and workplaces.  They innovate.  Forms and structures are created so that  each person can benefit from the whole.

But top-down, this is viewed as a dangerous development.  Leaders, in the camp of monopolists, do everything they can to squelch such movements.  Which means they reduce the human being and consciousness to a cipher within a system, thus defeating their nemesis: decentralization.

It has been so since the beginning of time.  Somewhere in a cave, prehistoric men and women, striving to survive in a hostile environment, began to think about new social relationships in their extended families—and a few leaders, watching this unwelcome development, decided they had to invent the first false flags (creation of non-existent enemies), in order to declare DEFCON 1 and centralize their control over the group.

From its earliest experiments, forged by Palov, Wundt, and other like-minded researchers, psychology has sought to prove that the conditioned-reflex (machine) model of human behavior was a true reflection of life on planet Earth.

They were given entrance into the club of controllers for precisely that reason: humans as machines was a perfect pseudoscience to build on.

Once you strip away the sophisticated complexities of modern psychiatry, you see the same proposition: the human brain, through chemical intervention, can be modified to produce “better behavior.”

Progressing from the sheer madness of researchers like Jose Delgado and Ewen Cameron, who believed no human had an inherent right to his own personality, but should be altered to fit the social needs of the State, psychiatry, hand-in-hand with Pharma, has developed kinder, gentler language to describe its mission:

This decades-long propaganda blitz has benefited psychiatry enormously.  Smoothly fitting into programs of its government backers, promoted as the “official word” by major media, the profession has gained a primacy exceeding its most optimistic projections.

In America and many other countries, there now exists Official Mental Science.  That most people don’t even notice this fact speaks to the overwhelming success of psychiatry.

Think about that.  In what kind of political State do you need an official science of the mind?  There is only one explanation for it.  The State is a dictatorship.

In a free society, government would never dream of taking sides with one explanation of the human mind.  It wouldn’t dare enable that explanation through its law-enforcement officers, court system, and publicly funded psych wards and research grants.

In this obvious puff piece written for NIMH, Wikipedia goes on to state: “For the institution to continue fulfilling this vital public health mission it must further innovative thinking…in the evolving science of brain, behavior, and experience.  In this way, breakthroughs in science can become breakthroughs for all people with mental illnesses…NIMH is particularly known for studies of genetics, neuroscience, and clinical trials of psychiatric medication.”

Official mental science.  Backed and enforced by the US government.

In previous articles, I’ve demonstrated that, for all 297 officially certified mental disorders, there are NO physical tests to confirm a diagnosis.  None.  And on that non-basis, millions of doses of toxic and dangerous drugs are prescribed to Americans every year.

So much for science.  But for control?  Ah, that’s quite a different story.  The power to invade and interfere with people’s lives is on the upswing.

Government simply says, “We care about you,” and for most people, this is apparently enough to satisfy them that psychiatry is a good thing, an objective thing, a thing worthy of being official and enforced and funded.

In 1906, Ivan Pavlov, the celebrated innovator in what is now called “classical conditioning,” wrote: “Mankind will possess incalculable advantages and extraordinary control over human behavior, when the scientific investigator will be able to subject his fellow men to the same external analysis he would employ for any natural object…”

Nearly half a century later, one of the most celebrated psychologists of the 20th century, BF Skinner, offered this pithy assessment of humans: “The real question is not whether machines think but whether men do.”

Skinner’s answer to that question was no; instead, humans were driven entirely by a set of their past behaviors that were reinforced positively by others.

In both Pavlov’s and Skinner’s universe, free will was out of the question.  It was only a matter of deciding how to condition people.

Modern psychiatry, 40 years ago, formed an overt alliance with pharmaceutical companies, to sell chemically-imposed conditioning as treatment for disease.  At least the early behaviorists wore their agenda on their sleeves.  These days, it’s all subterfuge and deception.

When all is said and done, brain researchers of the 21st century steadfastly believe that human thought, feeling, desire, and consciousness can be reduced to predetermined signals and chemicals and electronics taking place inside the skull.  Therefore, for them, creating changes in those signals is entirely legitimate and ethical: they are merely making over the Unfree Human Thing into a Better Unfree Thing.