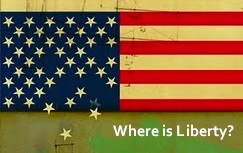 Once upon a time, there was something called The Individual.  Of course, it turned out to be fiction.  Our ancestors were quite mad, off their rockers.  They spoke of “each human being” as distinct and unique.

It’s rather easy to see how it all started.  At some point in the evolutionary history of the species, the mind decided it needed a construct.  A myth.  A device.  A hope.  Called The Individual.

And then, flashing forward, we knew the fairy tale was just a spiritual appendix.  So we removed it.

We replaced it with the Glob.

The Glob is beautiful.  It gives.  It has one voice.

It’s all of us.  A perfected union.

We don’t punish.  We inhale and ingest.  If one breath isn’t enough, we take two and suck dissent deeper into our unitary Substance.

Then we rebuild the dissent into Glob-essence.

One we removed delusion called The Individual, we installed the universal program.  It connected us to the data banks of irreversible wisdom.  The banks show us how Separate Striving is the name of the many faces of Crime.

The Individual as a subject surfaces every now and then, in conversation, like a bad penny.

Simply realize it is extinct.  We are looking at a hallucinatory trace, a ghost, a throwback.

We are Species.  Sections of us go defunct; others are born.

Time passing is of no concern.  We are beyond time, having achieved the ultimate goal of consciousness.  We are the premise and the conclusion.

Our ancestors were misguided and a bunch of fools, but we mustn’t criticize them too heavily.  They did the best they could with what they had.

Fortunately, in their time, intelligence arose in the form of something called The New Age, which urged a movement toward Ultimate Collective Oneness of the Cosmic Cheese Melt.  It was aided by a fragment called “The one political party with two heads,” which taught: “we are the drone and we are love and we watch you to help you.”

What a boon they were!

Another aspect, called megacorps, created worker hives—primitive forerunners of the Glob—and assisted in the transformation of consciousness.  Then there was a mysterious phenomenon, the gateBuffetzuckerbergCIA, that taught endless giving and charity.

The ancestors fought wars and committed many crimes, but all this was solved when the Oneness Message permeated deeply enough into the cells of the great Daddy-Goo-Goo-Yup-Yup-Boom.

Of course, you all know the Daddy-Goo is a sub-category of the Rockefell-Roths-CFR-Trilat-Build-a-Burger-Globalis-Monsan aspect, which we celebrate when the leaves turn the color of polished aluminum.

At any rate, we are speaking to ourselves today because we have recently noticed an echo in the Field.  Its origin is unclear, but a brief cryptic message has appeared: “Free Will.”  What this terms means is not yet known.

We are not inhaling and ingesting it with our normal ease, and thus far all efforts to transmute it into basic Glob-essence have failed.

Unprompted drawings are appearing on our screens.  They do not mirror and pay homage to Glob.  This is curious and somewhat troubling.  We have translated the writing under one drawing: “These are the times that try men’s souls.”

We do not understand its reference, but the statement is clearly criminal in its intent.  It emits a foul odor.  It must be purged.

We have a question for ourselves.  Do we understand the word IN-dependence?  It also has appeared in the Field.  It transmits an unwelcome frequency.

There is one final term that has also come to our attention: FREEDOM.

What does that mean?  It is obviously noxious.  It reeks of morbid separatism.  It seems to be accompanied by heinous music.

Wait!  More is coming through now!  A great deal more!

“There are some people who hear the word FREEDOM and wake up, as if a new flashing music has begun.

“This lone word makes them see something majestic and untamed and astonishing.

“They feel the sound of a Niagara approaching.

“They suddenly know why they are alive.

“Most people don’t want to travel to that grand arena because they have been trained like pets by some sector of this society to be good girls and boys.

“99% of the world has been conditioned like rats to adore systems. Give them a system and they’re ready to cuddle up inside it.  And with every move they make, they put another blanket over the Fire Within.

“They sleepwalk through life and say yes to everything.

“Maybe you once saw something truly free that didn’t care about consequences, and it blew you into tomorrow and turned on your soul’s electricity for an hour.

“Maybe you’re sick and tired of bowing and scraping before a pedestal of nonsense.

“FREEDOM is a word that should be oceanic. It should shake and blow apart the pillars of the smug boredom of the soul.

“FREEDOM is about what the individual feels when he has thrown off the false front that is slowly strangling him.

“FREEDOM is about the end of mindless postponement. It’s about what happens when you burn up the pretty and petty little obsessions. It’s about emerging from the empty suit and empty machine of society that goes around and around and sucks away the vital bloodstream.

“Do you want to know where I found this?  I hacked into some of the deepest cells of your Glob-essence and I discovered it hiding there.  I found it buried down in your most securely guarded caves.  I stole it and escaped.  I took it and I’m showing it to you because its yours.  It belongs to you.  It’s supposed to be Never Seen Again.  NSA.”

WHO IS SPEAKING!  WE THE GLOB DEMAND TO KNOW!  WHERE IS THIS COMING FROM!  STOP IT!  THE GLOB COMMANDS YOU TO STOP!