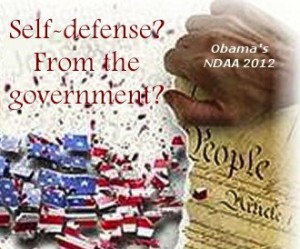 The first thing I want to hear Obama say about guns is what I’d expect from any rational person:

“Here is where gun murders are occurring in the United States.  Look at this map.”

Yes, let’s start there.  I mean, if we were heading up a campaign to stop gun murders and gun maiming, wouldn’t we do that?

Let’s see where all this gun violence is happening.  Is it on Western ranches?  Is it in the desert?  Is it in the Everglades?  On Mt. Whitney?  In Scarsdale?  Shaker Heights?

Gangs!  That’s a good place to start, wouldn’t you say?  Especially since gangs can obtain guns whether or not they’re legal.  So no new law is going to stop them from what they’re doing.

If Obama really wants to solve the problem of gun violence, why doesn’t he say anything about gangs?

Why doesn’t he say anything about New Orleans, Chicago, Baltimore, Detroit, Philadelphia, and St. Louis?

Is it because he’s not trying to solve gun violence but only gun ownership?  Is ownership what’s really bothering him?

And then I want to hear him say this, too:

“A father is home at night.  An intruder breaks in.  The father is armed.  To defend his life and the lives of his family and his property, he has every right to shoot the intruder.

“If he does that, if he shoots the intruder, he’s a good father.”

This is what I want to hear from the lips of the president, just to make things clear, just to set the record straight.  No equivocation.

And then I want to hear the president say this:

“There is no doubt the Second Amendment was drafted, in part, to allow citizens to protect themselves against the possible future tyranny of the central government.  That potential tyranny was exactly why the whole Constitution was written as it was.  To check the power of federal authority.”

I want that on the record, too.

Then and only then is a real conversation about guns possible.

You see, with all the verbiage about assault weapons and high-capacity magazines, many people assume, however, that the real and legal bottom-line reasons for owning a gun in this country are secure.

I don’t agree that the president or any of his allies in the White House and Congress acknowledge those basic reasons and accept them.

I hear a lot of talk about “the traditional gun culture” in America.  That generalization is meant to be a tip of the hat to hunters in wide open spaces of the West.  Oh yes, his father and his grandfather owned guns.  Bring down a deer and eat it.  Sure.  And people love their guns.  It’s ingrained in the American spirit.

Do the president and the Congress explicitly agree?  Let’s hear them admit it.

That would be the just the beginning of the dialogue.

Without that admission, however, there is no trust and no good will.

And Mr. President, when you make the admission, you’ll have to go a long way, in your words, in your attitude, to overcome deep public skepticism.  That’s up to you.  No guarantees.

But without the admission, there is nothing, except the obvious conclusion you’re operating a bait and switch.  What you really want is all the guns, and you’re taking a few radical steps in that direction.

You must also explain why law-enforcement agencies have ordered more than a billion rounds of ammunition in the last year.  Precisely what are those bullets for?  All those agencies operate domestically.

I want to hear the president admit there is a world of difference between an armed citizen defending his life, liberty, and property and the lives of his loved ones…and a criminal using a gun to commit a crime.

I want him to admit that the program to take away guns cannot make a true distinction between these situations.  Therefore, the honest and honorable citizen is punished and stripped of legal means for defense, as if he were a criminal.

As a gesture of good will, every wealthy person who declares an intention to grab guns should spell out the precise nature of his own means of protection.  This would entail listing the number of security people who guard him and what weapons they carry.  It’s called full disclosure.  It puts the true cards on the table.

“I’m a limousine liberal.  I don’t believe in owning a gun.  I wouldn’t know how to shoot a gun if my life depended on it.  But I do have fourteen men who work for me who carry weapons…”

Good.  Give us their names so their guns can be taken away.

And how about taking guns away from private security companies, the big ones who do contract work for the government?  Those people are very easy to locate and inspect.  How about grabbing their guns first?

Of course, many policemen in America own guns they don’t use on the job.  Those guns should be confiscated immediately, correct?

Excuse me for bringing up what may seem to be a peripheral issue, Mr. President, but since the federal government and its corporate allies can now spy on each and every American, 24/7, down to the label on his underwear, and can listen to his every phone call and read his every email and text message and inspect his every purchase, while discovering what may or may not be concealed in his bodily orifices during air travel, don’t you think it’s reasonable to ask for an explanation of all this that goes beyond heading off terrorist attacks?

Aren’t we justified, in fact, in assuming that the federal government views every citizen as a potential threat?

And if so, how would you assess the desire of many people to own weapons?

Please offer a complete and open and honest description of this state of affairs.

You might also enlighten those idiots among us who simultaneously rail about too much government surveillance and yet want the government to take away all our weapons.  That would be a bonus.

Again, I apologize for introducing what may seem to be an unconnected point, but I have to ask this question:

Are you the last man in America to find out that many psychiatric drugs induce otherwise law-biding people to commit murder?

It would be ironic if you were.  Just asking.

The cat is out of the bag.  Everybody and his brother is now aware, for example, that the SSRI antidepressants (Prozac, Zoloft, Paxil, etc.) have been scrambling neurotransmitters and causing people to go crazy in violent homicidal ways.

And yet, in your speech after the Sandy Hook murders, you spoke of the need to expand mental-health services.  Mr. President, do you have any idea what this means?

It means more of these highly volatile and dangerous drugs will be dispensed, and then we will have more murders.

Everybody has figured this out.  Step out of the Oval Office bubble and come to your senses.  The catch-all phrase “mental health” may make a suitable sound in a presidential speech, but really, it’s a confession of an ignorance so vast as to be stunning, at this late date.

Returning to how I began this article, let’s hear you clarify your position about gun violence versus gun ownership.  You really need to do that, since you haven’t shown you intend to stop gun violence, since you’ve said nothing definitive about gangs and those places on the US map where most of the gun violence is taking place.

Your failure to do that is a dead giveaway that your agenda is about something else entirely.

Somehow you’ve managed to hypnotize all those fellow liberals into neglecting to see this glaring fact.  Maybe they don’t want to stop gun violence, either.  They just want to stop ownership.

PS: Brian?  Brian Williams?  Are you there?  Caught you on Letterman the other night.  Nice impression of Regis Philbin.  You spoke glowingly of the American West and its long tradition of guns.  Was it just by a slip of memory you failed to mention the private-citizen use of weapons to shoot criminals?  That’s a long tradition, too.  Or would referring to it have been cutting too close to the bone?  Feel free to retrace your steps on the NBC Nightly News, the nation’s most trusted source of truth.

PPS: Mr. President, just thought of something else.  You’ve heard of the name, Jesus Vicente Zambada-Niebla?  I’m sure you’ve been getting briefings on him.  He’s standing trial in your old city, Chicago.

Niebla is a member of the Sinaloa Cartel (drug gang).  For some reason, his trial keeps getting postponed.  Niebla and his lawyers state that he has special immunity from the DEA, because there is a deal between the US federal government and Sinaloa.

In exchange for the Sinaloa providing intelligence on rival Mexican drug gangs, the US government is permitting Sinaloa to ship tons of drugs into the US through Chicago.

US prosecutors have been asserting the right to suppress quite a bit of evidence in the Niebla trial, for national security reasons.

Is this perhaps one reason why you don’t mention gang gun violence in your campaign to take away guns?  Because guns in the hands of gang members ensure the smooth flow of drugs into Chicago and then into the rest of the US?  That’s a lot of gang guns in a lot of hands in a lot of places in the US.