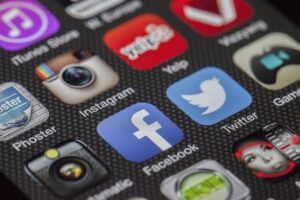 White House: Joe Biden Believes Social Media Platforms Should Block More ‘Untrustworthy Content’ The White House said Wednesday President Joe Biden supported social media companies banning more content considered “untrustworthy” on their platforms. White House press secretary Jen Psaki declined to say during the daily press briefing if Biden supported social media companies continuing to ban former President Trump from their platforms, but she did reiterate Biden’s support for more censorship. She said Biden believes that social media companies have the “responsibility” to block questionable content. “His view is that there is more that needs to be done to ensure that this type of misinformation, disinformation, damaging, sometimes life-threatening information is not going out to the American public,” she said. Psaki singled out content questioning the results of elections, the fight to stop the spread of the coronavirus, and the effort to get Americas vaccinated as “misinformation” that should be scrutinized. “The president’s view is that the major platforms have a responsibility related to the health and safety of all Americans, to stop amplifying untrustworthy content, disinformation, and misinformation, especially related to COVID-19, vaccinations, and elections,” she said. During the 2020 presidential campaign, Biden enjoyed several attempts by social media companies to block damaging stories about him and his family from spreading online. 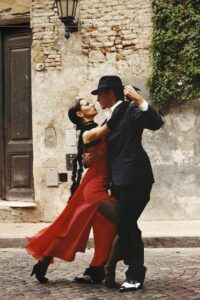 D.C. Mayor Bowser Won’t Commit to Allowing Dancing for Masked, Vaccinated People On Wednesday’s “CNN Newsroom,” Washington, D.C. Mayor Muriel Bowser (D) defended the city’s ban on dancing receptions at weddings and wouldn’t commit to allowing people to dance at weddings even if they were wearing masks and fully vaccinated. Bowser said that “An alternate headline” for the rules could be “Now you can host a wedding in Washington, D.C.” Host Alisyn Camerota later asked, “But mayor, is there any way that you would reconsider with masks on and, say, a card that shows fully vaccinated that you would allow dancing?” Bowser responded, “We’re absolutely considering opening more activity as our case rates go down and our vaccination rates go up, and that’s in our hotels and that’s in our other venues.” 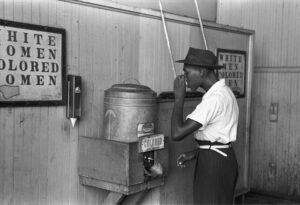 NY Gov. Cuomo: Mets, Yankees to Segregate Vaccinated, Unvaccinated Fans New York Governor Andrew Cuomo announced on Wednesday that baseball fans in New York would be segregated by their vaccine status when they go to Yankees or Mets games. Cuomo said that the Mets and the Yankees would be permitted to segregate fans into separate sections with vaccinated fans sitting in one, cordoned off part of the facility, and the non-vaccinated in another the New York Post. “No testing, but if you’re vaccinated, have the Excelsior Pass, proof of vaccination, that will determine where you sit,” Cuomo said on Wednesday. “It’s a different experience with a crowd,” Cuomo added. “The crowd energizes, the crowd brings the rhythm, the crowd brings the dynamic.” Both Citi Field and Yankee Stadium will be relegated to 33 percent of fan capacity. The stadiums have also teamed up with the state Department of Health to open vaccination centers during games, the gov. added. 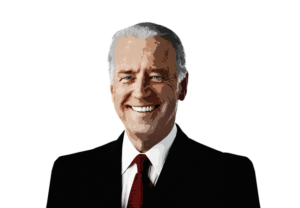 Biden has a strange definition of patriotism President Biden told America on the campaign trail, in the early days of his administration and over the course of his first 100 days in the White House that on the coronavirus, he would follow the science and issue executive guidance based solely on the science. He lied. He meant he would select which science to follow, which science to ignore.  On face masks, for instance, Biden has disregarded the Centers for Disease Control and Prevention guidance that says face masks aren’t necessary outdoors for those who’ve been vaccinated against COVID-19. That’s not exactly earth-shattering news; common sense says that it’s ridiculous to wear face masks outdoors when nobody is around anyway. But now America has the CDC stamp of approval to take off the mask after vaccination, while outdoors, and even while around others who’ve been similarly vaccinated. Thanks, CDC. America is so grateful for the permission slip. (Insert snarky expression here.) 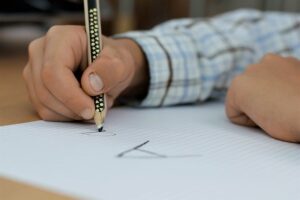 California’s ‘Equity’ Math Rejects Existence of Naturally Gifted Students: ‘All Children Capable at Highest Levels’ California’s proposed “equity”-focused K-12 mathematics framework aims to underscore the message that there are no students who are intellectually gifted in the subject area, and that providing tracks for higher-level math students is discriminatory. “All students are capable of making these contributions and achieving these abilities at the highest levels,” the introductory chapter of the framework draft from January states, addressing the “problem” that “many competitive colleges and universities … hold calculus as an unstated requirement.” According to the framework, when school districts place students who show high ability in math in advanced classes, or in the “mathematics pathway system,” they act in opposition to what the document states is “evidence that shows all fifth graders are capable of eventually learning calculus, or other high-level courses, when provided appropriate messaging, teaching, and support (sic).” “The system of providing only some students pathways to calculus, or statistics, data science or other high-level courses has resulted in the denial of opportunities too [sic] many potential STEAM [Science, Technology, Engineering, Arts, and Mathematics] students—especially Latinx and African American students,” the framework maintains.

The Authoritarians: Their Assault on Individual Liberty, the Constitution, and Free Enterprise from the 19th Century to the Present 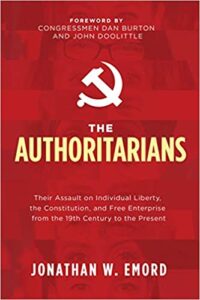 Jonathan W. Emord is one of the nation’s foremost experts on constitutional and administrative law and has practiced before the federal courts and agencies for thirty-five years. In The Authoritarians, Emord reveals the untold story and largely hidden practices of Authoritarians who have worked inside the United States government to undermine the Constitution and override rights protections since the earliest days of the Progressive Era.Emord traces the intellectual origins of Authoritarianism to its Hegelian roots in Germany. He shows how legions of academics, trained to hate the American system of government, became predominant in the major universities of America, entered government as top advisors, and successfully orchestrated an overthrow of the Constitution’s limits on power which put the rights of individuals in jeopardy from the Progressive Era through the New Deal to today. In The Authoritarians, readers learn how Authoritarians endorsed forced sterilization of 60,000 American citizens whom they deemed “undesirable” and “unfit”. Readers also learn how Authoritarians selectively created monopolies and overcame the constitutional limits on government power the Founding Fathers put in the Constitution to prevent tyranny, thus ushering in the foundation for a socialist state.

In The Authoritarians, Emord reveals the lies told by advocates of the Black Lives Matter organization, Antifa, and the 1619 Project. He presents the startling fact that the first slaves in the Jamestown Colony in 1619 were not blacks, but whites and that in the antebellum South slave owners were not only white, but black. Readers also learn the inherent failings of socialism; the tremendous cost it imposes on human lives; and the grave threat to the survival and success of liberty and justice in America posed by Authoritarians such as Alexandria Ocasio-Cortez, Bernie Sanders, Nancy Pelosi, Chuck Schumer, Ed Markey, Joe Biden, and Kamala Harris. The Authoritarians unveils a detailed strategy for restoring constitutional protection for individual rights and fending off the horrors of a socialist tidal wave now drenching America. 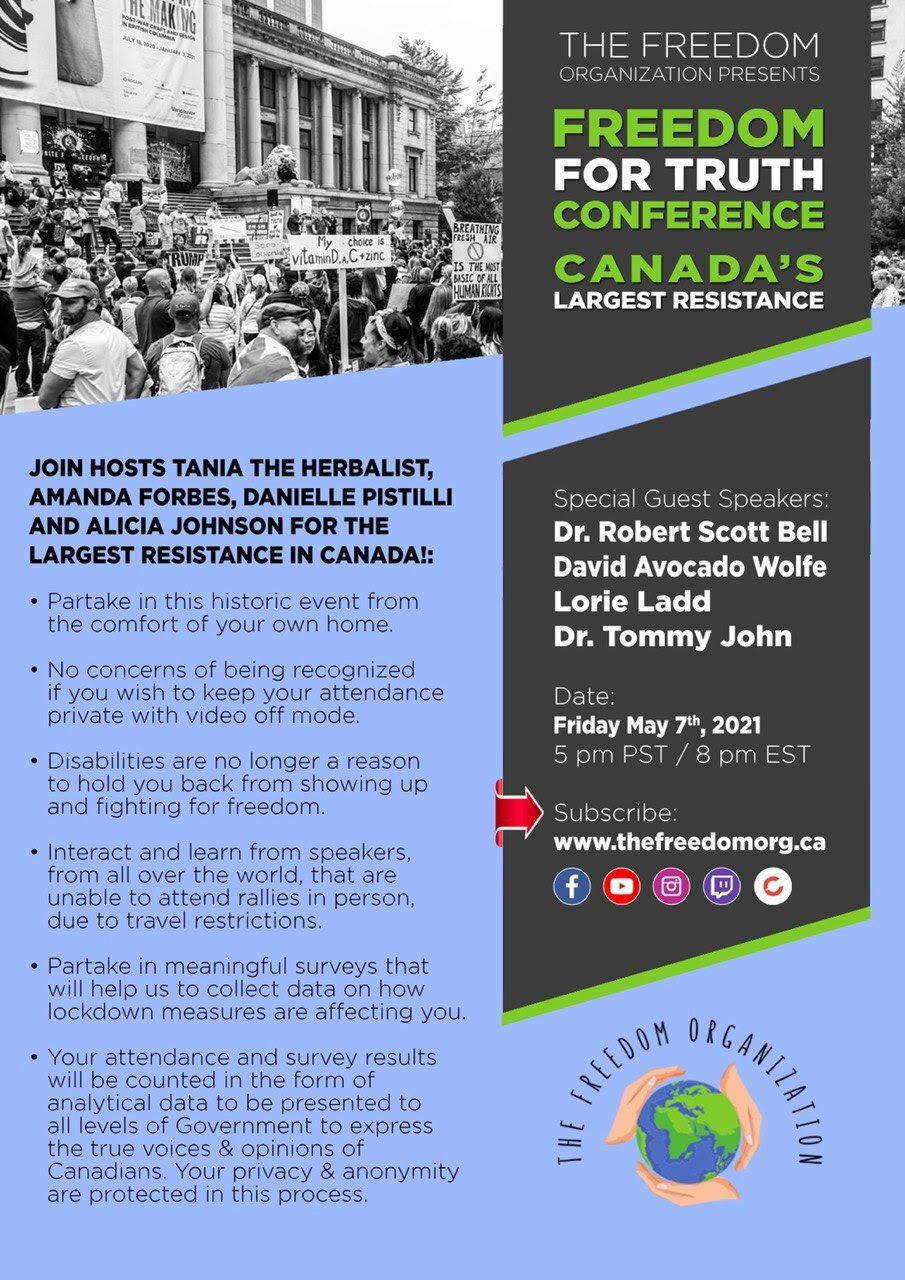 The Freedom For Truth Conference

On Friday May 7, 2021 we mobilize our teams  once again,  to make a real difference!

Join us and see what can be accomplished when you get an impassioned, heart driven team to unify our Country and focus on change through empowerment, education and action.  Make your number count by participating, and take pride in knowing you contributed. Will we beat our last number of almost 20,000 resisters?! We have NO DOUBT. 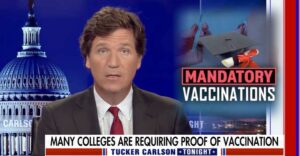 Tucker Carlson’s Fox News colleagues call out his dangerous anti-vaccination rhetoric Some of Tucker Carlson’s colleagues at Fox News are objecting to his reckless anti-vaccination rhetoric. They are speaking out in small ways on Twitter — but they are not being given the prime time platform that Carlson enjoys, and the millions of people who watch Carlson are not being given accurate information about the Covid vaccines. On Wednesday night at least three Fox commentators, both conservatives and liberals, posted messages that rebutted Carlson’s fear-mongering about the vaccines. Carlson claimed to be asking a simple question: “How many Americans have died after taking the COVID vaccines?” But his speculative monologue was so deeply misleading that it stirred widespread condemnation. Numerous doctors spoke out on social media and said his comments were dangerous. The 15-minute monologue began with an on-screen banner that said “EVERYONE IN AUTHORITY WANTS YOU TO GET YOUR VACCINE,” and it went downhill from there. Carlson cited data from a federal database called VAERS, short for Vaccine Adverse Event Reporting System, to insinuate that the Covid-19 vaccines are problematic. Though he wants his viewers to believe he offers some unique, hidden truths every night, the fact is this is an old, worn-out tactic used by anti-vaccine advocates, who pretend that correlation is causation.

I was a research technician at Albert Einstein School of Medicine in the Bronx in NYC. I faced a lot of judgement and discrimination in my lab because of how vocal I’ve been about the CCP virus. I was ostracized in my lab and even called a danger, until finally I was fired for being “disagreeable” and for not complying with their medical ideology. I have a grievance meeting next week, so my question to you is, as someone who is a part of the scientific community and that wanted to become a doctor before, what can I do to fight against this? What can I do when it feels like I’m fighting against a mountain in a city that calls anyone that talks about the truth of CCP virus, a “Trump supporter” and “antivaxxer”? I love and appreciate your content, and I respect what you do. I guess what I’m asking as a young scientist is how can I fight for. What I believe in without getting fired when I open my mouth.
Melanie