Thursday on The Robert Scott Bell Show 3-5PM EDT: What’s the latest about state efforts to Nullify the NSA’s unconstitutional dragnet spying on all Americans? Shahid Buttar returns from the Bill of Rights Defense Committee to share some of the good news! Is the H1N1 really more deadly than other influenza outbreaks? Get ready to uncover more Swine lies about the real cause of death in most every claimed flu mortality statistic. We’ll also discuss more strategies in restoring gastrointestinal integrity and avoiding unnecessary surgical interventions associated with colitis and Crohn’s. Liam Scheff is in today to provide more Fukushima updates. Do we dare take on libertarian thought-forms regarding GMO labeling? We dare. What about the

meningitis vaccine demanded by parents of UC Santa Barbara students? It has not arrived. Are the students still alive? Plus, how many pesticides are you eating each day? Call 1-866-939-2355 with your questions or comments! Listen in at www.NaturalNewsRadio.com.

Should we demand GMO labeling? Or is that giving government more power to regulate? Is libertarianism too high an ideal? Is it actually unrealistic in a tribe of 320 million? Liam Scheff is back and about to un-libertarian the RSB audience. Oh no! How could this be? By explaining that .. well… we’re a tribal species, and while we’re ‘non-joiners’ as a species, we’re also tribal, and that non-joiner stuff tends to work at the level of 150 people. But in agricultural hierarchies,…well, you’ll get it after you hear it…

spying on all Americans. Why are forces on the left and right, like George Soros and Mark Levin, using the same talking points in attempts to discredit a genuine grassroots effort to re-establish the 4th Amendment? All the while, we see groups the non-elite political spectrum, like BORDC and the Tenth Amendment Center coming together in defense of liberty and privacy! What’s going on around here? Shahid will help us see through the agendas of political elites, whether they are Republican or Democrat, so that we exert appropriate energies in an efficient manner in defense of our rights! Look at what he said on a recent interview on RT: “California is asserting a constitutional position, while Washington DC is asserting a Chinese or Soviet position.” 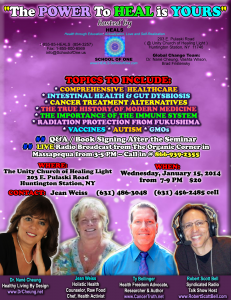