Brian Hooker, PhD., is about to take down the CDC. Yes, the CDC. According to Tim Bolen, “In late 2004 Biochemist Scientist Brian Hooker PhD had had enough.  He’d been looking, carefully, through the US Center for Disease Control and Prevention (CDC)’s so-called “Evidence” that Thimerosal was “Safe and Effective” as a preservative in vaccines.  Having read all of the then available CDC studies making that claim, he, as a PhD Scientist, couldn’t help but shake his head “NO.”  To him, none of the purported proof was anywhere near being scientifically adequate.  Far from it.

What was CDC’s response?  STONEWALL –  a six year knock-down, drag-out brawl to get that information.  Brian Hooker would not let up.  Neither would the CDC. 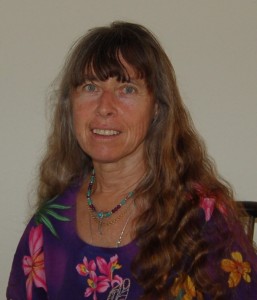 Judy Erwin is a gifted medical intuitive who has gained a lifetime of experience with alternative healing, most significantly her research into the uses of Rife Frequency Technology. She has delved into its many applications for health issues to include the balancing of energy fields and consciousness expansion. Her extensive knowledge and grounded approach stem from decades of research as well as overcoming her own serious health issues with the use of Advanced Frequency Technology. She has shown many people how to regain optimum health and vitality by combining exercise and good nutrition with the specific frequencies in this form of Vibrational Medicine. Judy and BioElectrics for Health would like to introduce you to the healing frequencies designed to raise the physical, emotional, mental and spiritual vibrational level of each individual on the planet Earth. “If you want to find the secrets of the universe, think in terms of Energy, Frequency and Vibration” http://www.bioelectricsforhealth.com.     1-800-936-6240

Should the government test experimental Anthrax vaccines on innocent children? What kind of monsters would even consider something like this? http://www.washingtonpost.com/national/health-science/possible-study-of-anthrax-vaccines-effectiveness-in-children-stirs-debate/2011/10/13/gIQAFWLdDM_print.html

U.S. advisory panel to CDC recommends Hepatitis B shots to all diabetics under 60. Oh, and also those over 60 can get them, too. Did they not listen to The RSB Advanced Medicine Show from Monday? Alpha Lipoic Acid can reverse liver degeneration, but it does not prop up the pharmaceutical/medical industrial complex, so it cannot be mentioned. That’s why you listen to The RSB Show… http://www.reuters.com/article/2011/10/25/us-usa-health-hepatitis-idUSTRE79O82820111025

Obama’s Justice Department is proposing that the government should be allowed to deny the very existence of sensitive documents requested under the Freedom of Information Act. Don’t they already do that? Transparency my Aspirin! http://www.foxnews.com/politics/2011/10/26/justice-department-proposes-letting-government-deny-existence-sensitive/

The State Department has purchased $70,000 worth of Obama’s 1995 best-selling book “Dreams From My Father.” Do you think that they’ll buy mine when it comes out? http://www.foxnews.com/politics/2011/10/25/state-department-reportedly-spends-70000-on-obamas-dreams-from-my-father/

Flu shots only about 59% effective? Really? It’s that high? http://philadelphia.cbslocal.com/2011/10/26/study-flu-shots-are-only-about-59-effective-in-adults/

Sen. Dick Durbin’s stealth move against dietary supplements – don’t let him get away with it! http://www.anh-usa.org/senator-durbin-stealth-move-against-supplements/

Did you know that HPV causes mental retardation in 9 out of 10 doctors and government officials who hear about it? http://liamscheff.com/2011/10/the-hpv-virus/

The government is considering testing anthrax vaccines on children? How do these criminals get a way with it? http://www.startribune.com/nation/132507268.html and http://www.washingtonpost.com/national/health-science/possible-study-of-anthrax-vaccines-effectiveness-in-children-stirs-debate/2011/10/13/gIQAFWLdDM_print.html

Is the 2nd American Revolution upon us? RSB has something to say about this… http://www.naturalnews.com/033974_American_revolution_Occupy_Wall_Street.html

Imperial Republics Fall – How does this relate to the U.S.? http://www.enterstageright.com/archive/articles/1011/1011imperialrepublicsfall.htm

Are you going to the Raw Milk Freedom Ride? http://www.naturalnews.com/033963_Max_Kane_raw_milk.html

In case you missed my broadcast from Sunday (10/23/11) on GCN from this past Sunday, you can still listen to it here: http://www.gcnlive.com/programs/robertScottBell/ Guests included Christopher Barr on Selenium breakthroughs, as well as Jim Navarro from Cut Burn Poison, including discussion of the upcoming Raw Milk Freedom Ride and much more: http://www.robertscottbell.com/?p=4890