RSB and Super Don review the results coming from Arizona and Michigan. How did the establishment candidates do versus Ron Paul and is his delegate collection strategy succeeding? Is Rick Santorum a conspiracy theorist? Virginia was set to repeal the HPV vaccine mandate – did they? How would you like your DNA extracted upon arrest without a judges warrant, even if you were acquitted? Is it time to NULLIFY yet? Super Don gets fired up about fat! If 1/3 of Americans are overweight and 1/3 of Americans are on drugs that make you fat, could there be a relationship? 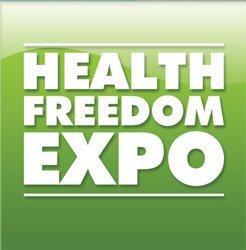 Julie Whitman-Kline joins RSB to discuss that which her father, Dr. Wendell Whitman, started so many years ago – The Health Freedom Expo! It’s coming up in only 2 days, so we’ll preview the exciting presentations and speakers, including the addition of Autism One and Dr. Andrew Wakefield! http://www.healthfreedomexpo.com/site/expo_history.php Julie recently interviewed Ron Paul and presented him with the Health Keepers Health Freedom Leadership Award: http://www.youtube.com/watch?v=JPfuJ6VHI9A

Liam Scheff returns as we prepare to travel to the Health Freedom Expo. We’ll start by discussing Bill Gates’ desire to wire-less the world. If only poor Africans had broadband! 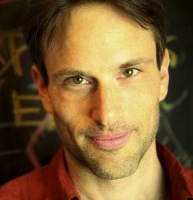 Did you know that in Kenya, anyone could know whether you tested “positive” for “HIV?” Recently, Rush Limbaugh got onboard the “let’s get out of Afghanistan” train, but why, and what does it have to do with US occupation apologies? On another front, the war shows no signs of abating. Which war? The Drug war. We go back to 1988 to visit the Morton Downey Jr Show, when Ron Paul was a guest and showed just how far ahead of his time he was!

Coming to a police precinct near you – DNA extractions without a warrant… http://www.naturalnews.com/035092_DNA_arrest_warrant.html

If only mobile broadband were available in Africa. What are the globalists up to now? Bill Gates wants to track every birth by cell phone so no child is left unvaccinated… http://www.cnn.com/2012/02/27/opinion/technology-toure-africa-mobile/index.html

Weight affected by some medications Weight gain or loss may not always be caused by diet and exercise; it could be affected by medications, a U.S. pharmacist said. http://www.upi.com/Health_News/2012/02/26/Weight-affected-by-some-medications/UPI-57791330287159/

Rush Limbaugh wants to get out of Afghanistan? http://www.dailypaul.com/216831/breaking-limbaugh-says-get-the-hell-out-of-afghanistan

Ron Paul on The Morton Downey Jr Show from 1988 on the drug war and more… http://dailycaller.com/2011/12/21/from-1988-an-animated-ron-paul-defends-opposition-to-drugs-laws-cold-war/

In case you missed my broadcast from Sunday (02/26/12) http://www.robertscottbell.com/?p=5756 on GCN from this past Sunday, with Dr. Leonard Coldwell on the Only Answer to Cancer, Stuart Tomc EFA’s Heart, Skin, Hair, Nails, Raw Milk Atrocities and More, you can still listen to it here: http://www.gcnlive.com/programs/robertScottBell/archives.php