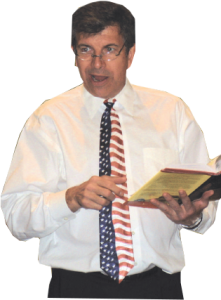 Michael Badnarik, constitutional scholar and author of Good To Be King, is back to reveal his latest book, “The Secret of Sovereignty – How to Survive the Second American Revolution!” This one is so hot it may be banned before it can be fully published! Following his Constitution classes, the most common question he is asked: “Yes, but how do I do it?” Do what, you may ask? That’s exactly why he’s back! http://www.constitutionpreservation.org/content/home-page-headline and download chapter 1 of Secret to Sovereignty for free! http://www.constitutionpreservation.org/sites/default/files/files-misc/Secret_to_Sovereignty_teaser.pdf

Ronnie McMullen is back to discuss two of my favorite topics: structured water and detoxification. Structured water is unpolluted water in nature. If you take a gallon or ten gallons of water and pour it in a mountain stream at the top of the mountain and then collect it at the bottom, the water is structured. Structured water is free of memory. It has a balanced pH. The main contingent of structured water is life force energy, and that life force energy comes down to the water molecule itself. The water molecule has the power, the individual mandate to protect life, and that is to protect it from the things that are adverse to life and to generously provide the things that are good for life. You want to accelerate gentle, yet powerful detoxification? Add in some Life Change Tea before the New Year! http://structuredwatertechnologies.com/ and http://structuredwatertechnologies.com/proof.htm and http://www.getthetea.com/about_dr.htm and http://www.ronniemcmullenshow.com/ Call (435) 773-7473 with your questions or to place an order. This month, with each unit you get, receive one free month of Lie Change Tea! http://www.getthetea.com/

Supreme Court Takes Up Question of Gene Research The Supreme Court announced on Friday that it would decide whether human genes may be patented, setting out to tackle the legal question if isolated genes are “human-made inventions” or “products of nature.”

Geithner predicts Republicans will accept higher tax rates  Treasury Secretary Timothy Geithner pressed Republicans to offer a plan to increase revenues and cut government spending, and predicted they would agree to raise tax rates on the wealthiest to secure a deal by year-end to avoid the “fiscal cliff.”

Psychiatrists OK vast changes to diagnosis manual For the first time in almost two decades the nation’s psychiatrists are changing the guidebook they use to diagnose mental disorders. Among the most controversial proposed changes: Dropping certain familiar terms like Asperger’s disorder and dyslexia and calling frequent, severe temper tantrums a mental illness.

Mental Illness Affects 1 in 5 U.S. Adults, Survey Finds The rate is twice as high among people aged 18 to 25 than among those over 50, report indicates

TSA claims Congress has no jurisdiction over it; refuses to attend hearings When officials who head up a federal agency created and funded by Congress no longer feel obligated to appear before the congressional committee charged with overseeing the function of that agency, a situation of genuine tyranny exists.

The Government Can Still Black Bag Any American The Senate passed the much ballyhooed Feinstein-Lee amendment, which supposedly partially nullifies the provision in the National Defense Authorization Act (NDAA) allowing for Americans to be kidnapped by the government and disappeared without any charge or due process. Senator Rand Paul put out a press release declaring victory. But as Congressman Justin Amash points out, the wording of the amendment effectively codifies tyranny

Beyond The Phantom Of Terror: Five Real Ways America Is Under Attack

Judy Erwin returns with the powerful message that “there is always HOPE & always a way to help the body to heal itself!” The Rife frequencies are a very powerful tool to give the body the help it needs to heal. Recent research shows that viruses, bacterium, parasites and other pathogens are sensitive to a specific “frequency” and can be eliminated by applying that same frequency until the microbes “disintegrate.” This “electronic antimicrobial system” is rapid, painless and FREE of Side Effects. It’s like plugging in an immune system. There are literally 10,000s of reported accounts by individuals, who have used this electronic therapy successfully to experiment on arthritis, Candida, LYME, infections, herpes, depression, Pain, kidney insufficiency, lupus, fibromyalgia, chronic fatigue, liver congestion & other health conditions. Millions of Americans, frustrated with the current health care crisis, are seeking alternative therapies and in the process, are re-discovering Rife’s profound sound frequency technology. 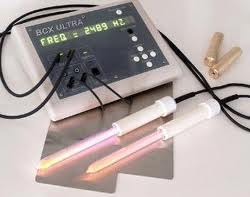 Janet Jackson: Testing is key Last year on December 1 — World AIDS Day — President Barack Obama said that creating an “AIDS-free generation” around the world was finally within our grasp. This World AIDS Day, let’s help him achieve that goal. And let’s start in the United States.

Cops arrest man at Christmas parade for telling children Santa isn’t real The annual Santa Claus parade in Kingston, Ontario, does not normally feature any type of Grinch character. But the Canadian town’s longtime tradition was obstructed by one this year, who decided to go around telling all the young children in attendance that Santa Claus isn’t real

Rats May Also Feel ‘Placebo Effect,’ Study Suggests Animals that expected pain relief got it from an injection of salt water, researchers say

Pollen husks deliver vaccines to the gut Pollen grains–the frustrating cause of sneezing, runny noses and itchy eyes in those with hay fever–could prove an effective method for delivering oral vaccines.