Thursday on The Robert Scott Bell Show 3-5PM EST: Michael Boldin from the Tenth Amendment Center reveals the campaign to Nullify the NSA! Liam Scheff returns with more critical Fukushima radiation updates! Also, what did Obama say today? What re the latest fear tactics driving your arms into the needles of Big Pharma flu nonsense? Did you hear about Kevin Trudeau being found guilty for misrepresenting a weight loss diet in his book? Have we really lost the battle of diabetes on planet earth? Obesity? Call 1-866-939-2355 with your questions or comments. Listen in at www.NaturalNewsRadio.com.

On Tuesday, the Tenth Amendment Center joined with a wide-ranging coalition of organizations to officially launch a campaign to stop NSA spying. The OffNow campaign will focus on state and local efforts to undermine the NSA’s ability to unconstitutionally monitor phone calls, emails and other private data. The first phase of OffNow’s multi-step strategy features state legislation that will address NSA spying in four different ways. We’ll talk about those 4 ways and more with Michael Boldin from the Tenth Amendment Center.

Liam Scheff returns from the lecture with Standard Enzymes with a dose of reality about the Fukushima nightmare, and plans (if we can think seriously) for our re-localized future. Hannah Spector, Ph.D., 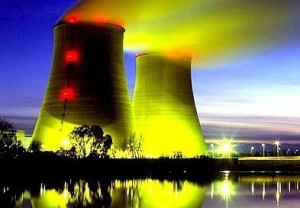 Assistant Professor of Education at Penn State (Harrisburg), Transnational Curriculum Inquiry, 2012: […] One of the problems we face with radioactive fallout from Fukushima is the lack of information coming from “experts.” Indeed, there has been a global media blackout, a “deadly silence on Fukushima” (Norris, 2011) […] science still does not have the technological or methodological understanding to clean up the disaster (Magwood, 2012) which has leaked into the Pacific Ocean and spread throughout the northern hemisphere by way of wind and rain. This invisible truth is so incomprehensible that it is easier to pretend it doesn’t exist. […] The novelty of Fukushima is worth noting. A new and improved version of the original atomic plague is spreading across the planet through earth, air, fire, and water – yet it cannot be seen, heard, tasted, smelled, or touched. It has become

part of the atmosphere. […] Where to run? Where to hide? What to do? At the same time, official reports have denied the extent of this boundary-transgressing catastrophe in both overt and covert ways. One year after Fukushima began, National Public Radio reported that “trauma, not radiation is [the] key concern in Japan” (Harris, 2012). […] focusing upon trauma as being more worrisome than possible effects of radiation contamination deflects from the crime that created the trauma to begin with, a crime that will last days, decades, and millennia into the future depending on what type of radionuclide we are talking about. […]

The Robert Scott Bell Show will be LIVE at the Wind Horse Theater in Eustis, Florida, Friday, November 22 from 7:00 to 8:30 PM EDT. Hope to see you there!