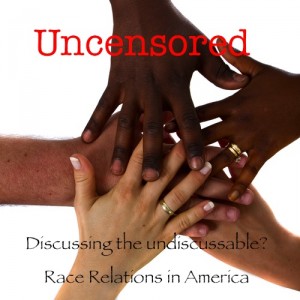 Radio’s Richard Pearl (“Pearls of Health”) joins RSB and Liam Scheff for some roundtable discourse that breaks the rules of public discussion! We talk race, class, black and white, money and power, Obama, the presidency, and the history and inheritance of slavery. Should “black folk” just ‘get over it,’ and buy into the American system of shopping and spending? Should reparations for slavery be paid? If so, how? If not, why not? Are there truly ‘racial’ differences between people, or do people just embrace superficial differences and create tribal identities around them? Can we all just get along, and will the Federal Government provide the solutions? Yeah, right. There is no intent to offend, but there are not enough open and frank discussions about issues surrounding subdivisions within the human race. We look under the rug and see if we can find the things that no one else wants to talk about. You might not want to listen…

Threats to dietary supplements are ever present. The Alliance for Natural Health reveals what they could not from last year. Could you get 10 years in jail for selling a supplement the FDA says is “adulterated?” http://www.anh-usa.org/threat-to-supplements-we-couldnt-tell-you-about-last-year/

Drug dealers are tapping seniors for FDA-approved drug sales! Is this the solution to the collapse of Social Security, Medicare and Medicaid? http://www.abc6onyourside.com/shared/newsroom/top_stories/videos/wsyx_vid_13768.shtml

“Nursing home scandal exposed: Lost generation of senior citizens being hospitalized for profit” Maybe they could take o cut from the seniors now dealing drugs instead of sending the helpless ones to hospitals for triple the profit… http://www.naturalnews.com/033770_nursing_homes_profits.html#ixzz1a0jZy886

There’s a new Black Death (reference to the Bubonic Plague) in the 21st century! What could it be? A strange new alien microbe? No. It’s S-T-R-E-S-S. Maybe the CDC will promote a vaccine for it? http://www.dailymail.co.uk/health/article-2045309/Stress-Top-cause-workplace-sickness-dubbed-Black-Death-21st-century.html

What’s the newest communicable disease? One study says that it may be Alzheimer’s! RSB reveals why he thinks this is bunk… http://www.foxnews.com/health/2011/10/04/can-catch-alzheimers-disease/?utm_source=feedburner&utm_medium=feed&utm_campaign=Feed%3A+foxnews%2Fhealth+%28Internal+-+Health+-+Text%29

Are you occupying Wall Street? This video shows that at least one person really gets who the real criminals are. I hope the rest of them are listening. (Warning: Adult language)… http://www.youtube.com/watch?v=Pd46-X6dUBQ

Ron Paul raises $8 million in the second quarter of 2011, with over 100,000 individual donors – 5 times as many as slick Rick Perry! “If you get $8 million, half as much, and you get it from small individual donors who are fervently engaged in campaigning for you, that’s a lot different than getting money that more than likely might have come, for the other candidates, from special interests,” Paul said at a luncheon at the National Press Club. “All donors are not equal. I will take my small donations, with the enthusiasm of the people who send me the money.” http://www.youtube.com/watch?v=Pd46-X6dUBQ and http://www.latimes.com/news/politics/la-pn-paul-reports-8-million–20111005,0,4085110.story?track=rss

Have you been to WellnessCenter.net yet? This is the place for hormone rejuvenation! Call 800-219-1261 for more information or to get Dr. Theresa Dale’s book on how to revitalize your hormones… http://www.wellnesscenter.net/