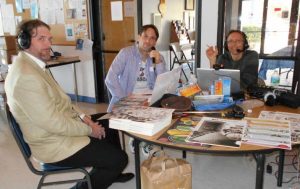 Welcome friends. This is a place of healing, where we believe the power to heal is yours!  Part of healing, is honoring your emotions, and today, Robert, Super Don, and several of their friends and colleagues are still grieving the loss of a close friend, journalist, and advocate for truth, Liam Scheff.

Today we are joined in sharing stories, and some of Liam’s most noted work by,

Richard Pearl: A radio host in his own right, purveyor of health-foods and supplements in South

Florida, and friend to Liam, we appreciate Richard’s remembrances.

One of Liam’s most widely circulated articles was

The Story That Almost Brought Down The HIV Murderers

When Christine Maggiore tested HIV-positive in 1992, her doctor told her to get ready to die. But she wasn’t interested in dying.

Maggiore was told that the AIDS drugs would make her sick, so she skipped them, instead relying on natural methods to support her health. A year and a half later, she was so healthy that her doctor said there was something wrong and she should retest.

She did retest, several times. The tests came back negative, indeterminate and positive. Maggiore investigated the medical literature and found what was recounted above: HIV tests are highly inaccurate. She also discovered that there are gaping flaws in the HIV hypothesis itself.

Believing that this is the sort of thing people should know, she founded Alive & Well AIDS Alternatives, a resource for people who, like herself, want to make fully informed decisions about their health.

REQUIEM FOR A TEACHER

sweet words for Liam on her FB page.

I have no words right now, only grief and tears. I will post as soon as I am able. My best friend and one of the greatest gifts of my life……oh how I miss you already.

Opioids overuse is the “worst man-made epidemic in modern medical history,” a leading expert on workers’ compensation told Canadian physicians Wednesday, urging them to take tough and immediate action to address the problem.

Dr. Gary Franklin, medical director of the Washington State Department of Labor and Industries, said two people an hour are dying of opioids misuse in the United States, and, proportionally, the problem is likely as bad, if not worse, in Canada.

“We are creating a lost generation of people whose lives are ruined by opioids,” he told the annual meeting of the Canadian Medical Protective Association in Vancouver. The CMPA is a “mutual defence association” that insures Canadian doctors. 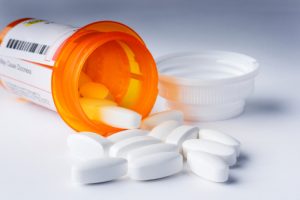 When it comes to treating a serious illness, two brains are better than one. A new study finds that nearly 9 in 10 people who go for a second opinion after seeing a doctor are likely to leave with a refined or new diagnosis from what they were first told.  Researchers at the Mayo Clinic examined 286 patient records of individuals who had decided to consult a second opinion, hoping to determine whether being referred to a second specialist impacted one’s likelihood of receiving an accurate diagnosis.

Amidst growing fear-based propaganda warning of the threat of Zika virus comes a quiet admission from health officials in Brazil: Zika alone may not be responsible for the rise in birth defects that plagued parts of the country.