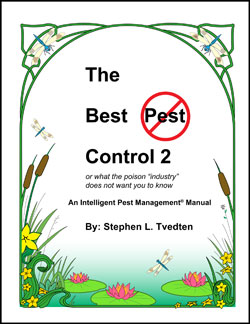 Was James Holmes Creating His Own Psychiatric “Designer” Drug? This guy never showed any signs of being unhinged until a few months before the shooting. Chances are he was on some sort of prescription medication in the months leading up to the shooting. Drugs like Ambien, the SSRI‘s and the tricyclic anti depressants are known to cause suicidal and homicidal behavior. There is ample evidence that psychotropic prescription drugs have horrible side effects.

Mom’s HIV Drugs May Pass to Baby in Womb, Breast-Feeding Babies born to HIV-positive women taking antiretroviral drugs to fight the disease may become exposed to the drugs in the womb and during breast-feeding, new research shows.

Western fast food tied to heart risks in Asia Even relatively clean-living Singaporeans who regularly eat burgers, fries and other staples of U.S.-style fast food are at raised risk of diabetes and significantly more likely than peers to die of heart disease, according to a new study.

CDC: Whooping cough rising at alarming rate in US The U.S. appears headed for its worst year for whooping cough in more than five decades, with the number of cases rising at an epidemic rate that experts say may reflect a problem with the effectiveness of the vaccine.

Monkey Study Suggests Long-Term Use of ADHD Drugs Safe Long-term use of drugs to treat attention-deficit hyperactivity disorder (ADHD) does not affect brain development or increase the risk of drug abuse, according to a study conducted in monkeys.

Alcohol – not marijuana – is the gateway drug, study shows For years Americans have been told that marijuana should remain illegal because it is the ultimate “gateway” drug – that is, the drug that most often leads to the abuse of other, more potent drugs. Not so, according to a new study which says alcohol – not marijuana

Mercury-Packed CFL Bulbs Now Found to Fry Your Skin Individuals are drawn into compact fluorescent bulbs due to their environmentally-friendly label, but anyone who has really looked into these incandescent alternatives knows of the numerous health and environmental dangers of CFL bulbs. A recent study sheds light on just one such concern associated with the ‘green’ CFL bulbs, showing how they are capable of actually frying your skin with UVA radiation.

Serious side effects more likely in new cancer drugs Many new cancer drugs may come at a price – including a higher risk of diarrhea, skin problems and high blood pressure, according to an analysis of studies used to get those medications approved.

Vaccines Causing Superbugs? One of the best kept secrets in the vaccine industry appears to be a repeat performance of the creation of Superbugs. By now, almost everyone is aware MRSA was created by the overuse of antibiotics. Apparently, the same thing is happening due to widespread use of vaccines. Basic science states viruses and bacteria have but one purpose – to survive. Pharmaceutical manufacturers seem to have ignored this concept. Not one FDA approved vaccine on the market has been tested for mutagenicity – the ability of a virus or bacteria used in vaccines to mutate and/or evolve.

“We’ve developed a vaccine where we genetically modify the liver to produce an antibody against nicotine… The antibodies [float] around the blood like little Pac-Man [cells] that like nicotine. If you smoke and the nicotine passes across the lung, the idea is that these little anti-nicotine Pac-Man [cells] will gobble it up and prevent it from reaching the brain.” http://www.wallstreetdaily.com/2012/07/18/video-nicotine-vaccine-is-philip-morris-worst-nightmare/