Will Obama-care be found unconstitutional by the Supreme Court? We’ll hear from Ron Paul as he discussed the fallacy of “free” healthcare with Piers Morgan on CNN recently. RSB plans to cover the controversies muddying the discussion of what to do to solve the so-called health care crisis in America. Plus, what are the Top 10 strange and quirky aspects of Obama-care that you might miss if it’s overturned? Will you stand for health freedom? It might be advisable, because science recently revealed that sitting down for 11 hours or more a day might be hazardous to your life. Really? Becoming one with your chair may not be the path to enlightenment, even if you exercise a bit. You could always travel to Michigan and take part in the government slaughter of pigs with dark hair. Does Big Food own the Michigan legislature? We’ll discuss pig-ocide and what’s really behind it! Also, what’s the Super Don update regarding his dad? Are hospitals about healing or about which one has the highest prescription rates? One thing is for sure – there is no drug shortage in allopathic medical centers. In medicine, the only shortage is common sense. Evidence? Statin drugs…

Then Liam Scheff joins RSB to talk about everything from the future ruins of Wall Street, to strange and obscure theories about the origin of the universe. You simply must tune in for this one. http://liamscheff.com/astronomy/

Can we figure out why dinosaurs can’t live in today’s gravity? Can we ponder as to why NYC skyscrapers do not just fall down, and certainly do not just blow up? And will Liam’s feelings about non-discriminatory carnivorism get him in trouble with the ASPCA? http://liamscheff.com/the-hiv-aids-investigation/ 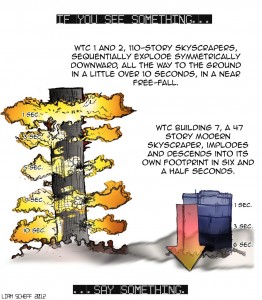 Liam and RSB then dare to drop into the 9/11 rabbit hole and wonder at John Lear, ex-CIA pilot and scion of the Lear Jet family, who filed a legal affidavit about the improbability or impossibility of large 767s flying at close to 500 miles per hour at low altitude. Liam talks about Global Hawks – no, it’s not just a bird of prey anymore.

Box cutters? http://www.edwardjayepstein.com/nether_fictoid9.htm http://www.airforce-technology.com/Projects/rq4-global-hawk-uav/ You want to know why the official story of 9/11 is beyond science fiction? We’ll reveal it today!

Also, here’s the link to a rap video about Liam’s investigative story of pharmaceutical abuse of orphans with AIDS drugs at the ICC in NYC… http://liamscheff.com/2012/03/guinea-pig-kids-video-featuring-rapper-topic/

Other stories we may cover on The RSB Show today:

Did you see Ron Paul on CNN’s Piers Morgan talking health care and the race for the presidential nomination? http://www.dailypaul.com/223183/tonight-9-pmdr-paul-on-piers-morgan and http://www.youtube.com/watch?v=qlBZQ_UYius&feature=player_embedded

Be careful not to sit down too long everyday. Something very bad could happen within 3 years! http://news.yahoo.com/too-much-sitting-kill-study-suggests-200408243.html

Even liberal reporter Jeffrey Toobin thinks Obama-care may be going down with the Supreme Court… http://www.huffingtonpost.com/2012/03/27/obamacare-trial-jeffrey-toobin_n_1382914.html?ref=politics&ir=Politics

Initial indications may indicate that Obama-care is in trouble… http://www.foxnews.com/politics/2012/03/27/swing-justice-poses-tough-questions-on-obamacare-at-supreme-court-hearing/

Here are the Top 10 things you may or may not miss should Obama-care be found unconstitutional… http://www.cnn.com/2012/03/26/health/health-reform-fun-facts/index.html?eref=rss_health&utm_source=feedburner&utm_medium=feed&utm_campaign=Feed%3A+rss%2Fcnn_health+%28RSS%3A+Health%29

If Obama-care goes down, what else might the government force you to purchase? http://www.naturalnews.com/035384_Obamacare_Supreme_Court_insurance.html

FDA adds memory loss and diabetes to its growing list of warnings to accompany cholesterol-lowering medications. Does your doctor malpractice? He does if he prescribes statins! http://news.yahoo.com/fda-adds-diabetes-memory-loss-warnings-statins-185559690.html

Michigan state government has gone insane with its plans for pigocide! http://www.naturalnews.com/035372_Michigan_pigs_farm_freedom.html

The Fed is using your money to prop up European central banks! Aren’t you glad that your paying your fair share to keep the Eurozone afloat? http://www.zerohedge.com/news/its-official-fed-now-buying-european-government-bonds

Michigan Militia cleared of charges that they were plotting against the government! Ironically, this may be a bigger blow to the government than a “real” explosion, as their war on domestic terror is proven to be more hoax than real… http://www.washingtonpost.com/national/key-charges-dismissed-against-michigan-militia-members-charged-with-plotting-war-on-government/2012/03/27/gIQAfUYVeS_story.html