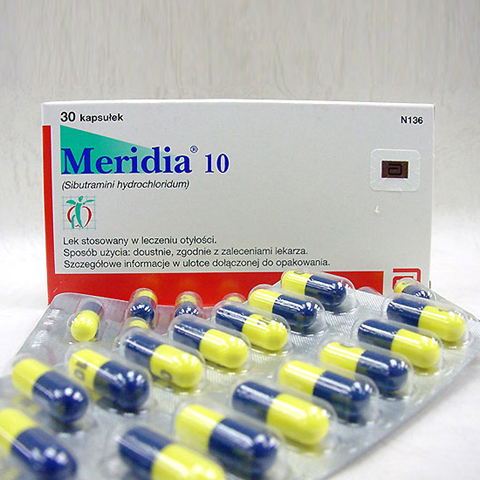 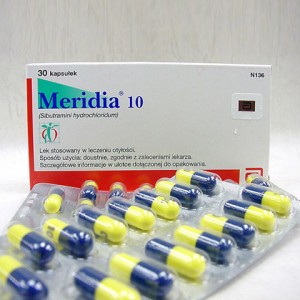 The obesity drug Meridia has been withdrawn from the U.S. market because of an increased risk of heart attack and stroke, federal health officials said Friday.

Pharmaceutical giant Abbott Laboratories voluntarily agreed to pull the drug after a U.S. Food and Drug Administration review of data that showed a 16 percent increased risk for heart attack, stroke and death among people taking Meridia (sibutramine), compared with those taking a placebo.

Earlier Friday, Health Canada, the nation’s health department, said Abbott would voluntarily pull the drug from the market there.

“FDA requested this withdrawal after concluding that the continued availability of this product is not justified since patients taking the drug are at an increased risk of suffering a heart attack or stroke,” Dr. John Jenkins, director of the Office of New Drugs in FDA’s Center for Drug Evaluation and Research, said during an afternoon news conference.

Besides finding an increased risk of heart attack and stroke, the review trial, called the Sibutramine Cardiovascular Outcomes Trial (SCOUT), found only a small difference in weight loss among those taking the drug and those receiving a placebo, agency officials said.

Jenkins advised those taking Meridia, which is a stimulant, to discuss with their doctor other ways to lose weight.

Currently, about 100,000 people in the United States take Meridia, Dr. Gerald Dal Pan, director of FDA’s Office of Surveillance and Epidemiology, noted at the news briefing.

In a news release, Abbott said the company “believes sibutramine has a positive risk/benefit profile in the approved patient population, but will comply with the FDA’s request.”

The FDA approved Meridia in November 1997 for weight loss and maintenance of weight loss in obese people, and in overweight people with other risks for heart disease.

The agency’s approval was based on studies showing that about twice as many people taking Meridia lost at least 5 percent of their body weight compared with people taking a placebo who used diet and exercise alone to lose weight, Jenkins said.

The European Medicines Agency required Abbott to undertake the post-approval SCOUT trial, and in January that agency banned all anti-obesity drugs containing sibutramine.

The capsules can cause the same cardiovascular problems as Meridia, the FDA said. Slimming Beauty is sold over the Internet by Beautiful Health Inc.

Click here to read the full report from Health Day.