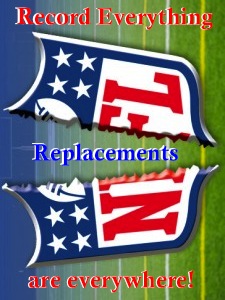 Whether you love pro football or hate it, follow the logic here.  We have some important evidence in front of us on a crucial issue.

Rarely, if ever, in life do we see a corrupt public institution get its comeuppance.

The FDA?  The GMO-loving USDA?  The New York Times?  Well, the Times is sinking itself.  It’s refinanced its deep, deep debt and is staggering like a drunk in an alley at 3am after the bars have closed.

But no matter how many scandalous truths emerge about, say, the FDA, who’ve never met a toxic drug they don’t like, the Agency keeps on ticking.  And the CIA?  Forget it.  Whether it’s dealing drugs or overthrowing heads of state, their Teflon makes Ronald Reagan’s Teflon look like porcupine needles.

Even though it’s legal for citizens to record the police in action, there have been problems.  Cops have acted quite aggressively toward citizen journalists.  For some strange reason, cops don’t like people posting videos of them.  It’s a complete mystery, isn’t it?

Well, we’re in quite exciting times in the National Football League.  They have their own cops.  They’re called referees.  The real ones, who make about two bucks a game in a multi-billion-dollar industry, are presently on strike.  They want an extra nickel a game.

The NFL doesn’t want to pay them.  It’s a control issue.  The NFL head office is big on control.  Peter King, pro football’s premier reporter, states that the NFL could settle the strike by agreeing to pay the refs, collectively, an extra $3 million a year.  Which would be like David Rockefeller leaving an extra buck on the table after a meal.

Meanwhile, the NFL has hired replacement refs to handle games.  These guys come from minor-league college districts.  They can’t deal with the speed of the pro game.  They make egregious errors every few plays.  It’s a total mess.

Monday night, with the Green Bay Packers going up against the Seattle Seahawks, the whole thing went over the top.  With a few seconds left, Seattle’s rookie quarterback, Russell Wilson, heaved a hail-Mary into the endzone, where it was intercepted by a Green Bay defensive back.  End of game.  Nice try.  Green bay wins.

But wait!  Unbelievably, the refs decide Golden Tate, a Seattle receiver, caught the ball.  Touchdown!  Seattle wins!  What??!!??  No way!!!

This insanity was on national television.  It was on global television.  More people were watching this than, perhaps, all the network news of the last five years.

Get it?  This was cops (referees) being taped.  This was cops being taped for the world to see.  This was one giant cell phone at a bust on a street corner where the cops obviously arrested the victim instead of the perp.  This was cops busting an old lady for growing vegetables in her front yard, busting a guy for collecting rainwater on his own property.  With a few zillion people watching.  Live.

Today, the NFL is floundering, big-time, for refusing to give their striking refs a few dollars more.

NFL football players are tweeting their heads off.  TV commentators are expressing outrage.  The “integrity of the game” has been besmirched.  No one can trust the outcome.  It’s a joke.

Vegas is scrambling to adjust point-spreads to factor in “crazy ref decisions.”  NFL Commissioner Roger Goodell is sweating bullets.  Not only is his game on the ropes, but an allied billion-dollar enterprise (football betting) is endangered.  The referee-factor makes point spreads melt into unpredictable marshmallow shapes.

It’s a beautiful thing.  The NFL is getting exactly what it deserves.

This should encourage citizens who tape cops to step up their efforts.  If the practice spreads far enough, we could see something like what the NFL is experiencing.

In our vast surveillance state, they’re taping us.  So by all rights, we should turn the tables.

But let’s not stop with the police.  Let’s see dissident FDA and FBI and CIA and NSA and AMA and CDC employees, who’ve had it with their terminally corrupt colleagues, covertly tape meetings in conference rooms and post the vids online.  Why not?

Ever since the American Republic went down the drain, our officials and politicians have been replacement refs, haven’t they?

Actually, they’re much worse than replacement refs, who are simply trying to do a job for which they’re not qualified.  In the political arena, the substitutes have been venal and vicious on purpose.

Last night after the game, Steve Young, ESPN analyst and Hall of Fame quarterback, gave a little speech that, in another venue, could have been uttered by James Madison.  Young said that he and many other players had built the NFL game with great effort, and now he was watching it go down the tubes.

Citizen journalists, arise!  Step up the pace!  Tape all the replacement refs!  Expose the corruption!

There are hail-Marys out there, just waiting to be broadcast for the enlightenment of all of us.