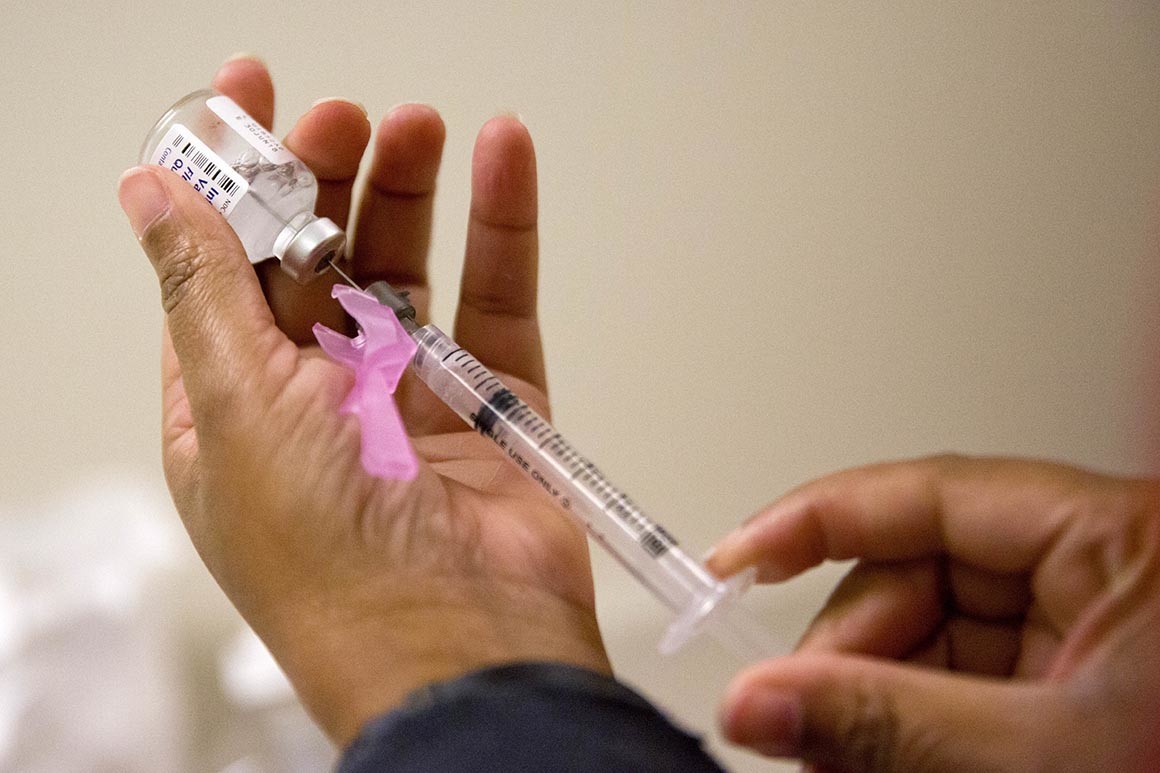 Exclusive: Trump to order drive for improved flu vaccine President Donald Trump is readying an executive order that would direct HHS to overhaul the development of flu vaccine and encourage more Americans to get vaccinated, say nine people with knowledge of the plan and according to internal documents reviewed by POLITICO. The move represents a significant reversal from a president who spent years attacking the safety of vaccines prior to taking office. However, it would largely codify work that’s already underway at HHS, and budget officials and Congress have yet to sign off on additional funding, said four individuals with knowledge of the strategy.  Trump would direct the health department to develop an alternative to seasonal flu vaccines, which are largely produced overseas and grown in hen’s eggs. Research in this direction has been funded through HHS and the Biomedical Advanced Research and Development Authority for the past decade. 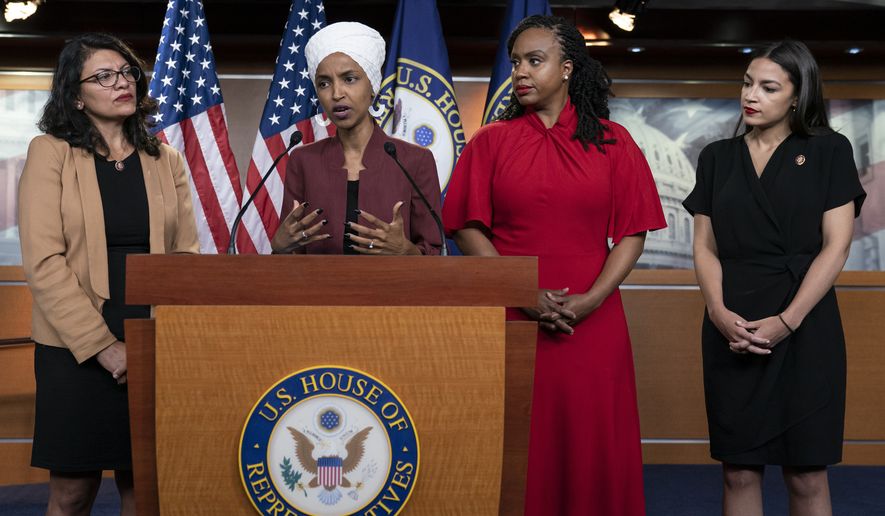 America as ‘garbage’: Trump lets Squad’s ‘horrible’ words speak for themselves The four far-left congresswomen known as “The Squad” have repeatedly raised eyebrows since bursting onto the political scene with descriptions of America as “garbage,” anti-Semitic tweets and odd musings on the “calming” effect of the Holocaust. For months, the freshmen have rattled fellow Democrats and clashed with party leaders by hurling charges of racism and blaming the U.S. for provoking terrorism. That was, of course, before President Trump tweeted that they could “go back and help fix the totally broken and crime infested places from which they came,” spurring every House Democrat to rally around the foursome and denounce the president as a racist. Mr. Trump brushed aside the criticism and dismissed the House resolution passed on a mostly party-line vote that condemned his tweet. He said he was responding to the hate for America spewed by Reps. Alexandria Ocasio-Cortez of New York, Ilhan Omar of Minnesota, Rashida Tlaib of Michigan and Ayanna Pressley of Massachusetts — aka The Squad. 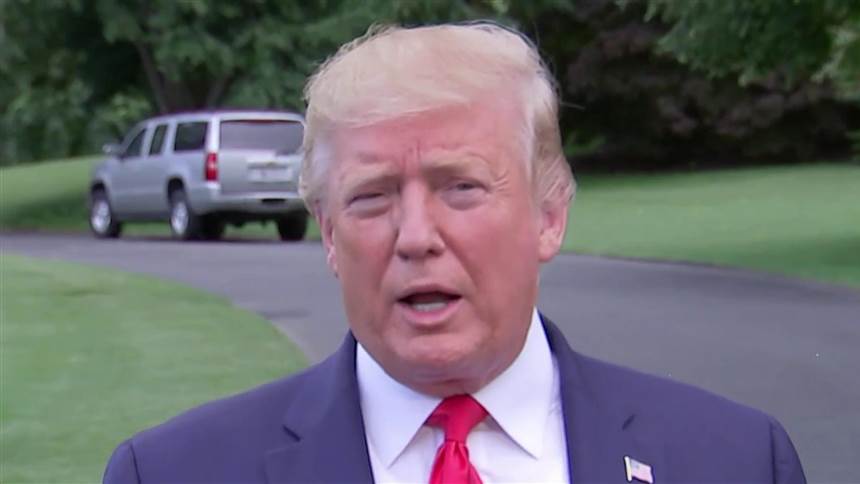 In lopsided vote, House kills effort to impeach Trump The House voted on Wednesday to table a resolution from Rep. Al Green, D-Texas, to impeach President Donald Trump over racist comments he made about four Democratic congresswomen of color, effectively killing the measure. The vote — 332 to 95, with one lawmaker voting “present” — marked the first time the Democratic-controlled chamber had weighed in on impeachment, an issue that has created a widening schism within the party. Progressive newcomers and several 2020 candidates have pushed for impeachment proceedings, but the House leadership, including Speaker Nancy Pelosi, has been resistant. All Republicans joined with 137 Democrats and the lone independent, Justin Amash, to table the resolution. Judiciary Committee Chairman Jerrold Nadler, D-N.Y., voted against killing the resolution, which his spokesperson said was because Nadler believed the House should have first sent it to his committee for consideration. 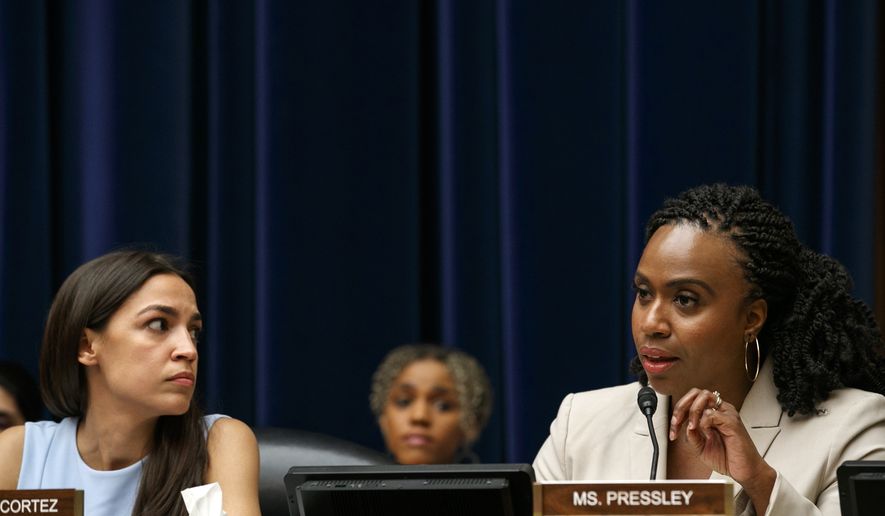 Racism alert: 32% Democrats say white pols can’t criticize blacks In what has to be one of the most interesting polls of the day, Rasmussen Reports finds that “one-in-three Democrats think it’s racism any time a white politician criticizes a politician of color.” Think what that means. White politicians can’t say a word against black politicians, Hispanic politicians, Asian politicians — any politician with a skin color that deviates from white — without being accused of racism, according to about a third of Democrats. Without being guilty of being racist, that is. That’s just crazy. That’s just speech-stifling, freedom-chilling crazy. The actual survey question went like this: “Is it racist for a white politician to criticize the political views of a politician of color?” And in a national survey of 1,000 U.S. likely voters, conducted between July 15 and July 16, and with a margin of error of plus/minus three percentage points, “32% of Democrats” say yes, according to Rasmussen. 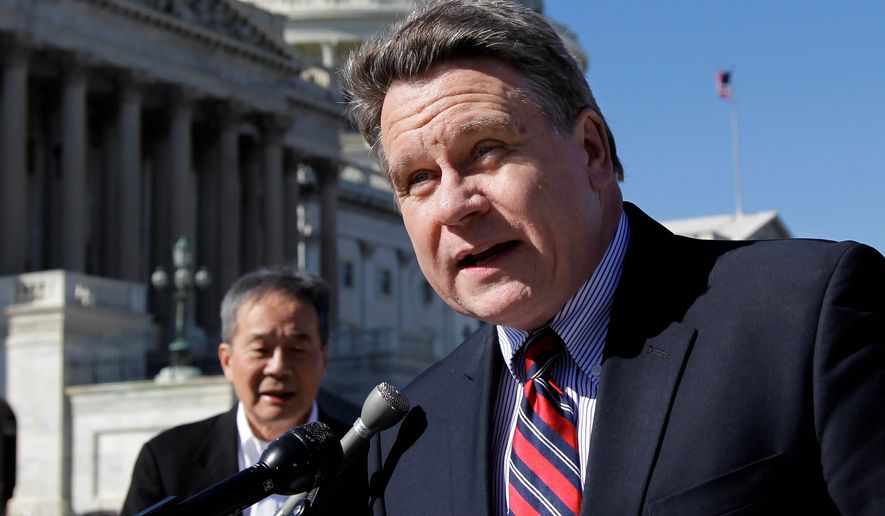 Pentagon’s weaponized ticks wouldn’t be worst military secret A Republican in Congress, Rep. Christopher Smith from New Jersey, successfully added an amendment to the 2020 National Defense Authorization Act that would order the Pentagon to admit whether it experimented with ticks and other insects for biological weaponry, and in turn, if those experiments contributed to the massive Lyme disease explosion seen in the United States in recent years. If true — it wouldn’t be the worst secret experimentation conducted by the Department of Defense, or by the U.S. government. It’d just be the latest to come to light. The backstory is this: Smith said he added the amendment after he read “a number of books and articles suggesting that significant research had been done at U.S. government facilities, including Fort Detrick, Maryland, and Plum Island, New York, to turn ticks and other insects into bioweapons,” The Daily Mail reported. One such book?