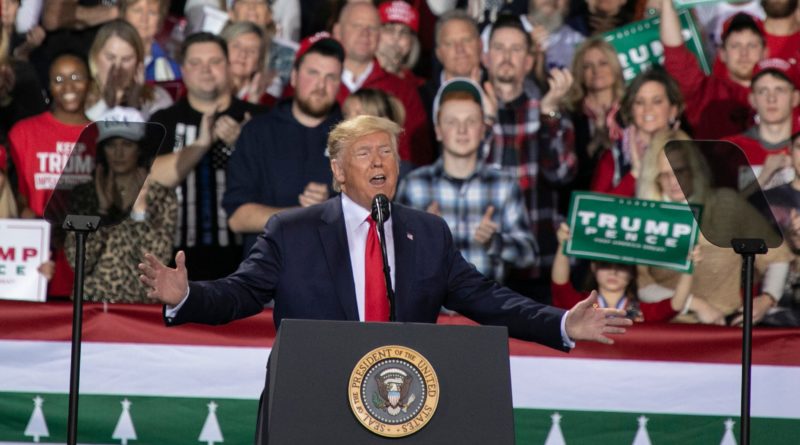 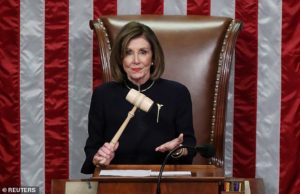 ‘One impeachment, rushed delivery, please!’ Mitch McConnell says Nancy Pelosi ‘failed the country’ and is SCARED to send him ‘slapdash’ impeachment articles as she teases delay for trial leverage and Donald Trump vents about ‘PRESIDENTIAL HARASSMENT’ Nancy Pelosi and Mitch McConnell went to war over the next steps of Donald Trump’s impeachment trial on Thursday as the Speaker slammed him as a ‘rogue leader’ – and he blasted her articles as ‘slapdash’ and ‘unfair’ then raised the prospect of not holding a trial at all. The dispute exploded into the open the morning after Democrats voted to impeach Trump, setting up a Senate trial which is now in itself becoming a constitutional crisis. Pelosi has to ‘transmit’ the articles of impeachment and appoint ‘managers’ to prosecute the president – but offered no timeline on when she would do that, saying she wanted to see the Senate’s plan for a ‘fair trial,’ effectively holding the articles over McConnell and Trump’s heads. The president and the Senate majority leader both blasted Pelosi for refusing to move to the next step, with Trump unleashing a storm of tweets and retweets and venting: ‘PRESIDENTIAL HARASSMENT.’ 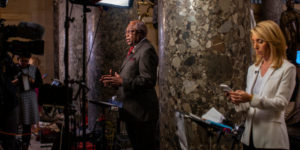 Trump Impeachment Trial in Doubt as a House Leader Suggests Withholding Articles The future of the House’s impeachment case against President Trump hung in doubt on Thursday, after the third-ranking House Democrat raised the possibility that the chamber could permanently withhold the articles from the Senate if it did not get assurances of a fair trial. The morning after the House impeached Mr. Trump nearly along party lines, Representative James E. Clyburn, Democrat of South Carolina, said he was willing to wait “as long as it takes” to transmit the two impeachment articles approved Wednesday night. The House charged Mr. Trump with abuse of power and obstruction of Congress related to his campaign to pressure Ukraine to smear Democratic rivals. “Until we can get some assurances from the majority leader that he is going to allow for a fair and impartial and trial to take place, we would be crazy to walk in there knowing he has set up a kangaroo court,” Mr. Clyburn said Thursday morning on CNN, referring to Senator Mitch McConnell, Republican of Kentucky and the majority leader. 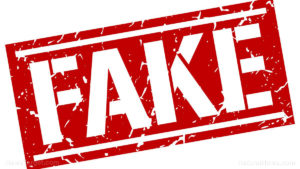 Brutal reality check ahead as media’s three-plus years of fake news and deliberate lies fails with IG report release While the long-awaited 476 page DOJ Inspector General report (embedded here) documented a long laundry list of failures and “mistakes’ on the part of former high level FBI officials during the 2016 presidential campaign season, what it highlighted even more glaringly was the outright incompetence and deliberate pushing of “fake news” by the mainstream media for three-plus years. There is no shortage of partisan analysis regarding the IG report to be found around the Internet, and readers are always encouraged to read the entire list of FBI failures and wrong-doing for themselves, but it is worth mentioning that both the U.S. Attorney, John Durham, that has been tasked with the criminal investigation into the “origins” of the Russia investigation, and Attorney General Bill Barr, both immediately came out publicly to take issue with the IG’s conclusions that the investigation into the Trump campaign was predicated properly. 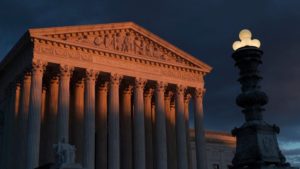 Federal appeals court strikes down ObamaCare rule, setting up Supreme Court showdown A federal appeals court upheld a lower court’s ruling that a key aspect of the ObamaCare law is unconstitutional — setting up another likely Supreme Court showdown in a presidential election year. The 5th Circuit U.S. Court of Appeals by a 2-1 vote concluded the original law’s key funding mechanism known as the individual mandate — requiring most Americans to purchase health insurance or face a tax penalty — was properly eliminated by Congress and therefore the entire law could not be enforced. The appeals panel sent the issue back to the lower court to decide whether other aspects of the Affordable Care Act must fall. The three-judge panel of the 5th U.S. Circuit Court of Appeals in New Orleans agreed with Texas-based U.S. District Judge Reed O’Connor’s finding that the insurance requirement was rendered unconstitutional when, in 2017, Congress eliminated a tax penalty on people without insurance. 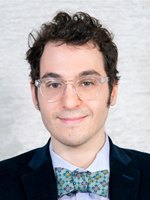 Passionate about natural wellness from a young age, Miles Sarill has always been fascinated by herbalism. While finishing up his Master’s in Experimental Medicine from McGill University, Miles worked as an educator at Cambridge Naturals, a renowned natural health food store in Massachusetts and one of the first to add hemp CBD to their shelves. He now serves as one of CV Sciences’ educators, sharing his passion and expertise on the use of cannabinoids in wellness.

Is PlusCBD Oil Right For You?

PlusCBD™ Oil is a hemp supplement containing cannabidiol, or CBD. While supplements are not intended to treat or cure any specific conditions, CBD is becoming more recognized amongst the medical community as a key supplement to maintain a healthy lifestyle. PlusCBD™ Oil products are infused with CBD, derived from agricultural hemp. Hemp has several benefits: it is nutrient rich, non-psychotoxic, eco-friendly and good for the earth.

The growth of public interest in CBD and CBD Oil products around the world and in the United States is undeniably large. PlusCBD™ Oil continues to gain visibility and prominence as more consumers try CBD products. Many people have described their experience taking PlusCBD™ Oil products as feeling contented, clear-headed and composed. PlusCBD™ Oil is the #1 selling brand (according to SPINS® scan data) of CBD oil products found on the shelves of retailers in North America.

Try CBD so that you can decide for yourself if CBD is right for you.

At Plus CBD Oil, we encourage you to try CBD so that you can decide for yourself if CBD is right for you, as everyone’s CBD experience will be personal and unique. Made from agricultural hemp, PlusCBD™ Oil products are not psychoactive and because of our guarantee of full traceability from Seed To Shelf™, our customers can always trust that PlusCBD™ Oil products will be pure and consistent.

PlusCBD™ Oil supports balance in the body and mind.

Hi I am just wondering with all the vaccines laws what do you suggest we do to protect ourselves from the unconstitutional laws?

Would like to know the name of the 5G device that protects our home against EMF;s
Watching your 3 minute video on a webinar and it froze.
I want to know where to get this round device for a standard home. 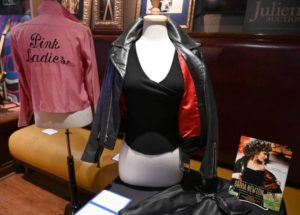 A man bought Olivia Newton-John’s ‘Grease’ jacket for $243,200 and gave it back to her When Olivia Newton-John’s iconic black leather jacket from the movie “Grease” sold for $243,200 last month at a charity auction, the Grammy-winning singer and actress probably thought it was gone for good.But the buyer, who described himself as her number one fan, had other ideas.”This jacket belongs to you and the collective soul of those who love you, those for whom you are the soundtrack of their lives. It should not sit in a billionaire’s closet for country club bragging rights,” the anonymous buyer said in Los Angeles this weekend, in a video posted on Facebook by Julien’s Auctions. “For this reason I humbly and respectfully return it to its rightful owner, which is you.” Olivia Newton-John’s ‘Grease’ ensemble sells for $405,700 — more than double auction estimate. In the video, Newton-John seemed shocked when she realized what was in the bright pink, gift-wrapped box.”Are you serious?” she said before giving the man a huge hug. “That is the sweetest thing.”