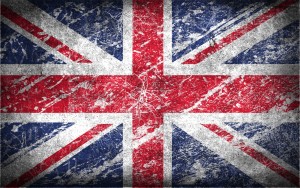 “In the long, long run, the medical cartel is Globalism’s most important component. It pacifies populations through poisons called medicines. And the propaganda wing of the cartel is so successful that citizens, watching the news at night, seeing men in white coats descending from a plane into a Third-World country, ready to treat people suffering from starvation and sewage piped directly into the drinking water, believe this is a humanitarian mission—as if drugs or vaccines could cure starvation.” (The Underground, Jon Rappoport)

How would you assess these outcomes? The drugs failed to prolong life for more than a few months. The drugs were highly toxic and harmed the patients. Prior clinical trials of the drugs showed no appreciable benefits, but the drugs were released for public use anyway.

World pharmacy news reports a stunning study: “Analysis of the drugs that were approved for use by the NHS Cancer Drugs Fund (CDF) in England has shown that the fund was not good value for patients and society and may have resulted in patients suffering unnecessarily from toxic side effects of the drugs.”

“In a study published in the leading cancer journal Annals of Oncology, researchers led by Dr Ajay Aggarwal, academic clinical oncologist at London School of Hygiene & Tropical Medicine (UK), and Professor Richard Sullivan, director of the Institute of Cancer Policy, King’s College London (UK), looked at 29 drugs that had been approved for use through the CDF in January 2015 for 47 specific cancer conditions (or indications).”

“Of these [cancer] indications, only 18 (38%) were based on clinical trials that reported a statistically significant benefit from the drugs in terms of patients’ overall survival; the (median) average overall survival benefit was 3.2 months, ranging from 1.4 months to 15.7 months.”

“When other factors such as quality of life and toxic side effects of the drugs were considered as part of criteria developed by oncologists to measure value to patients, the majority of the drugs failed to show any evidence of meaningful clinical benefit. In fact, the researchers say the benefit to patients in ‘real world’ situations was probably even less than that found in the clinical trials, since clinical trial participants are carefully selected, have fewer other health problems and tend to be younger than patients not included in trials.”

The inferences from this great failure are clear. People in important positions wanted the drugs to be released for public use, regardless of the fact that they were destined to fail, as evidenced by prior clinical trials.

Benefits (profits) for the drug companies outweighed any interest in the welfare of the patients.

The researchers in the project had to keep busy doing something—and if that meant imposing highly toxic drugs on patients, because useful treatments were not forthcoming from the drug companies—so be it.

It adds up to reckless disregard, indifference to human life, and a willingness to torture patients (with the toxic drugs) to squeeze out a few statistically meaningless “survival” numbers on charts.

Those researchers actively leading and participating in the British grand experiment could see the handwriting on the wall (failure to alleviate suffering), but it didn’t matter: to them, the patients weren’t humans.

These are the same arrogant “watchdogs” who condemn natural health treatments as dangerous and irresponsible.