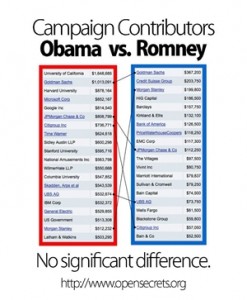 An old professor of mine once told me that the purpose of learning was to “escape.”

He said that insight was the experience which would lead you beyond a system that was trapping your mind.

He gave a very interesting informal lecture to a group of us about the dawning age of science.  He put us at the threshold of the great change, when people began to realize that science was real, that it worked.

“So,” he said, “imagine you’re living then.  You absorb some of this new scientific method, and the more you think about it, the more you see that superstition is a skin you can shed.  It’s quite a discovery.

“You track this new thing called science, you roll it around in your mind, you grasp what the experimental method is, and you suddenly break through.  You reach a new level.  You don’t need all those superstitious habits anymore.  You can look with clearer eyes.

“At that point, you’re awake.  I hope you understand this is the purpose of learning, to make that breakthrough.  That’s why learning is a serious thing.  It’s not just a game.”

Fifteen years later, spurred by several articles on American politics, and some comments from an American original, Karl Hess, I came to one of those threshold moments: If people on the political right moved far enough to the right, they’d see the insanity of big government and its embrace with big corporations.  If people on the left moved far enough to the left, they’d see that big government and its corporate partners were solidly and unalterably against individual freedom.

And then, those people who had gone far enough in their chosen left or right directions “would meet around the back of the barn.”  I believe this was a phrase Karl Hess used.

At that moment, the whole left-right division crumbled in my mind.

To one degree or another, in one way or another, many Americans catch a glimpse or a full-on view of this false political dichotomy.  When they do, they wake up.

Then comes an election season.  Two actors take the stage and run for president.

The veil that was lifted drops again.  The people who woke up go back to sleep.  The freedom of escaping the system now looks dangerous.   “This time,” in this election, the issues are just too important.  Sitting on the sidelines is not an option.  And so on and so forth.

If there were a few hundred thousand citizens packed together at the back of the barn, their ranks quickly thin out.  People flee so they can vote for one of the two actors.

They re-enroll in the system.

“I thought I wanted freedom. But now I realize how foolish that was.”

Here is my image: there are three men on a modest boat at sea.  A lefty, a righty, and a neutral.  Things seem to be going well.  It’s a nice cruise.  The boat keeps slowing down, but not to worry.  It’s still moving, and the weather’s fine.

Then one morning, just after breakfast, the neutral is walking on the deck and he sees…something different.  In a second, he realizes what he’s seeing has been this way since the outset of the trip, only now, for the first time, he’s noticing it.

The lefty is chopping holes in the boat with an ax.  So is the righty.

The neutral begins yelling.  He tries to take the axes out of the hands of these lunatics, but he isn’t strong enough.

Finally, the lefty and the righty stop chopping and come over to him.  They begin talking in reasonable voices.  They tell him that the boat is in danger, yes, but not for the reasons he, the neutral, believes.

No, the lefty is the problem.  No, the righty is the problem.  They tell him there is a very serious debate here, and he, the neutral, has to choose sides, because the survival of all three of them is at stake.  That’s the true situation.

In other words, “for the good of all,” the neutral has to reject what he was just seeing with his own eyes.  There was no chopping.  There were no axes.  Water isn’t pouring into the boat.

Hmm, the neutral thinks.  There are two of them and there is one of me.  They are the majority.  Nothing can change that.  Two against one.

“But the two of them are opposed to each other.  I have to cast the deciding vote.  I have a grave and important responsibility.”

The neutral was awake, but he didn’t wake up.

So he goes back to sleep, and in his haze he listens the arguments of the lefty and the righty.  At first, they sound like gibberish.  He struggles to make sense of them.

Eventually, he figures out why their assertions seem so garbled.  He’s seeing into their true character, and he can separate what they’re saying from their actual intentions.  He can see the deception.  He can watch the words float by like absurd little balloons.

So, accepting his new responsibility, the neutral shuts down that part of his own perception that can assess character.  He turns it off.  Instead, he just concentrates on the words.

That’s better.  Now the words have some degree of meaning.    He can “score” them.  He can put THESE words into THIS category and THOSE words into THAT category.  Better.

Of course, the neutral doesn’t notice that his eyes are closed and he’s snoring.  He doesn’t register that.  As water continues to pour into the boat, he’s hearing the words and he finds them interesting, even intriguing.

He believes he’s getting a grip on what politics are all about.

The whole point of emerging from the hypnotic tunnel of deception is to stay emerged.  That’s called progress.  To go back and hide in same tunnel is counter-productive, to say the least.  It’s self-induced narcosis.

For millenia, what we now call the controlled media have brought populations under their spell and put them into a trance that defines reality.  For the first time in the history of planet, we are seeing new truth-telling media come to the fore in an explosive way.

WE DON’T KNOW WHAT THE OVERALL EFFECT OF WAKING UP WILL BE, BECAUSE IT’S NEVER HAPPENED BEFORE ON THIS SCALE.

One thing is certain.  The old ways of creating positive action, based on the truth, are changing.

It’s up to people everywhere to imagine new ways and implement them.  Imagination is another item which has been put in the deep-freeze for a long time.  It is thawing.

Don’t assume that knowing the truth is paralyzing.  It’s only paralyzing if you can’t invent ways to use it.  Don’t wait around for a message to float out of the clouds.  Don’t say, “But now that I’m awake, what do I do?”  That’s a close cousin to surrender, and it’s a precursor to going back to sleep.

Conceive of innovative ways by which you can effectively take this emerging consciousness/truth/wakefulness and make it work.

This isn’t the old model, where you sit around and hope someone will come up with a really great idea.  This isn’t I’M A VICTIM, TELL ME HOW TO SAVE THE WORLD.  This isn’t any of that crap.

This is going light years beyond watching two phony clowns on television telling you why they should be president.