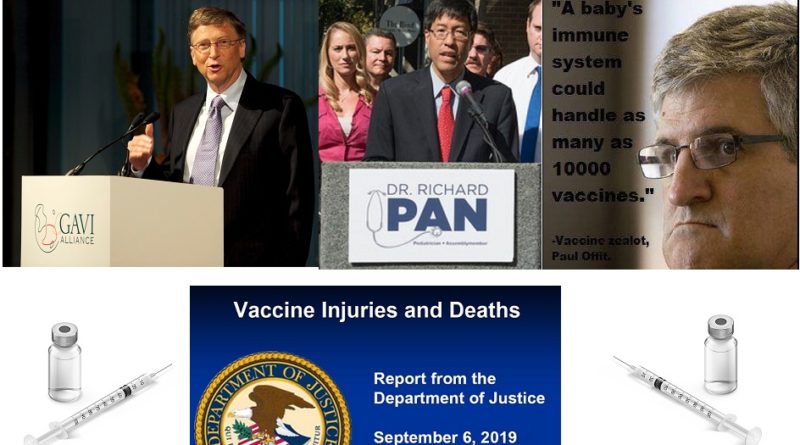 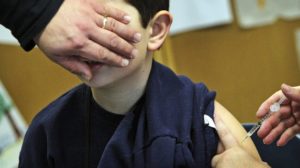 Early part of flu season ‘not as scary’ as feared, but CDC urges vaccinations The ominous signs for a harsh flu season have been lurking like the virus itself. First there was this year’s outbreak in Australia – sometimes a predictor of similar trouble in the U.S. – to the presence of the H3N2 strain, which carries an especially powerful punch. So far, though, the influenza virus has not begun to take the brutal toll it did two years ago, when 79,000 Americans died of causes related to the flu in the worst such spell this decade. In its weekly update released Friday, the Centers for Disease Control and Prevention reported two flu-related pediatric deaths this season, with influenza activity remaining low, though it has increased of late. The percentage of medical visits due to influenza-like illness nudged up to 2.1, which is still below the national baseline of 2.4%. In addition, Louisiana and Maryland were the only states that showed widespread cases of flu. 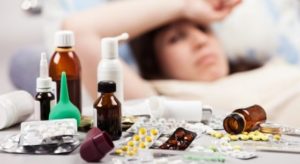 Drilling Down Into Flu Deceptions And Mind-Boggling Lies Not every mainstream medical professional is trying to lie about the flu. Most of these people, as a result of their indoctrination, simply assume conventional wisdom is true. But as you move toward the top of the ladder—for example, public health agencies like the US Centers for Disease Control (CDC)—there are definitely some first-class liars on board. The information I’m about to spring on you—and I’ve posted this before—is in the category of: HOW CAN THAT BE TRUE? IF THAT WERE TRUE, THEN EVERYTHING I’VE BEEN TOLD AND EVERYTHING I’VE BELIEVED IS INCREDIBLY FALSE. And that’s a problem for many people. They would rather hold on to a falsehood than shift allegiance to the truth, when the truth makes them view authority figures in a whole new light. 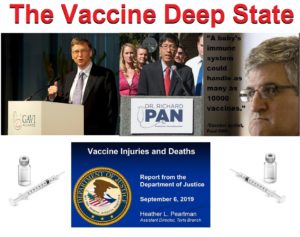 The Vaccine Deep State: Controlling the Media and Government to Suppress Vaccine Facts Who coined the term anti-vaccine or anti-vaxx? The derogatory term “anti-vaxxer,” which has been championed by the media and the medical industry’s experts who function as the media’s talking heads, are merely people who question the efficacy and safety of a heavy-loaded vaccination schedule for children. And this does not represent a small group of dissident individuals and parents. Rather it represents hundreds of thousands, or perhaps millions, of people in the US alone. We might consider mainstream news sources, such as the New York Times, once a highly respected newspaper, now becoming a propaganda vehicle for “manufacturing consent.” In his book Public Opinion, political journalist Walter Lippmann, coined the expression “the manufacture of consent,” which was later further elaborated upon by Noam Chomsky in his critically acclaimed book Manufacturing Consent: The Political Economy of the Mass Media published in 1988. 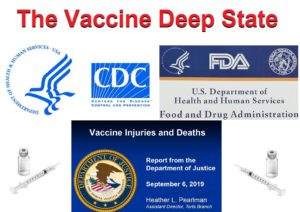 Vaccine Scientific Denialism: The Vaccine Deep State’s Control Over Public Policy by Ignoring Real Science Scientific denialism is rampant and the nation’s vaccination policies are criminally medieval, based upon faith rather than reason. This includes efforts to fund independent studies to confirm or negate many of the more disturbing conclusions found in much of the peer-reviewed literature. Among them are: 1) The role of rising toxic levels of aluminum adjuvants in fully vaccinated children with neuro-development disorders compared to unvaccinated children. The Vaccine Deep State categorically denies that aluminum in vaccines has any role. More disturbing, our federal health officials have been fully warned by experts in this field. In his How to End the Autism Epidemic, attorney JB Handley provides excerpts of letters sent by three of the top researchers in aluminum toxicity to the CDC, FDA and National Institutes of Health 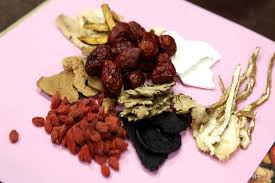 Chinese traditional medicine must be regulated: Europe doctors Top European medical bodies demanded Thursday that Chinese traditional medicines be subject to the same regulatory oversight as conventional Western methods, despite recent WHO recognition of their use. “Just because the World Health Organisation includes a chapter on Traditional Chinese Medicine in its new International Classification of Diseases, it is not automatically safe to use without robust evidence,” Professor Dan Marhala, President of the Royal Swedish Academy of Sciences, said in a statement issued by top European medical and scientific bodies. The European Academies’ Science Advisory Council (EA SAC) and the Federation of European Academies of Medicine (EAM) said European lawmakers must protect the health of European citizens. 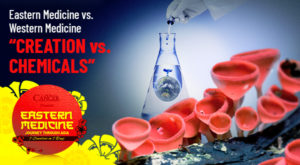 Eastern Medicine vs. Western Medicine: CREATION vs. CHEMICALS It wasn’t too long ago that I believed that the term EasternMedicine was synonymous with “Eastern religion” and was nothing more than “woo woo” medicine, whereas Western Medicine was “scientifically proven” and “time tested.” Little did I know that I actually had it backwards… What do I mean by that? Eastern Medicine is focused on utilizing herbs, plants, sunlight, energy, and other natural healing modalities and substances that God created. In other words, Eastern Medicine is actually creation medicine. The truth of the matter is that since the Garden of Eden, plants, herbs, trees, and roots have been used in a therapeutic fashion to heal the body, mind, and spirit. And that’s another facet of Eastern Medicine that needs to be emphasized. Eastern Medicine realizes that the spiritual, structural, psychological, and emotional aspects of a living being are all interconnected and that to treat an individual you must treat all aspects. In other words, you can’t simply treat human beings with chemicals and drugs and expect meaningful results. 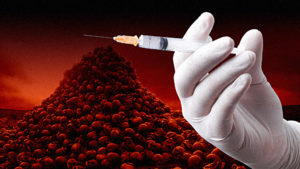 Bombshell: After finding of hundreds of cancer genes in MMR vaccines, FDA researcher admits viral cells in vaccines may “activate” genes and spread more disease The U.S. Food and Drug Administration (FDA) has published the results of an eye-opening investigation which found that the cellular matter used in the manufacture of many childhood vaccines is often contaminated with serious disease-causing viruses. Conducted by Arifa S. Khan, PhD, the study looked at viral-based vaccines like seasonal flu shots that are made from living cells, or replicable cell substrates. As it turns out, these continual growth cells are oftentimes contaminated with hidden viral fragments that are tumorigenic in nature, meaning they have the potential to cause cancer. These viruses tend to be latent, meaning they live “quietly” inside cells before eventually making their presence known later on down the road in the form of chronic disease. Thus, a person injected with a vaccine containing these cancer-causing viruses may not suffer the health consequences until long after he or she was jabbed – we’re talking many, many years, in some cases.

My name is Najme, and I’ve been following you for a few years through different health websites, such as The Truth About Cancer and your own website. Your humane attitude to help the patients has touched me since then. I lost my own mom to breast cancer when I was only 12. I can still remember the pain I was going through during that time when I was only a child, and even now sometimes. Since then my whole life has been centered around completing my education in cancer field. I got my PhD in Cancer Biology, and it was during my postdoctoral training that I realized this is not the path to lead me to what I was passionate about one day -curing cancer. So I stepped away. Until I can find the right path to truly help cancer patients, I will not come close to our traditional cancer research anymore.

However, this is not the reason I’m writing to you. I’m writing, as my very dear 57-year-old relative is now struggling with stage IV breast cancer. She was diagnosed 5 years ago with stage III Infiltrating Ductal Carcinoma, and went through traditional treatments, which obviously didn’t cured her. She’s having pain in her metastasized liver and oncologist has recommended more chemotherapy, which she’s refusing to do. I know there are several cancer centers in Mexico, that I learned about through listening to many docu-series. But unfortunately I didn’t take notes. I have googled some, but I wanted to get an expert opinion to see which one is worth trying and avoiding any scams. Eventually I turned to The Truth About Cancer team and they provided me with the lists of their experts. You were one of them. I know you are not able to give me a single name, but I humbly ask expert opinion to provide me with some options, and we will narrow it down according to our own research. My relative is in Iran, and due to lots of sanctions imposed during the recent years, the money value back there has gone down dramatically. She has to sell her house in order to be able to afford any kinds of treatments that are not covered by insurance. That’s the reason I really want to put her in touch with the best clinics in Mexico, and not with something that is scam and not trustworthy. On a side note, I’ll have to say that due to travel ban that was ruled here against Iran in 2018, she cannot come to the US. So she’ll have to go directly to Mexico after granting a visa. Your help means a lot to me and her!

I’m sorry for the long message, but this is very important to us. Please feel free to share my story with any of the doctors you are in contact with who might be helpful for any advice. Thank you so much in advance, and I look forward to hearing from you!
Best,
Najme Faham, PhD 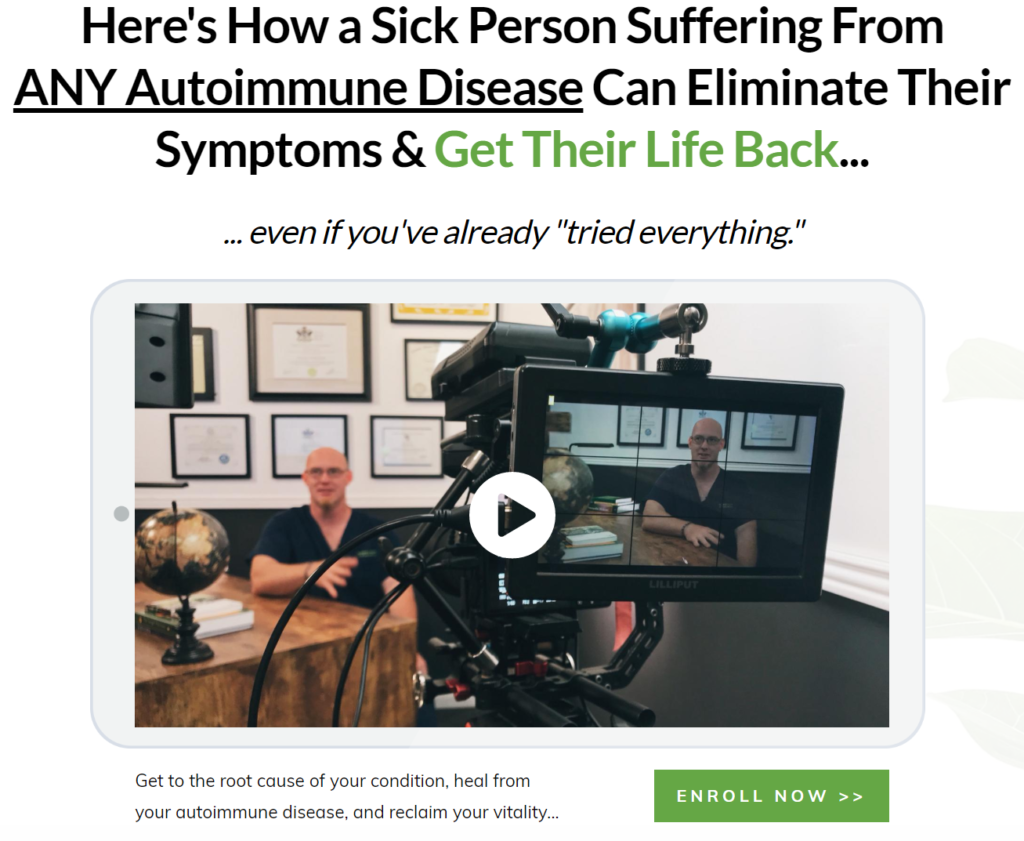